Just like the start of a horror movie, it was just past midnight on April 26, 1986, when reactor No. 4 at Chernobyl Nuclear Power Plant began the meltdown that would result in a full-on nuclear explosion.

Until the growing threat of climate change, the Chernobyl catastrophe was the world’s worst man-made disaster on a social, cultural, and environmental level in spite of the fact that the official death toll released by the Soviet government remains at an unrealistic 31. Craig Mazin’s Chernobyl and its five episodes of creeping dread could not have come at a better modern socio-cultural and political moment as the US administration continues to taunt North Korea over their nuclear aspirations and an unhinged wannabe-autocrat holds the codes to America’s own nuclear arsenal. 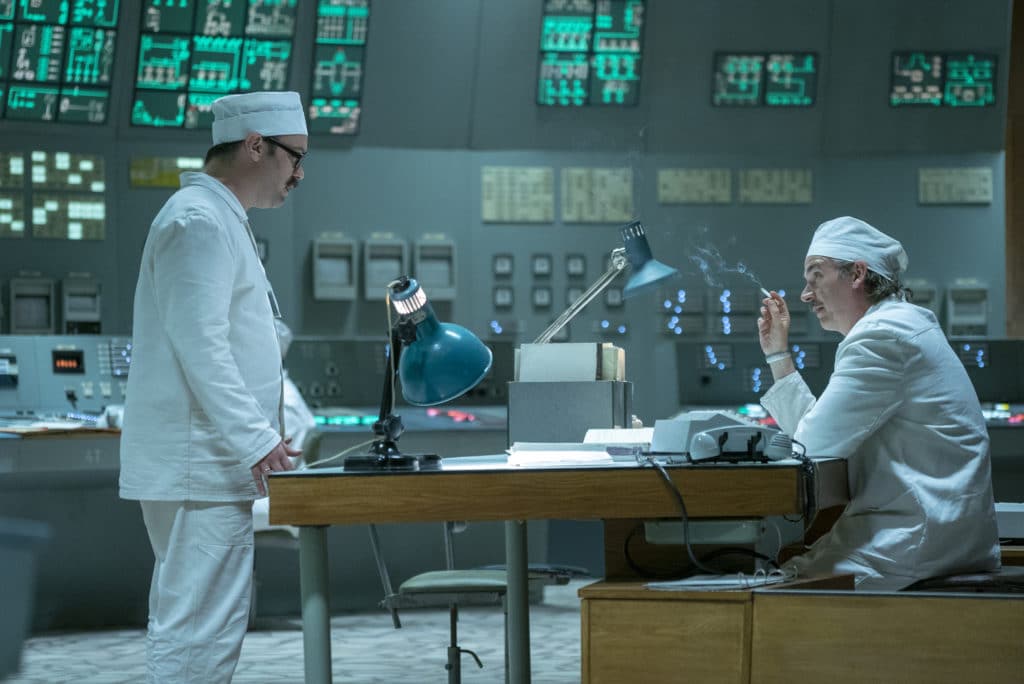 I had just celebrated my seventh birthday earlier that month when the news of the Chernobyl disaster broke through the Soviet cloud of disinformation and appeared on international networks. I was already a baby horror fan, watching films like An American Werewolf in London and Alien long before I should have been, so this real-life horror story grabbed my attention immediately. But none of the grown-ups would talk to me about it. For the next couple years, and especially after a move to Pakistan — one of Russia’s allies — that had me going to school with many Russian diplomats’ kids I was obsessed with Chernobyl. As we learn in Mazin’s dramatization of the events, actual truth about the incident was not making it out past the USSR’s borders. So I read books about nuclear power, apocalyptic novels like Stephen King’s The Stand and microfiche opinion pieces about what happened in Chernobyl and what it must have been like for all the people who had been removed from the exclusion zone. And those who had been forced to stay behind for the cleanup. I researched results of the nuclear bombs dropped over Nagasaki and Hiroshima as well. Yes, I was and remain a very strange and nerdy girl. 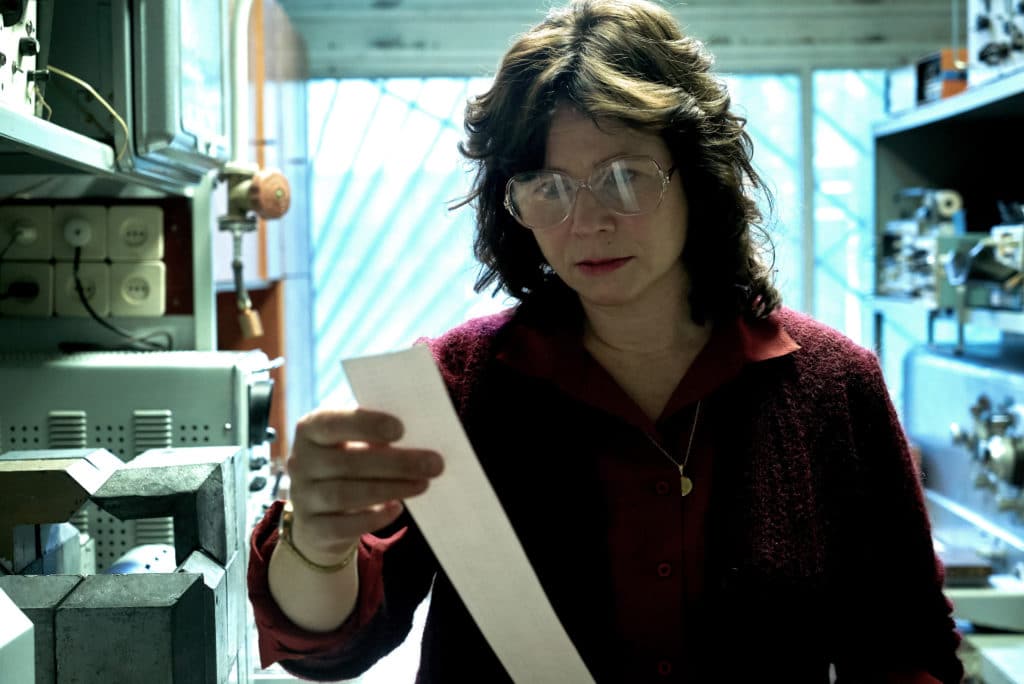 But even having read so much about these events, nothing prepared me for the visual brutality of watching it all play out in Chernobyl. The rupture of nature and humanity as it bumped up against the USSR’s restrictive state socialism was often physically painful to watch. The bodies ravaged by radiation poisoning gave The Walking Dead a run for its gruesome money, and the stomach-churning scenes of children playing in the ashes of the nuclear explosion as the reactor glows in the distance was almost too much to take. And that was just the first two episodes of Chernobyl. By episode four, with the “animal control” duty and the “biorobots” (aka humans) devastation I’ve actually been ruined for horror. I have seen some terrible things, but absolutely nothing compares with these five+ hours of Mazin’s dark vision. 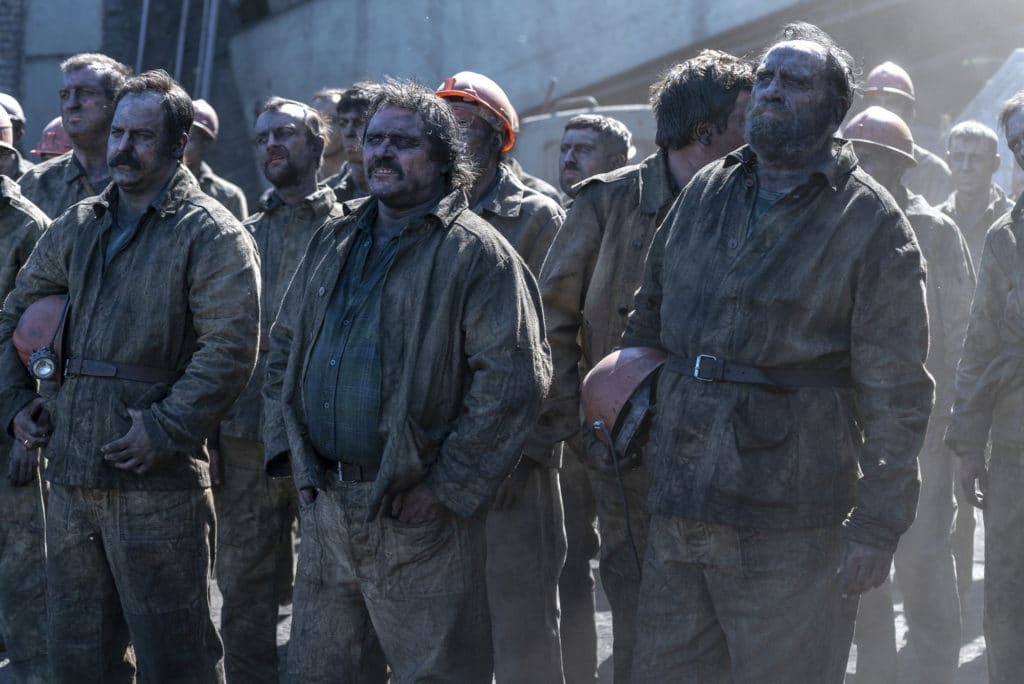 And Chernobyl paints a social and political picture that is sadly far deeper than the horrific event itself. Because the USSR had positioned itself as the ultimate Communist state, their propaganda machines went straight to work undermining the reality of the situation. When nuclear physicist Valery Legasov (Jared Harris) is conscripted to assist with the cleanup, he is told that asking questions about why this happened is un-patriotic. Since nearby Pripyat was the poster city for Communist excellence, the man in charge of cleanup Boris Shcherbina (Stellan Skarsgard) says, “The official position of The State is that a global nuclear catastrophe is not possible in the Soviet Union.” Their misinformation attempted to bend the truth to their desired narrative. But as always, the truth eventually prevailed. It just took decades for it to happen.

Arguably one of the most striking things about Chernobyl is its sly call-out of the current American political regime through the lens of the fallen Soviet Republic. The irony isn’t lost on anyone that the forbear of the country who meddled in an American election in 2016 would be made up of the very kinds of incompetent and self-serving people we see in power in America today. The USSR’s anti-intellectualism platform demoted qualified and educated civil servants and replaced them with everyday Vladimirs whose only credentials were that they had been chosen to follow orders. This intelligence gap is exposed time and time again as Legasov and his comrades try to clean up the planet-altering mess made by people who were incapable of admitting they didn’t know what they were doing. Due to this gross negligence, the human and environmental toll was astronomical. Chernobyl still has dangerous levels of radiation present, all these decades later.

In the show the character of Belarusian nuclear physicist Ulana Khomyuk (Emily Watson) is actually a composite of Legasov’s team, a fact revealed in the closing titles of this gripping miniseries. Since there were several women on the team, I really appreciated the composite character being a woman too. 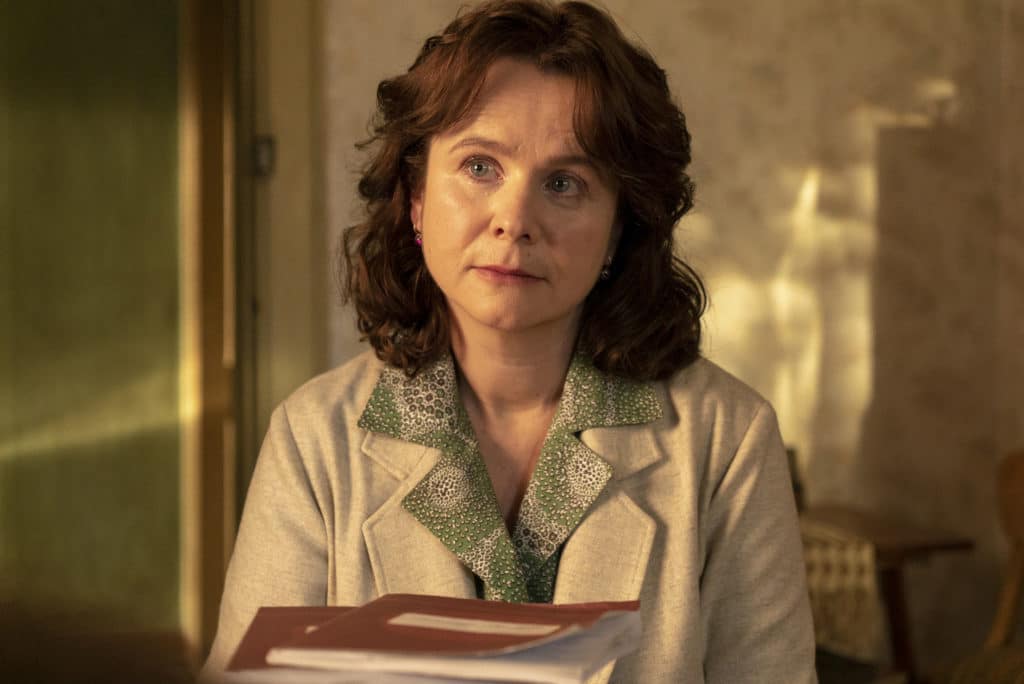 Watching Watson, Skarsgard, and Harris in their scenes together sometimes felt like a play. It was often too close to real, which only made the reality of the Chernobyl disaster more dramatic. The supporting cast as well put their all into these brutal performances. There was not even an extra who was remotely out of character. They attacked this story with the same kind of grim resolve the real folks would have done all those years ago. When I said I’ve never seen anything like this, I mean it down to the last people we see on screen. Mazin and his crew did something truly exceptional here. Elemental real-life disaster horror turned into a work of detailed art.

Chernobyl is the reminder we all need of why studying history and the humanities is so vital to human survival and civilization. Otherwise history continues to repeat itself. This is a narrative about what happens when mediocre, unintelligent, unqualified, power-hungry and anti-intellectual men rise to leadership roles they don’t deserve by a long shot. Sound familiar? We have a new scourge of right-wing extremists in the West who also pride themselves on their anti-intellectualism. And wealthy conservatives who encourage this ethos. Because the proletariat — the everyday Joes —  will make different decisions when they are ignorant of choices or lack critical thinking skills. They are far easier to manipulate, rob, and incite to violence if it doesn’t occur to them to question or speak back to power. Chernobyl is a terrifying vision of the things that petty people will do to stay in power at whatever human cost it might be. 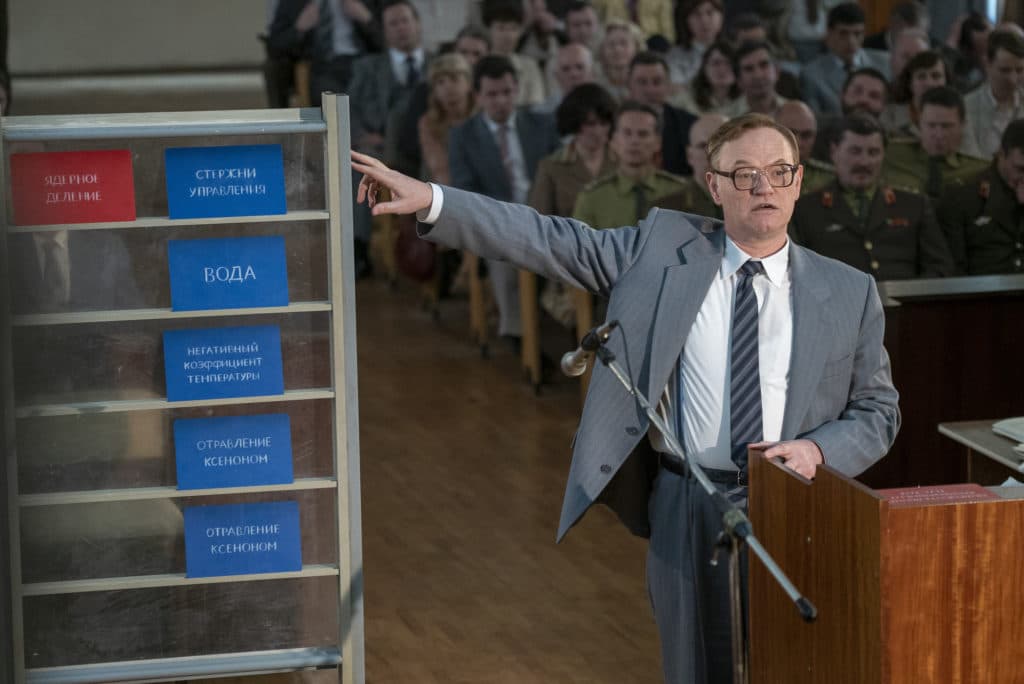 Over 600,000 conscripted men were sent to Chernobyl to assist in the cleanup. It’s chilling that the Soviet Union made no records of these men’s fates, even though we well know that they all died before their time. Sooner or later. And it took Legasov’s suicide to release the tapes of his memoirs, which finally prompted the USSR to fix the original problem in all the reactors in the USSR that had caused the blast in Chernobyl’s reactor No. 4. More than two years after the event itself. Party over country. Crew expendable.

In his closing statements at the show trial of the men where blame was ultimately placed, Legasov says:

“We’re on dangerous ground right now. Because of our secrets and our lies. They’re practically what defines us. When the truth offends, we lie and lie until we can no longer remember it is even there. It is still there. Every lie we tell incurs a debt to the truth. Sooner or later that debt is paid.”

Seeing the parallels between what happened in Chernobyl through Mazin’s show — even though he has taken some creative liberties in the narrative — and the slow-motion disaster we’re seeing unfold under the current American political regime, I pray to the old gods and the new every day that Legasov via Jared Harris is right. The world cannot survive another Chernobyl. More importantly, we shouldn’t have to.