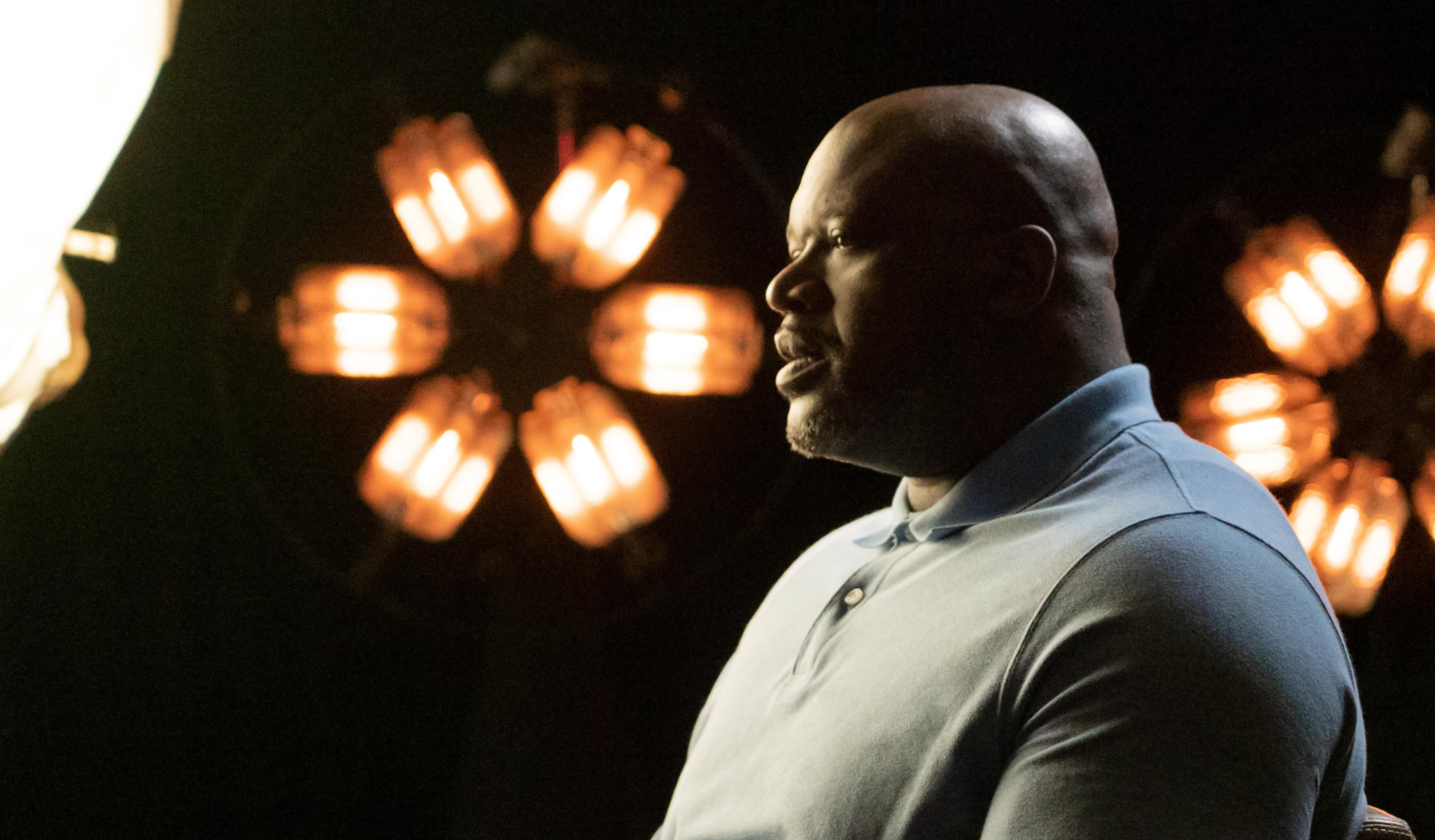 I will give you a full disclosure: I am not a sports fan. Moreover, I am not a Los Angeles sports fan. I live in the city, but when the Lakers won the 2020 NBA championship, I was unsure of why people were setting fireworks off near the I-5 freeway. I disclose all this so you know that there’s no bias when I say Hulu’s Legacy: The True Story of the LA Lakers is often a supremely interesting and occasionally intensely moving docuseries.

The Antoine Fuqua-directed series covers roughly twenty years in the basketball team’s history, from the 1980s’ Showtime era, to the mid-nineties Lake Show, to the early-aughts’ Kobe-Shaq days.

Divided into six parts, the series chronicles the formation of the Lakers as a legendary enterprise. The first three episodes cover the 1979-1991 Showtime era, a period named such because it is when real estate mogul Dr. Jerry Buss purchased the team via some unorthodox methods involving mass property liquidations and the Chrysler Builder and made the Lakers a show-stopping Los Angeles team. From these episodes, we learn about how Irving “Magic” Johnson made it onto the team; how Kareem Abdul-Jabbar took this as team captain; and what a series of head coach changes, resulting in Pat Riley’s iconic tenure, did to revitalize a team in a sport that, at the time, was less popular than Major League Baseball and college football.

For people who have seen HBO’s recent series Winning Time: The Rise of the Lakers Dynasty, this will all seem very familiar. Being one of these people, I wondered if Legacy would lose steam quickly covering such similar ground. Luckily — and I’d imagine this was the point of the entire exercise — what Winning Time lacks that Legacy has in spades is the full participation from those intimately involved.

Everyone’s here: Magic, Kareem, the Celtics’ Larry Bird. And that’s just from the Showtime years. As the story progresses, we see seemingly everyone involved who physically can be. For later episodes, we get Nick Van Exel, Rick Fox, Phil Jackson. Shaquille O’Neal even makes a grand entrance at the end of Episode 5 to mark the momentousness of his involvement with both the series and the Lakers team itself.

Besides this, we get interviews from Dr. Buss’ children, especially the older ones whom Buss kept involved in the family business of owning the Lakers. This is the second and, unfortunately, less interesting connotation of the word “legacy” — that is, what Dr. Buss meant to bequeath to his kids.

If Legacy fails to keep interest when it is discussing the at times fractious relationship between Dr. Buss’ children, it is because Winning Time has made the family’s woes far more engrossing thanks to the latitude inherent to fiction. In archival interviews and those provided for the show, the now-adult children (in their early twenties and thirties for most of Dr. Buss’ early tenure) tell us things about their relationships we’re just barely interested in.

Jeanie Buss shines as the young daughter Buss groomed to become one of the few women in an NBA owners’ meeting, but her siblings fail to give any absorbing insight into their childhood and mentalities other than the fact that their father was a workaholic who wasn’t around much.

In the midst of an episode discussing the dark post-Showtime days, the last thing I want to know is how Jimmy was really getting into horse racing, but his father wanted him to spend more time at the Forum, the Lakers’ home stadium until the Staples Center was built. The family drama, save Jeanie’s segments, ends up being the weakest part of an otherwise strong series.

As the 1990s drag along for the Lakers, we watch players come and go, and the team can’t seem to win a championship to save their lives. It is here where I, whose knowledge of the Lakers ends exactly where season one of Winning Time does, wonder how Legacy will keep up interest. Amazingly enough, this is what the Lakers of the time were feeling as well.

The second half of the series concerns itself with the mid-1990s slump in sales and player performances. How can one repeat or live up to the iconic run of a previous decade? Nothing lasts forever, and as Showtime players retired, the next generation of Lake Show Lakers had to find their footing on a trail that was always going to be difficult to follow.

We see fans become disenchanted. We see new coaches try everything to get a talented team focused enough to not get swept out of the playoffs. The oscillation from fame to infamy is crushing to watch, but the pendulum swings back once brash, gregarious Shaq and taciturn, determined Kobe Bryant join the team near the end of the decade.

The final episode revolves around Shaq, Kobe, their egos, and their eventual partnership that led to three consecutive championships between 2000 and 2002. For some reason, in a move that makes the six-hour long series somehow feel truncated, they never touch on Kobe’s passing or even his life post-2002, which included sexual assault allegations that briefly tarnished his reputation. The documentary seems to realize that stories never really end, but its choice to cut things off so abruptly is nevertheless perplexing.

Legacy is riveting television and necessary viewing for anyone who wants to know what certain eras were really like for the Los Angeles Lakers. Fans of Winning Time, a show it is nearly impossible not to compare this series to, may be shocked that John C. Reilly’s take on Dr. Buss actually changes the man from what he was — an almost prosaic entrepreneur — to an energetic, borderline childlike playboy. They may finally realize what both Magic Johnson and the HBO series’ creators have said: it is not entirely true to life. And it doesn’t necessarily have to be. They set out to make good historical fiction, not a documentary.

However, with Legacy, director Antoine Fuqua, along with co-executive producer Jeanie Buss, did and has done so.

While one wishes they would have omitted some topics (the Buss’ family woes) and expanded upon others (the fallout from Byron Scott refusing to “condemn” 1992 LA rioters), the overall effect gives one the feeling that the journey never ends, but there are certainly some peaks and valleys worth traversing. I had a blast watching it. I may not know sports, but I’m certain of a great narrative.

Legacy: The True Story of the LA Lakers premieres August 15th on Hulu.