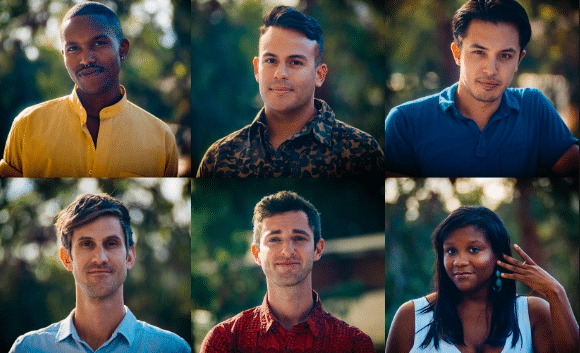 The multi-episode trilogy web series I’m Fine captures with total perfection the nuances of what constitutes relationship and personal fulfillment.

The show with its brevity ignites the faculties of critical thought. For anyone looking to explore the foundations of relationships, this particular show focuses on the exploration of identity, monogamy, shame, and the obstacles between gays and dating. The show poses philosophical questions that everyone should ask themselves before jumping into a relationship, such as, “Am I fine?”

The creator of I’m Fine, Brandon Kirby, has produced a work that will awe anyone who is familiar with the gay dating scene (such as myself). The show will have audiences asking, “Did Kirby take this out of my life and cash in on it?” Kirby dives deep into the relationships of a group of friends, each one with their own personal struggles, to try to understand who they are and what they are looking for. 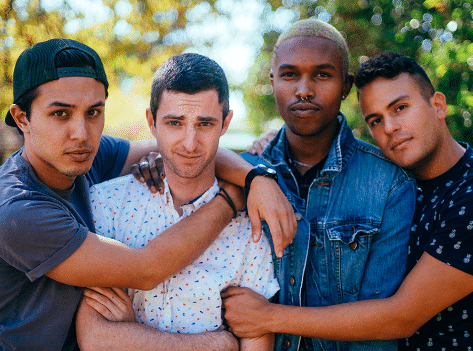 This sophomore season starts where the previous season left off, with just as many difficult questions and situations that force a deeper understanding of what defines a relationship. The series prompts significant questions, such as: Why do we feel the need to have definitions for relationships or even for ourselves? Why do we shame others for actions we consider acceptable in our culture, i.e., drag? This show creates a balance between the structure of the gay dating scene and the expectations we establish for ourselves.

The scenes are brought to life with the help of spectacular cast members. Frankie A. Rodriguez plays Mick, an unapologetic twink who is exploring the dating scene and learning more about who he is as a person. Rodriguez, an up and coming Latinx actor, has also been cast as a series regular on Disney’s High School Musical: The Musical: The Series. Lee Doud plays Jeff in I’m Fine. He’s dating Zachary (Will Branke) in a relationship that is perhaps more typical for gays— specifically, an open relationship. Brittney King plays the character Nicole, a black woman who tries to explore her own sexuality with another female co-worker. Each storyline brings a different side to the concept of dating.

While the show does not primarily focus on sex, it is still a portion of it. I’m Fine closely mirrors the concept that Sex and the City in its prime brought to the general public: Relationships are hard for people. Straight, gay, bi, or anything else, dating is tough, and there is not a one size fits all. Especially when you take into account what the standard monogamous relationships are and how they do not always fit into an individual’s lifestyle.

The notion of relationships is explored from the perspective of a diverse cast. Even with different backgrounds and perspectives, each reveals how close our experiences are and how we can relate despite differences. Aspects that divide us are age, sexuality, race, and even wealth, but this show does a great job of bridging those differences by allowing us to see the person beyond those characteristics and what people have to offer beyond sex (a topic that most gay shows focus on only). 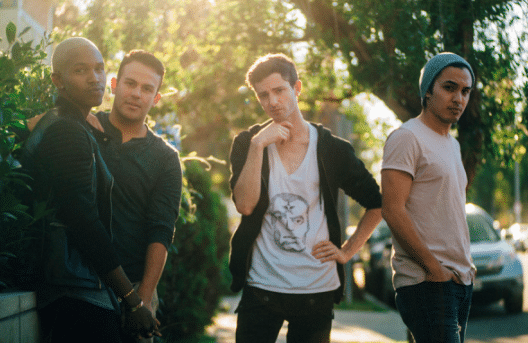 A key component that makes I’m Fine so different from the run-of-the-mill series is that at its core, it has more going on than just sex. Each person has the potential to grow beyond the sheer sexiness of the culture. To be gay is to find men attractive, and sometimes that means liking a man that is unavailable (i.e., straight). It is this kind of relationship that does not usually work out, even though it is perpetuated and sustained through the actions of gay community members. The show allows its characters to be happy outside of the desire for something outside their reach.

I’m Fine does a beautiful job at presenting the realities of gay relationships, that maybe monogamy is not realistic in open or triad relationships. The show brings up hard answers to very complex relationships. Each character attempts to answer: What constitutes a relationship?

The topic of identity is at the core of this show. For example, Nate, who attempts to perform drag for the first time in his life, faces opposition from members of his same community. At a critical point, he asks why the gay community feels the need to make everything about identity. A performance of one act of drag does not constitute a drag queen — but instead is an exploration of freedom. Allowing oneself to explore and get out of one’s own comfort zone is what pushes the characters to understand different aspects of their identity. How far can we push ourselves in order to understand the fundamental ideas behind our identity?

The short series explores important concepts rivaling those of Sex and the City. While the length of each episode and season cannot be matched to Sex and the City, the concept of relationships reflects the same difficult questions many of us ask ourselves. But maybe the show does something Sex and the City did not—it shines the light on each individual person and asks us how we are. Will we answer, “I’m fine”?