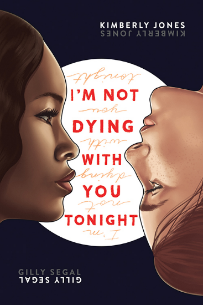 The young adult genre has been going the way of Teen Vogue in recent years — more engaged, politically aware, and socially righteous.

And personally, I’m a fan. I’m no stranger to YA, having once feared the thought of having to graduate to “boring adult books.” But despite dystopian being the hot subgenre of my high school years, it’s hard to remember many books that felt timely and grounded in a way that really reflected the world around me.

So nowadays, I’m eager to pick up books that promise to take on social justice issues, like racial division and the political climate, head-on and honestly, without the pretense of metaphors.

Lena and Campbell don’t know each other like that. Campbell is the new kid around town, and Lena is the fashion icon of McPherson High School. They’ve got little in common and have hardly exchanged two words with each other before they’re caught in a whirlwind of chaos. When the two are thrown together after a fight escalates at their school, they find themselves relying on each other to make it home safely as the violence around them escalates from brawls to full-blown riots.

This book wastes no time in showing just how quickly that escalation can happen.

We start with Lena obsessing over her adult boyfriend, Black. From the outset of this night, she’s determined to get to him no matter what. Despite the endless amounts of side-eye she gets from family and friends whenever she mentions his name, Lena knows he’s a catch. They’re going to be the next Will and Jada. Come hell or high water, she’s going to find a way to see him, and he’s going to be waiting for her — she hopes.

Campbell, on the other hand, just wants the night to be over so she can go home. Everything’s on a downward spiral for her in this new place where she was never meant to live. Friendless and (for the night) parentless, her one shot at socializing like a normal student fizzles to smoke and ash. Instead, she finds herself wandering the streets with Lena, who she finds both intriguing and intimidating.

Roadblocks, rioters, looters, and police officers all stand in their way while they both try to avoid their equally dangerous mental obstacles: Campbell trying to check her privilege before her ignorance can set Lena off, and Lena attempting to avoid the idea that her boyfriend might actually be kind of trash.

I’ll admit it took me a minute to get used to the changing perspectives. The book see-saws between Lena’s Ebonics and Campbell’s…well, lack of Ebonics. The action and details are very well-written, and as a narrative, the plot and pacing was very edge-of-your-seat.  I plowed through most of it in a single day, reluctant to put it down once things kicked into gear. Jones and Segal develop some genuine twists and unexpected moments that definitely made my heart leap.

The culture clash of Campbell and Lena operating within each other’s spaces felt real and authentic. The authors understand how to write anger and fear, using just the right sensory details to really place you in the girls’ shoes. However, despite how well they captured these emotions, I did have a lot of misgivings about the book.

While I appreciated the authors’ attempts, there were some themes that I felt weren’t handled particularly well. Lena, whose attitude and quickness to fight everyone who even looked at her the wrong way, painted very uncomfortable images of the Angry Black Woman stereotype. Campbell, in almost all respects, was the sympathetic victim who was just always in the wrong place at the wrong time. I would have liked to see more of Campbell’s white privilege in action and more of the troubled race relations of the city, rather than just being told about them through exposition. In many ways, it felt like the narrative was holding the white people at arms’ length, afraid to present them in too poor of a light, while less of that care was taken with the Black characters.

I’m Not Dying with You Tonight is definitely a conversation-starter, and I could see it being an interesting discussion book for a club or teen group. But reading as an adult, I felt it lacked a lot of the nuance that I not only enjoy as a reader, but that I also feel is integral to the subject matter it’s handling. It’s hard to imagine a young girl, Black or white, walking away from it with any valuable insight on microaggressions, profiling, or racial tension.

Experimentally, I also handed the book over to my 16-year-old cousin to read. Like me, she also finished it practically between sunrise and sunset. She was also frustrated by Lena’s presentation and found her a bit hard to sympathize with. But her final verdict on the novel was: “It was good.”

My final verdict: “It was okay.”

The book is now on sale at most major retailers.

Black Women Shine Fighting Against the Undead in ‘Dread Nation’