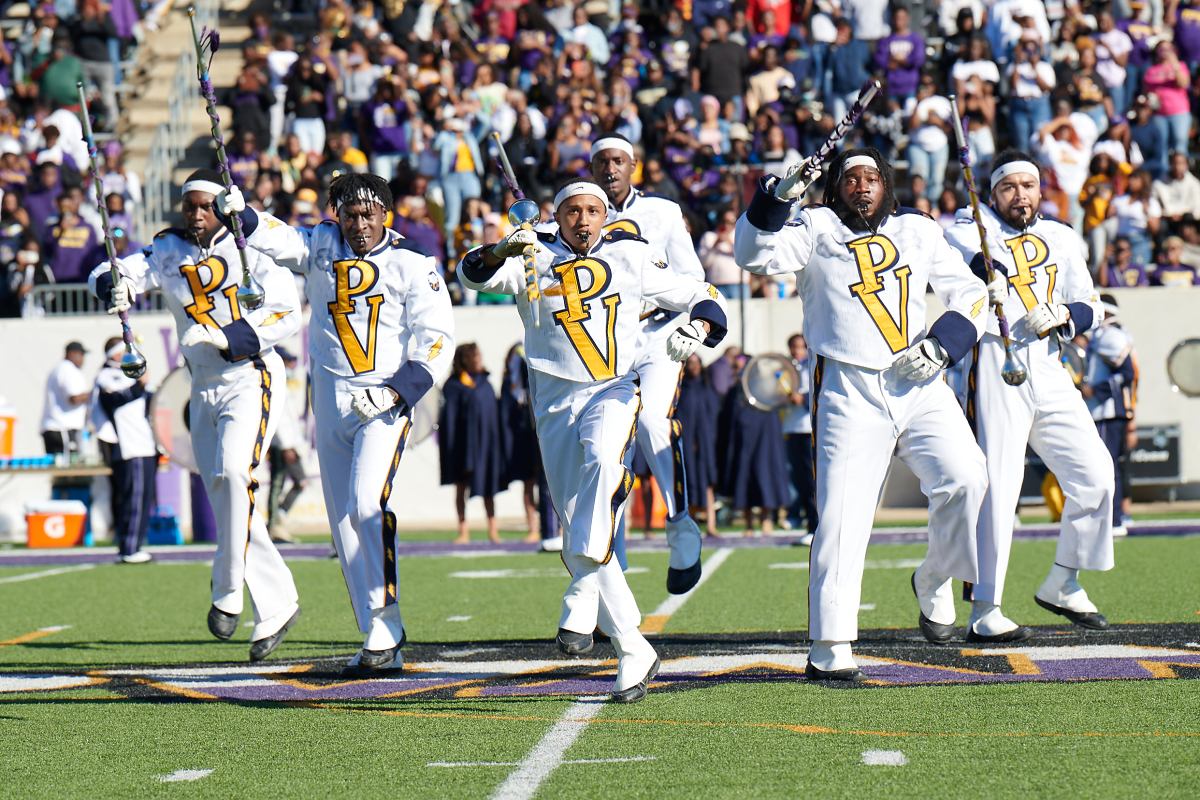 Docuseries March, premiering January 24, 2022, on The CW, explores the lives of members of the HBCU Prairie View A&M University Marching Band (a.k.a. the Marching Storm). The first episode focuses on different categories of the band: the drum majors (leading conductors), the Black Foxes colorguard (the dancers), and the committee (those responsible for the design of the marchers on the field).

I know it may seem strange to describe real-life people as “characters,” but the docuseries succeeds at character development of the college students and the faculty involved in the marching band. Although I could personally do without the first three minutes being framed as a trailer, the rest of the episode is able to maintain a solid focus on how hard-working each marching band member is whether they are still in the Marching Storm or not.

Kaylan, the leader of the Black Foxes, makes a legitimate point about the pressures of the dynamics of having to keep her fellow Black Foxes together, having coaches and band staff the loudest in her ear, while navigating her classes and preparing to graduate.

Cardavion, a student who was kicked out of the band for a conflict with another student named Martayvia, was not only hard working in the band as a euphonium player, but as a baker as well. She even baked cookies for her former bandmates and for the band director, Dr. Zachery, as a way to make her way back into the band. Shout out to the inclusion of students who defy gender expectations such as Cardavion in this series.

As someone who has been in marching band, I felt this docuseries is a realistic portrayal of how serious the craft is within marching band culture. I will also say it was nice to be surprised by how the existence of HBCU marching bands are not solely for the sake of being a pep band for a sports team. To quote a member of the Marching Storm, HBCU marching bands are “celebrities.” A lot of this celebrity status is aligned with their productivity as a unit, which I’m not sure is worth celebrating.

In the show, Dr. Zachery is furious at how ESPN’s The Undefeated ranked them at number eight in the Top HBCU Division while also being aware of how this will push the band for perfection to be number one. The level of productivity and passion in this band because of the desire to be number one, even though being in the top ten is still an admirable goal in of itself, scares me. The fact that every student in this nearly three-hundred-member band is still working hard during a time of COVID makes me question what their self-care practices are as college students. It also doesn’t help that Dr. Zachery has a history of working in the military.

Band will not be around forever, and the fact that all these factors make the band the primary focus in the majority of these students’ lives is not fun to see. What would the docuseries be like if it focused on students who enjoy being in band but their primary focus is other activities outside of it?

However, amidst the frustration of only ranking number eight lying within students such as Nehemiah, which causes him to shout at his peers angrily, passion and productivity also pushes Nehemiah and students like him to want to learn how to be kind to their peers. The theme of comradery helps the viewer see the benefits of teamwork through the drive to achieve excellence.

This series makes it perfectly clear that marching band is very much a sport. You can see all of the physical exertions right in front of you!

One scene that particularly stood out to me was when Martayvia apologizes to Dr. Zachery for the behavior that caused her to get kicked out of the band. When she asks if she can come back, he tells her no. He tells her no because he wants her to put the same passion she puts into the band into herself, especially due to graduation approaching for her. It was nice to see this militant band director gently put the needs of his student first.

I’m still unsure whether or not this docuseries will overall present itself as a way to glorify the pressures of “Black excellence” or critique it. Regardless, it will be heartwarming to see the culture of HBCU bands as well as the legacy of Black camaraderie as each episode inches closer to their university’s homecoming celebration.

Be on the lookout to watch March on The CW!