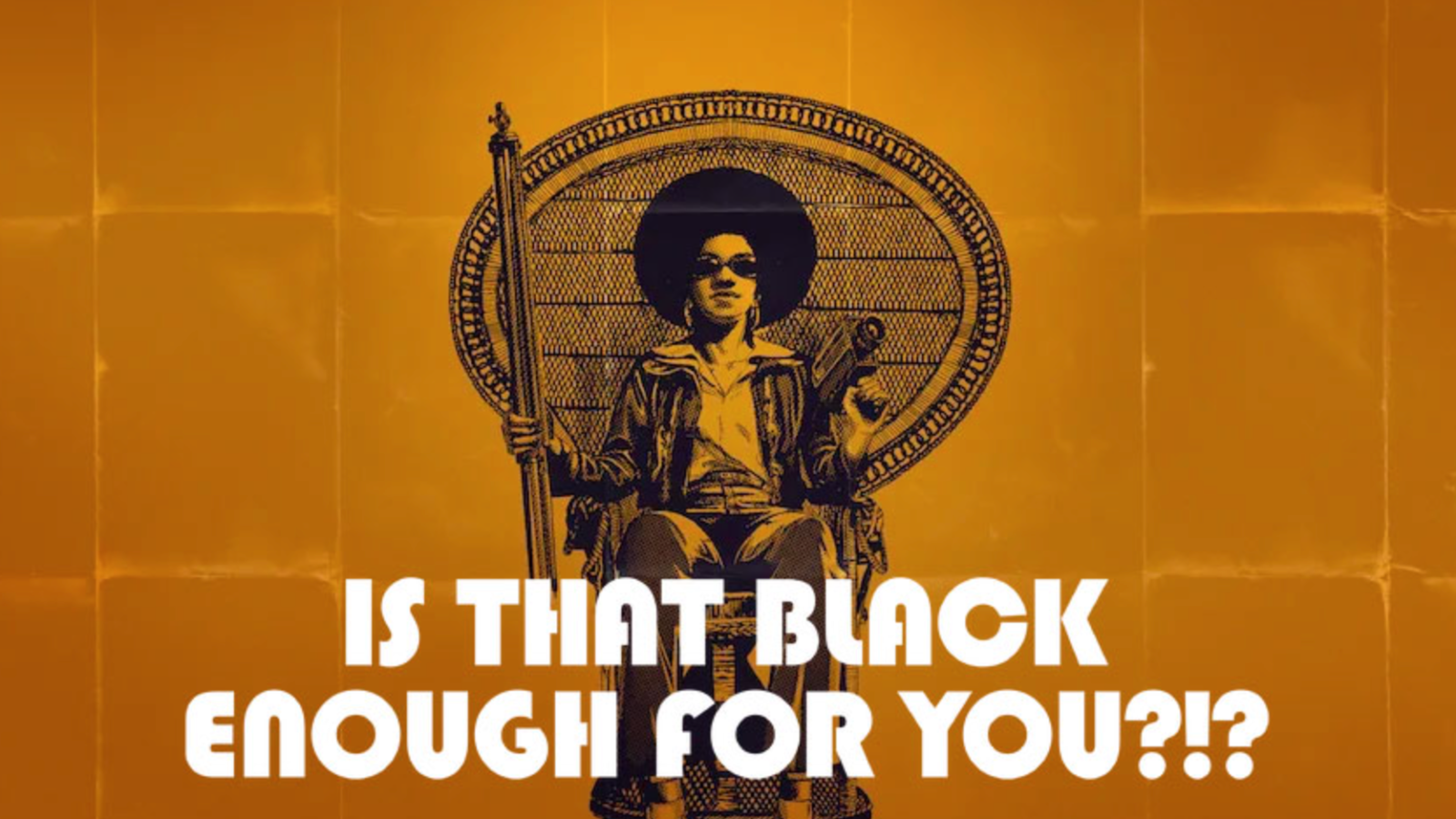 Is That Black Enough for You?!? is a documentary that adds insight and detail to an unsung era in Black cinema. The film is written, directed, and narrated by famed film critic Elvis Mitchell.

You can’t predict your future without knowing your past, and Mitchell is an amazing researcher. He grew up in the era of Blaxploitation and saw firsthand the impact — both positive and negative — it had on Black film and the community.

Mitchell has always had a thirst for knowledge about Black creatives in the industry. As the co-producer of The Black List anthology, Mitchell has showcased iconic Black talents like Toni Morrison, Angela Davis, Whoopi Goldberg, John Legend, and more.

He can produce narratives that cut to the heart of whatever subject is in his sights. He not only speaks fondly of Blaxploitation films but also shows where there’s a need for accountability. He lets you know that the issue is personal to him, and he’s passionate about some of the asides he slips in. Yet through all this, he never loses focus.

He mentions, in particular, a certain irascibility with Sidney Poitier. He recounts how the actor was a bit dismissive of him, but he also speaks respectfully of him. You can tell he has a deep love and respect for Harry Belafonte and lost female talents like Dorothy Dandridge and Diana Sands.

The movie is set up in a typical documentary style, with clips from different films of the era and talking heads to supplement. But that’s the only way in which it’s typical. There are so much personal passion and love that this could be viewed almost as a retrospective or memoir. The talent is great. We hear from the likes of Laurence Fishburne, Zendaya, Whoopi Goldberg, Mario Van Peebles, and Samuel L. Jackson. These actors, save for the more contemporary choice of Zendaya, all came of age during the Blaxploitation era. The firsthand accounts of the film’s impact strengthen the documentary.

I’m inspired by learning more about the things that fell into the gutters of history. Film classes may touch on Blaxploitation, and you may get Shaft or Coffy mentions, but it’s rare to learn about why these films were created and the problems they were supposed to be an answer to.

Mitchell’s history goes beyond what the Dewey Decimal System can provide. He secured interviews with Belafonte, Billy Dee Williams, and Glynn Turman. These three actors are considered iconic, and yet a large part of their origins and involvement in the Blaxploitation era seems to be overlooked by mainstream media.

There’s a significant amount of anger, which led to action that included creation of Blaxploitation films. From the lack of diverse casting to the willful use of blackface and POC-face, Black entertainers were becoming more fed up, and finally, there was an emergence of opportunities to show it through art. Sadly, those films were exploited, which led to knockoffs that were made to cash in on the phenomena. But the original purpose and intent can’t be denied.

Even for films that may not have hit the cultural mark, it was thrilling to see Black faces and narratives on screen. Black creators were finally seen, which led to exposure but also exploitation. Mitchell goes on to document the way Blaxploitation films affected the film industry. The idea of a movie soundtrack being successful and serving as a marketing tool for a film came from Blaxploitation films. Huge afros and insolent attitudes now replaced the mammy and servant caricatures of older films.

Black audiences could finally see films that weren’t centered around a white person — films in which Blacks prevailed in any race conflict, in which they wouldn’t get the short end of the stick, and in which they got a chance to be heroes, but not just heroes. They could be the villains, the desirable love interests, the captives, and the captors all at once, and it was truly liberating!

Overall, Is That Black Enough for You?!? is an engaging film packed with historical accuracy and lessons not only about the way we create entertainment but also about the way we consume it. It delightfully explores the idiosyncrasies and often oxymoronic nature of this film era and our love for it.

The impact was undeniable, yet the exploitation was a huge part of why the era was bittersweet. A good example is Robert Downey Sr.’s Putney Swope, where Downey Sr. — unhappy with Arnold Johnson’s performance — dubbed over the lines himself, adopting a “blaccent” to complete the print.

It’s this blatant oversight — this comical question of “Am I Black enough for you?” — that truly makes this film a must-see. The minute we forget our history, the more likely we are to re-create it, and Is This Black Enough for You?!? teaches its lessons beautifully.

Is That Black Enough for You?!? is available now on Netflix.