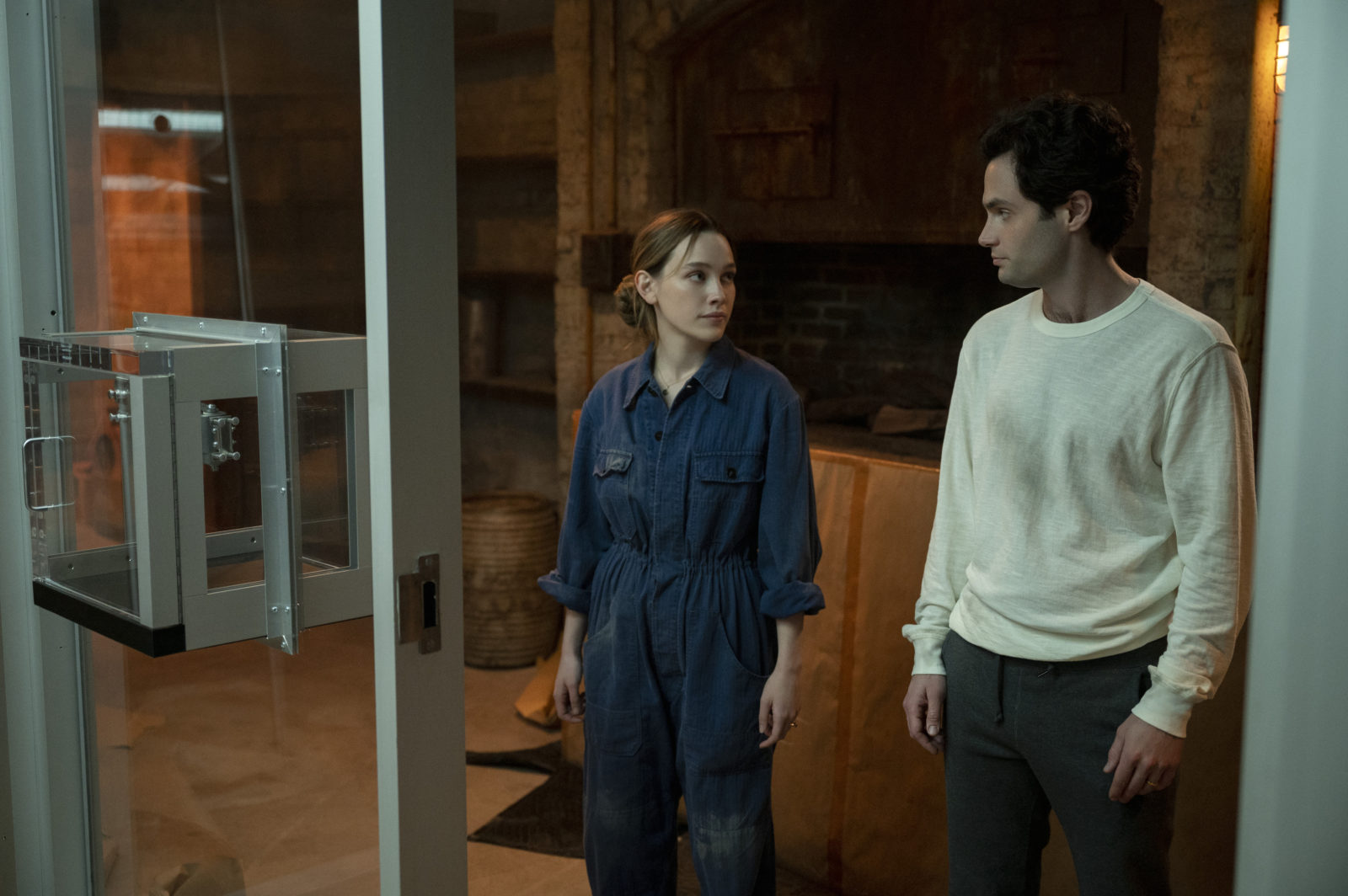 Warning: Contains spoilers for seasons one and two.

The highly anticipated You returns with a new season full of suspense and very dark comedy. Written and developed by Sera Gamble (The Magicians) and Greg Berlanti (Titans), Season 3 picks up where Season 2 left off, with Joe and his latest infatuation — the mysterious blond neighbor. We follow Joe and Love as they try to learn from their mistakes and keep their marriage together, all for their son, Henry.

Based on the novels You and Hidden Bodies by Caroline Kepnes, the first season introduced Joe Goldberg, a seemingly charming guy working at a bookshop in New York. Grad student Guinevere Beck walks into his store one day, and he becomes obsessed. That’s when we learn who Joe really is. He begins stalking her, inserting himself into her life, which he’s determined to fix for her. A few dead bodies later, Beck figures out just how messed up her boyfriend Joe is, discovering his creepy box of women’s underwear and teeth. She finds herself locked in the basement of his store, trapped in a glass cage, until he finally kills her. At the end, Joe’s past literally comes back to haunt him in the form of his ex-girlfriend Candace, the woman he thought he killed.

In the second season, Joe moves to sunny Los Angeles under the guise of a new identity. He thinks he’s found another woman to save. Love Quinn is sweet, intelligent, free-spirited, and new — all the things Joe loves in his targets. He puts up with her dysfunctional family and annoying friends, just as he did with Beck. Joe spends the entire season projecting his ideal romantic persona onto Love, failing to see the real her.

Candace catches up with him in LA, dating Love’s twin brother Forty to get as close to Joe as possible. Once again, no one believes her when she says Joe tried to kill her or the fact that she had to dig herself out of a grave. She ends up getting killed by the person she’s trying to protect — Love. Realizing that she has a history of doing this sort of thing, Joe, hypocritical as ever, feels he can’t be with this monster. He almost kills her, until she says she’s pregnant. Refusing to abandon his child, he stays with Love.

Season 3 takes Joe to the suburbs. Like in his previous settings, Joe’s inner monologue details all the superficial aspects of his new suburban life, which he frequently calls a prison. Madre Linda is an externally idyllic place — the best schools, the nicest houses, but the worst people. When we left Joe, he was grappling with the fact that he’d met his match in this woman he thought was pure. It’s both maddening and hilarious how Joe has the audacity to judge anyone, especially for killing. He’s delusional, living in his head, where he’s constructed this personal moral compass.

Joe is a lot. We know his traumatic childhood largely influenced where he is today. Since killing his abusive father to save his mother, in his mind, he’s become this protector of women. For some, this may seem noble, but with what we know about Joe, it’s become a twisted compulsion. Joe’s obsession with the idea of a perfect woman leads him down a familiar road, but now he’s a husband and a father. He can’t go full stalker so easily this time, but that doesn’t stop him from being creepy.

Possibly the most likeable aspect of Love is that she calls Joe out on his BS. She knows him better than anyone ever has and can tell when something’s off (more than usual). When she realizes that their neighbor Natalie might be a threat to her marriage, she demands that they go to couples therapy. Deep down, they have similar fears, making their time with the therapist highly emotional to watch.

Victoria Pedretti broke our hearts in two of Mike Flanagan’s shows, quickly becoming a fan favorite in both. She’s done the same on You as the perfectly imperfect (and deadly) chef with demons of her own. Pedretti is a force that pulls you in. You can’t help but cry when she cries, laugh when she laughs, and feel everything she feels. She and Penn Badgley both deliver devastating performances as their unstable characters, maintaining an incredible chemistry.

Actor Shalita Grant nailed the uppity, passive-aggressive role of Sherry Conrad, a self-described mom-fluencer who runs a successful blog and the leader of Love’s new friend group. Anyone who’s seen her as Cassidy in Season 3 of Search Party knows that she can expertly hit that vocal fry. It’s not as exaggerated with Sherry, though, and the characters are very different. Sherry is the queen bee you love to hate.

The show has been called a trashy, pulpy, melodrama. It may be those things at surface level, but it’s actually a well-written, thrilling show that explores our cultural and personal perceptions of love, relationships, and the idea of perfection. The deep emotional struggles of its characters go beyond psychopathy and narcissism, digging into the lasting effects of trauma, abuse, and abandonment.

This latest season of You does not disappoint. It brings back all the aspects of the show that fans love, adding new characters in a new setting, giving our toxic protagonists a new array of lives to infect. It continues to be painfully human and introspective, mocking ridiculous cultural trends and behavior with a relatable honesty. It’s equally addicting as before, with dark humor, anxiety-inducing situations, and plot twist after plot twist, so prepare for a 10-hour binge.

The third season of You begins streaming October 15 on Netflix.