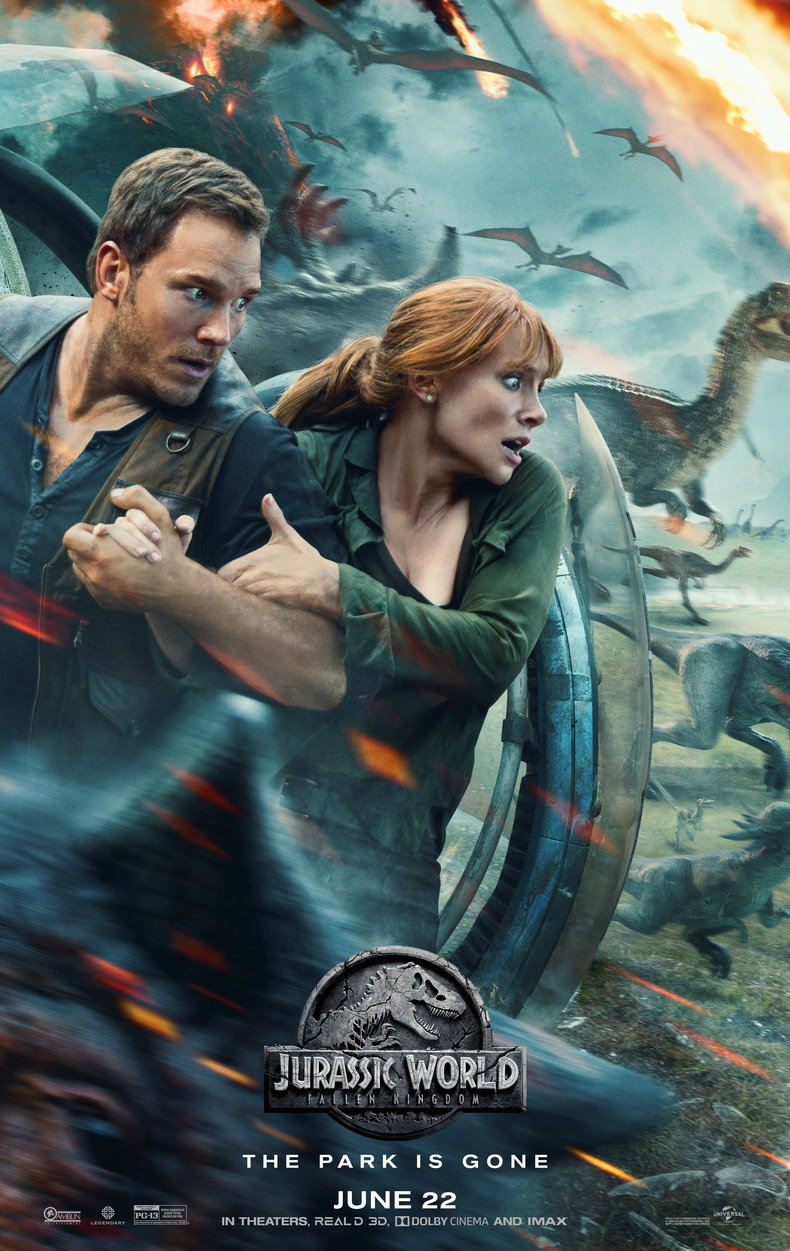 It begins like Jaws with the ominous track, the deep seascape. People who are in a place that they should not be in and doing things they know should be left alone. Pretty soon, the creatures attack and the humans are tossed around the screen like bloody toys. It’s an “us” versus “them” kind of situation, and “they” are very hungry with huge teeth. That’s a very tired trope in the Trump age, but the reality of the situation is that larger character is to establish herself in this film, one that director JA Barona has experience in casting. She is Mother Nature, the most violent, heartless and destructive character in one of his previous films The Impossible. In Jurassic Park: Fallen Kingdom, Mother Nature joins that cast as a harrowing force that drives the Jurassic legacy into its next stage of evolution.

Nature comes in the coincidental volcanic eruption that forces the evacuation of Isla Nublar once and for all. The timing is perfect with the eruption of Mt. Kilauea in Hawaii, not far from where the movie was shot. When I asked director JA Barona about the eruption and its emotional aftermath, he responded with one of Nature’s inevitable truths, “All things must come to an end.” And it does in spectacular form. (Bring tissues because that ending a tearjerker.) 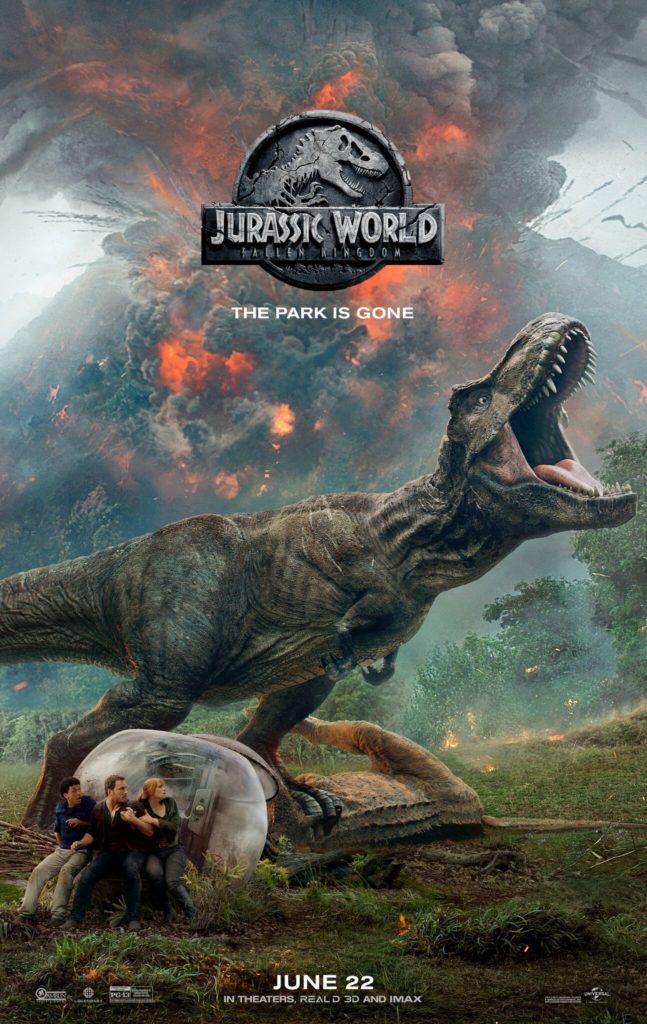 Early on, Franklin, played by Justice Smith is introduced as a character who harkens back to the Deniss Nedry—the villainous tech nerd in the first Jurassic Park film. Franklin is Claire’s employee and a purer soul. However, he does bring the nostalgia in his fear of the dinos and constant complaining about everything. Danielle Pineda plays Zia, an animal rights activist who also works with Claire in her new nonprofit to save the animals on Isla Nublar.

Claire succeeds in finding a donor to take the dinosaurs away, but they want her old flame Owen along to help capture Blue. There is a bit of backstory between the two characters, but I am so glad the Barona and writer Colin Trevorrow decided to keep the romance sappiness off-screen. Doing so allows the plot to keep up its swift momentum as things head into the most nefarious situation yet, situated deep inside the Lockwood Mansion. There, co-creator of the Jurassic Park original dinosaurs was living out his retirement, in a home with the bones of his creations and a granddaughter no one knew he had. Mother Nature pushes all these elements together into a rapidly spiraling chain of events that quickly become out of everyone’s control.

The Easter eggs abound (the amber on the head of Lockwood’s cane, for example) through the film that seems to be converging on a louder message of environmental responsibly and spotlight on animal activism. Two things that the older films only touched on. In fact, “Save the Dinos” is a marketing slogan in the movie. Bayona simply plays with the old elements of the Jurassic stories and teases the new elements in slowly. It isn’t until the audience is fully invested that the story becomes something sci-fi nerds will salivate over. I had to ask Barona, is this the start of a something out of The Planet of the Apes? He just laughs at my question.

Jurassic World: Fallen Kingdom is a nostalgic thriller for fans of the older franchises, and a great introduction into the story world for newcomers. The scenes on the island are almost poetic in the timing, the balance of humans and dinosaurs onscreen, and the well-timed humor that Owen and Claire’s exchange make the film much more than just another dinosaur movie. The legendary Jeff Goldblum also makes a cameo in a role that he says bring the entire legacy full circle.

The “us” versus “them” Jaws-like scenario will end up having everyone in the theater rooting for the creatures. There are so many thrills and laughs to keep kids and adults engaged. Although the scares may be too much for the younger kids, the rest of the family will enjoy this one. Maybe you can answer the question that Barona hesitated to. It next film to follow Jurassic World: Fallen Kingdom going to be a Planet of the Apes situation? You tell us.

The Team Behind ‘Jurassic World Dominion’ Are Ready to Face Dinosaurs and More This Summer!

Interview: ‘The Tomorrow War’ is an Action Film That Will Pull Your Heart Strings