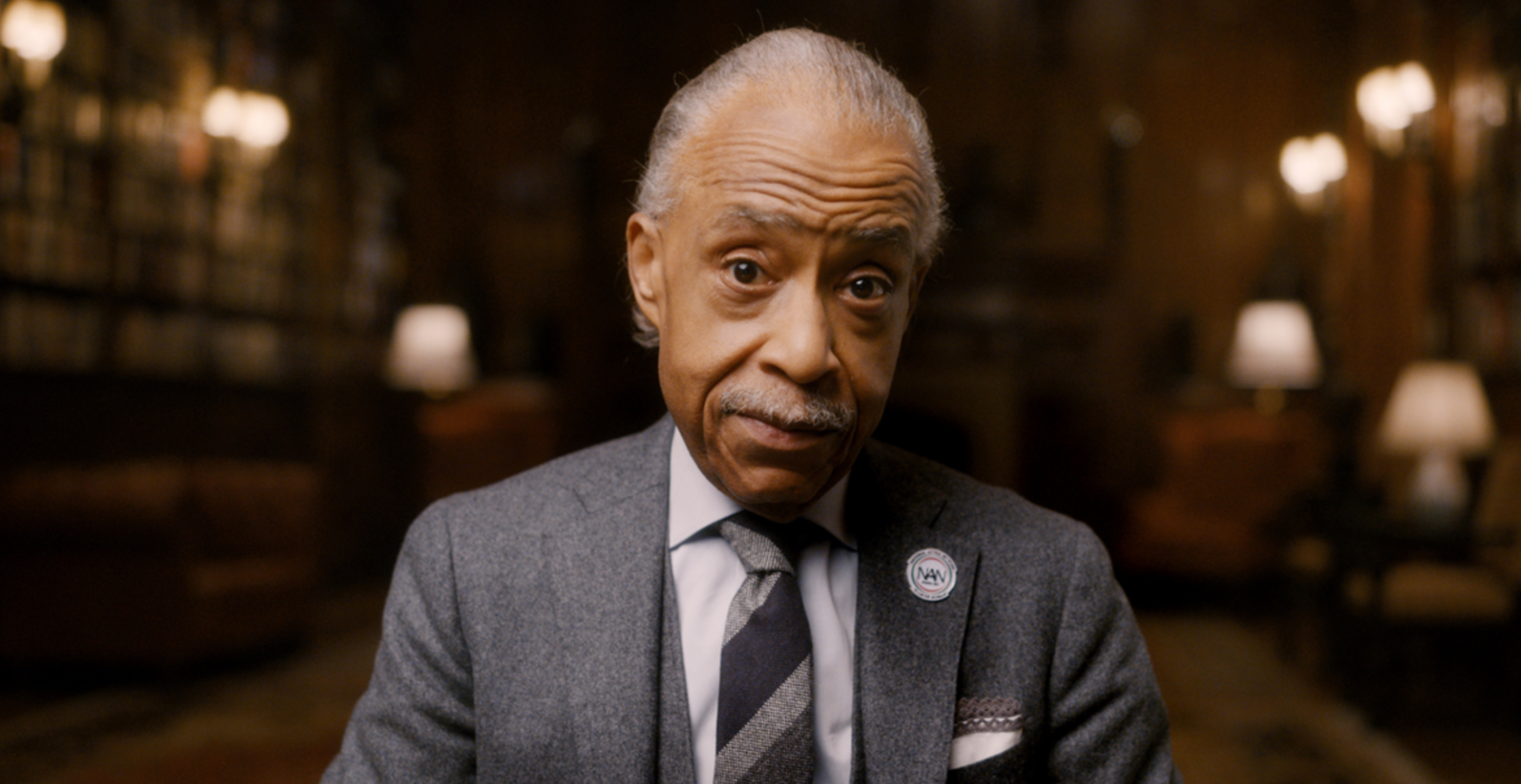 Loudmouth is an engaging documentary about Rev. Al Sharpton’s life and challenges as a social justice activist. The film is directed and written by Josh Alexander (United Skates, HBO Docs), who nimbly reflects the similarities of the fight for social justice in New York City from the 1980s and ’90s to 2020.

On December 20, 1986, in Howard Beach, Queens, Michael Griffith was murdered by a group of white youths who beat Griffith and his friends in front of a pizza parlor and then chased Griffith into traffic. The three Black boys’ car had broken down, and they had walked three miles to use the phone at the pizza parlor. Despite the venomous hatred by predominantly white community members, Rev. Sharpton brought attention to this horrible tragedy by leading protest marches in Howard Beach, seeking justice for Griffith’s death.

Josh Alexander does a fantastic job painting the atmosphere of the time. In the press notes for the documentary, Alexander shares, “As a white Jewish male growing up in the Bay Area in the ’80s and ’90s, I was socialized by the news and talk shows I watched. And much of what I consumed was slanted through a lens of complicit bias that is breathtaking to reconsider in hindsight.”

The editing in Loudmouth is incredible. The archival footage is so familiar, it’s heartbreaking. It shows that even though we’ve come a long way when it comes to racism in America, we have a long way to go. As I watched the Howard Beach footage of crowds of white New Yorkers heckling the marchers, repeatedly shouting the N-word, I couldn’t help but think these folks are probably the white supremacists we are seeing today.

Loudmouth turns the screen into a time machine allowing the audience to travel back to NYC in the late ’80s/early ’90s and experience the shocking similarities to what we are experiencing in the 21st century. Alexander nimbly weaves footage from news reports, talk shows, with a current day conversation with Rev. Sharpton as his life story unfolds.

The film begins with a quote by Haitian-American anthropologist Michel-Rolph Trouillot: “History means both the facts of the matter and a narrative of those facts, both ‘what happened’ and ‘that which is said to have happened.’” Rev. Sharpton has dedicated his life to taking back the narrative and telling the story from the perspective of Black people in America. His simple ask, as stated when he gave George Floyd’s eulogy: “Get your knee off our neck.”

Loudmouth was a reminder of how blatant white people were with their racism in the media back then. Talk shows like Morton Downey Jr., Donahue, and The Richard Bey Show were showcases for sensationalism and conflict that audiences gobbled up relentlessly. Watching those shows probably gave viewers the same feeling that audiences felt watching gladiators rip each other to pieces in the Roman Colosseum.

In this atmosphere, Sharpton was a master of language, large and in charge. He was the king of comebacks, infuriating to the white male hosts and guests who tried to diminish his brilliance. Sharpton and his colleagues were masters of media, using these platforms to amplify the stories of Black people who were being killed, not in the Jim Crow South, but right in the supposed heart of liberalism, New York City.

Sharpton’s organizing protests around Howard Beach made him a national figure but the documentary reflects how he had been advocating for equity for Black folks as an activist since he was nineteen years old. There’s lovely footage of James Brown and Don Cornelius with a nineteen-year-old Sharpton on Soul Train in 1974 that reflects that the intersection between the entertainment industry, activism, and the Black church has always been vital to the Civil Rights movement in America. The documentary does a fantastic job deconstructing how the white male dominant media crafted the news to slant the narrative to support and protect the system rather than telling the story from a neutral perspective.

Where would we be without people who were brave enough to speak up? Loudmouth shows how hard it is to be a social justice activist and advocate for others especially when the story is not black and white. As I was watching the film, I wondered if they would address the Tawana Brawley situation. Brawley, a Black female teenager, accused four white men of abducting and raping her. Rev. Sharpton advocated for a special prosecutor, even being arrested in protest to protect Brawley’s rights. A grand jury decided it was a hoax. This part of Loudmouth is particularly excellent. Nuance is the beauty of the best documentary films. Alexander does an excellent job painting the background of the story and places the audience right there in the middle of the conflict. In the documentary, Rev. Sharpton speaks on this situation with reflection and nuance that gives perspective. It’s so easy for the media, especially at that time, to demonize Black women and Sharpton refuses to do that.

Loudmouth honors the memories of George Floyd, Breonna Taylor, and Ahmaud Arbery and lists over 25 years of young Black people whose lives were taken too soon by hate.  As Rev. Sharpton reflects on how his life has unfolded in Loudmouth, he comments that he’s been planting seeds and that he won’t see the result of his labor in his lifetime. But Sharpton’s calling is to be the person who speaks up against injustice when so many of us feel like we can’t.

Sharpton’s words have done harm in the past, yet he owns up to his mistakes while showing the complexity of being one of the people who disrupts white supremacy, police violence, and injustice. Activism is not a place to be shy. Disruption requires people to be unapologetic in their ability to speak up and tell our stories as we advocate for justice and peace. Loudmouth is the perfect documentary to see as the country goes into this next election cycle — it shows the powerful impact of action.