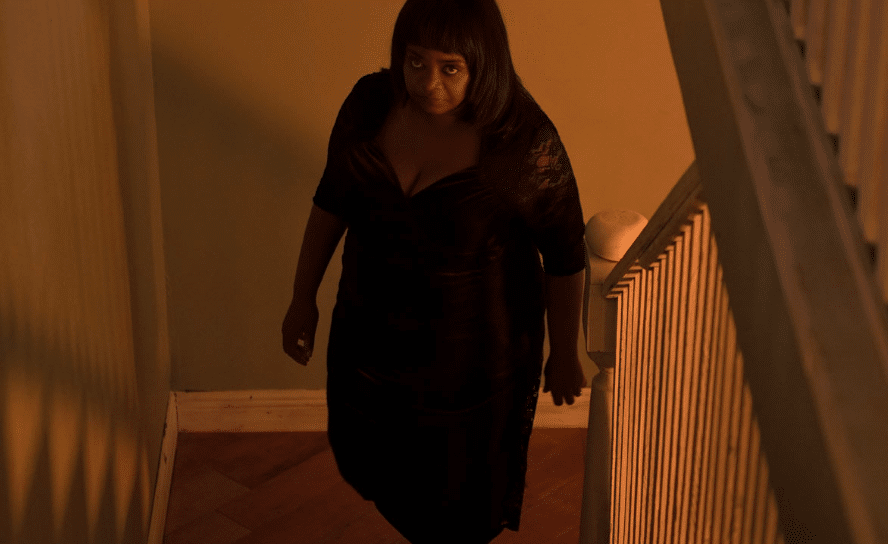 The Universal Pictures/Blumhouse horror film Ma brings out the worst of humanity in this sordid tale about a middle-aged woman’s hospitality to some teenagers in a small quiet Ohio town.

The lead protagonist Sue Ann (Octavia Spencer) is given the moniker “Ma” by one of the kids as a term of endearment and the name began to stick.

The premise for Ma begins when Maggie (Diana Silvers) is the new kid in town and tries to fit in with her local classmates after Haley (McKaley Miller) invites her to a get together with some friends. Maggie is reluctant but catches the eye of Andy (Corey Fogelmanis), and the attraction is mutual. Maggie gives it a shot and jumps into Andy’s van, owned by his father Ben (Luke Evans), and head to a liquor store to pick their favorite poisons. The teens are in a conundrum when their underaged appearance prevents them from purchasing alcohol and they are forced to pay an adult to buy drinks on their behalf.

After receiving a series of dismissals from morally responsible adults, Sue Ann walks by with her limping dog and is approached by Maggie. At first Sue Ann is the against the idea of doing this favor for them, but then she sees Maggie and Andy’s affection for each other, which likely reminded her of a time when she was their age and offers to help. After purchasing the liquor, Sue Ann invites them to party at her place, since she feels comfortable having drunk teenagers within adult supervision under her roof. The kids are a bit surprised by the invitation from a complete stranger but inevitably accepts the invite.

What Sue Ann does in this story is vicariously relives her experiences as a teen through these kids — at the end of the day, the story of Ma is a story about rejection. The film flashes back to Sue Ann’s own high school misadventures and we soon find out that these kids are connected to Sue Ann in more ways than one. Sue Ann simply wants to be liked and accepted and when her clinginess gets a little too weird for the kids, this is where things slowly turn into a downward spiral of bizarre behavior, obsession, and stalking from Sue Ann.

Sue Ann uses social media as a tool for her stalking, which makes this story even more horrifying since we now live in a culture where we post everything about our whereabouts on online creating less effort for strangers to stalk us. Sue Ann also manipulates her way into the lives of these kids’ family members to gain trust, which is one of the key strategies stalkers use to get close to their victims.

Although Ma is a horror film and certainly a creepy one that I would expect nothing less from the Blumhouse franchise, this movie for me was more of a psychological analysis of someone who is a victim of rejection, bullying, and vitriol from her peers. There is something more horrifying about how human beings treat one another that impacts the psyche than simple blood, guts, and gore. Ma seeps into your mind in a way that makes you question your own motives of how you should treat others.

Maggie’s overprotective mother Erica (Juliette Lewis) has a key role in this story and a hilarious appearance from actor Allison Janney, as Sue Ann’s boss is quite memorable. Sue Ann works as a veterinarian tech and the tools she uses for her job also play a part in how she attracts and captures her prey.

In Tate Taylor’s film also written by Scotty Landes, they manage to make Octavia Spencer’s character relatable and empathetic. Yes, she’s a looney toon and a bit neurotic, but she’s built that way for a reason, which can arguably be justified to some extent. The story does an incredible job of building Sue Ann’s character development, which other horror films with characters similar to Sue Ann like Misery and Fatal Attraction lacked.

We don’t just see Sue Ann as this randomly crazed and obsessed individual, she is someone who has dealt with heartache, pain, and living a life of solitude that has made her withdraw from the real world. Her sense of reality is shaped by how she was treated as a teen and at some point, you don’t know whether you should root for the victim or the villain.

It is also refreshing to see Octavia Spencer in a role that is completely unique from her body of work. Lately, Spencer has worked behind the scenes as an executive producer, recently winning an Oscar for the film Green Book this past year. However, past her Oscar-winning role in The Help and her critically acclaimed performance in both The Shape of Water and Hidden Figures — Spencer adds nuance and texture to her acting portfolio in the film Ma and it’s about time we see something new.