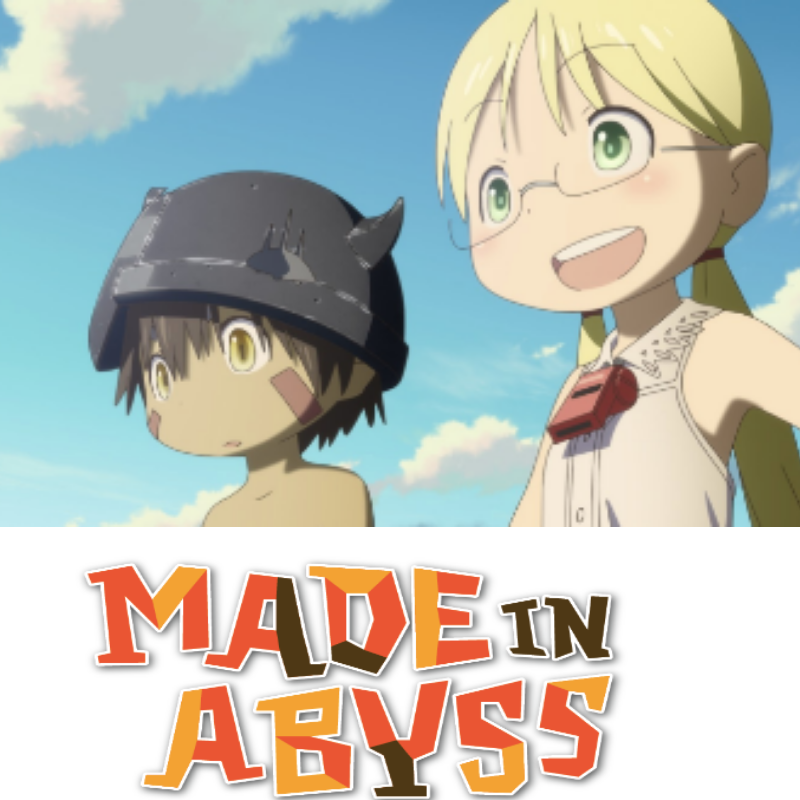 Made in Abyss: Journey’s Dawn is an anime film by Sentai Filmworks and Kadokawa Pictures based on the amazing anime and manga by Akihito Tsukushi. The film will have a wide release on March 20th and March 25th.

As a special treat at screenings, fans are able to watch behind the scenes footage as well alongside the film. These companion features will take fans behind the amazing and magical film to delve into its fairy tale inspirations and show Japanese adverts along with how the film was made. This gives an incentive to purchase tickets to one of the screening events, that of which you can do now ahead of the screening dates.

MIA is a story of immense courage and determination with main characters Riko and Reg taking a dive into the Abyss, that of which is said no one has ever made it to the end of. The Abyss is a large, seemingly endless pit filled with ancient artifacts and treasures, along with remnants of an ancient civilization. The brave souls who take upon the job of exploring the Abyss are known as delvers who come from a town on the edge of the Abyss called Orth.

The Abyss is filled with many wonderous, but mysterious things such as the supernatural creatures that dwell and the habitats that are hazardous to the explorers who take the plunge down into it. There’s also the Lifeblood of The Abyss, which acts as the Abyss’ lifeforce. Any delver who takes on the journey has these obstacles to contend with.

Our main character Riko is a young girl from an orphanage in Orth who was born to a White Whistle delver named, Lyza The Annihilator. Riko takes on this massive journey to follow in her mother’s footsteps, who has gone missing and was said to have died during her own explorations. But, once Riko gains evidence of the contrary, she decides that it’s worth investigating for herself.

During one of her expeditions, Riko finds Reg, a robot boy who saved her from a dangerous creature and collapsed unconscious. After taking him home and reviving him with a bolt of electricity, he joins Riko as a delver and protector. 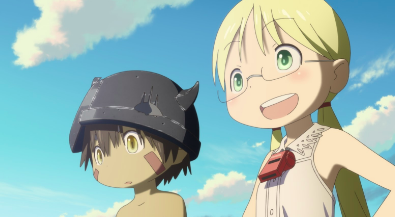 What sets apart Made in Abyss from other adventure anime, is that it really takes the time to build its world. It treats the setting almost as if it’s a character in itself instead of a backdrop for characters to move around in. For instance, when someone speaks of the Abyss and all of its wonders and dangers, you get a sense and feel for what they’re speaking of. Like when it’s said that the longer one spends down in the Abyss, the more their sense of time shatters. Hearing that evokes an eerie feeling that makes it clear that it’s not just the physical dangers that can damage a delver. The psychological effects can also take their toll.

Though the movie could be considered a refresher of the first season in terms of content, it does well in that endeavor. A lot of what could be considered “filler” from the first part of the season is left out and those amounts of time are covered in montages. So in that way, while it makes for a good movie it also can be an introduction and motivator to watch the season in the original episodic format.

The animation is beautiful and the backgrounds of each scene are drawn well in a way that each scene is in service to the finished product. The way characters move and interact with each other and the world around them makes for a whimsical and expressive experience, even during the more serious sequences.

Being that The Abyss is this daunting, and highly haunting area that comes with an atmosphere and character all it’s own, it lives up to the in-story lore that surrounds it. Every creature, dark corridor and danger makes it so that Riko and Reg have a chance to show their true courage.

As far as voice talents go, the English cast is stacked in that department. With well-known talents like Luci Christain, Monica Rial, and Brittney Karbowski lending their voices to the project.

As always Luci knocks it out of the park with her portrayal of Reg. She brings a genuine duality between his more shy and withdrawn side along with his battle demeanor which is sharp and quick to anger.

Brittney’s voice talents lend themselves wonderfully to Riko’s energy and enthusiasm about the world around her. Her portrayal of Riko brings out the brightness and inquisitive nature that makes the character so fun to watch. Like her cool-headed nature when under pressure and her talent for cooking.

Made In Abyss: Journey’s Dawn makes for an enjoyable and insightful experience that comes highly recommended. If you are interested in learning more about the behind-the-scenes tidbits and background on the series, along with seeing an anime full of heart and adventure, you can head over to madeinabyssmovies.com to purchase tickets to one of the screenings. You can purchase tickets at madeinabyssmovies.com