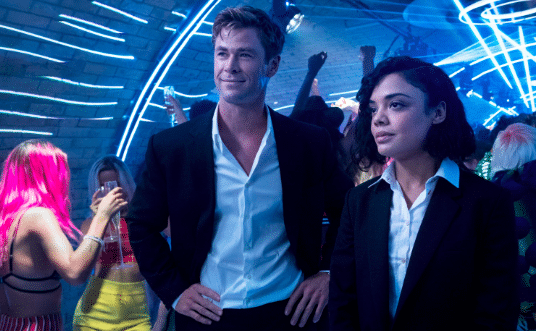 There are remakes and reimaginings galore in the entertainment industry. There are prequels and sequels to films long out of sight and mind. Luckily, Men in Black: International is a continuation of a beloved franchise that pushes all the right buttons. It’s been 7 years since the last film, Men in Black 3 and 22 years since the very first Men in Black. In an interview done earlier with Chris and Tessa, they jokingly stated when they first started filming they wondered which one of them was Will Smith. But, that’s what makes this film so unique and compelling. Neither of the actors is trying to be Will Smith nor Tommy Lee Jones. 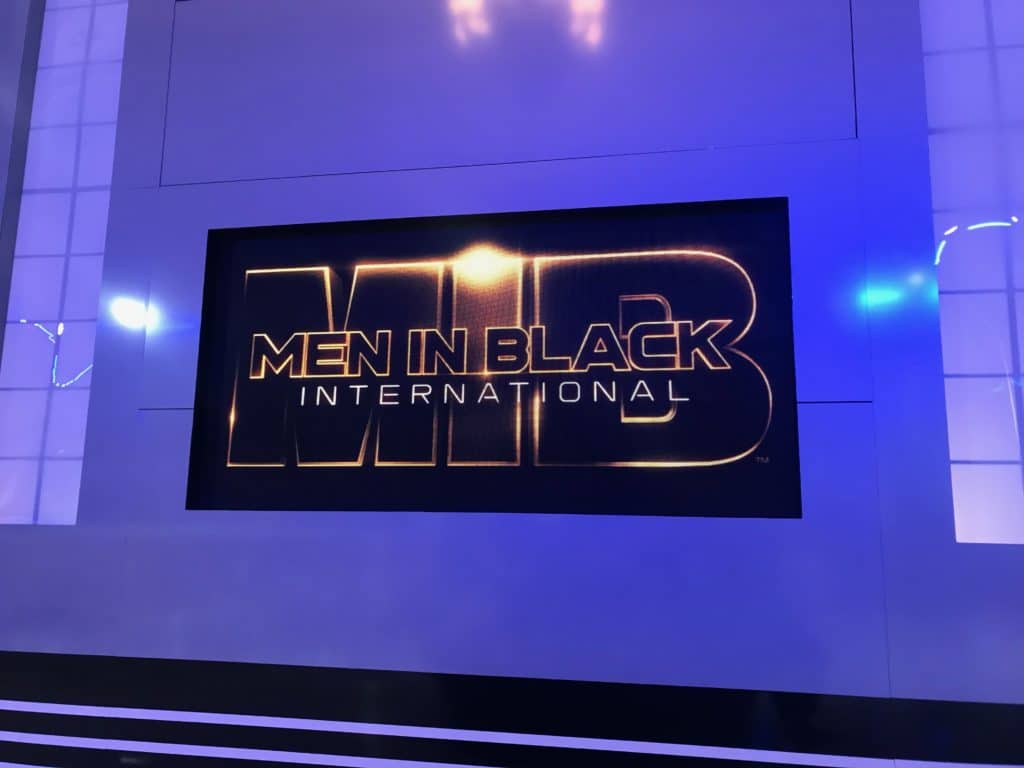 Men in Black: International provides something that has been missing in the Men in Black films; a female perspective.

Men in Black: International stars Tessa Thompson, Chris Hemsworth, Liam Neeson, Emma Thompson, Kumail Nanjiani, and Les Twins. This new adventure follows Tessa and Chris as Agents in Men in Black as they navigate their way through the agency, battling threats to Earth via aliens and also a mole within the Men in Black ranks. While the skeleton of the film remains the same as the original — a person who wants to give up their life to know the secrets of the universe — Men in Black: International develops an entirely new character and origin that fans will appreciate. The interesting thing about this film is not only the introduction of new planets but the introduction to a Men in Black beyond the USA.

We visit multiple countries as the international name suggests. At the helm of this action film, is talented director F. Gary Gray, who is best known for Friday, Set it Off, Straight Outta Compton, and a plethora of popular music videos. 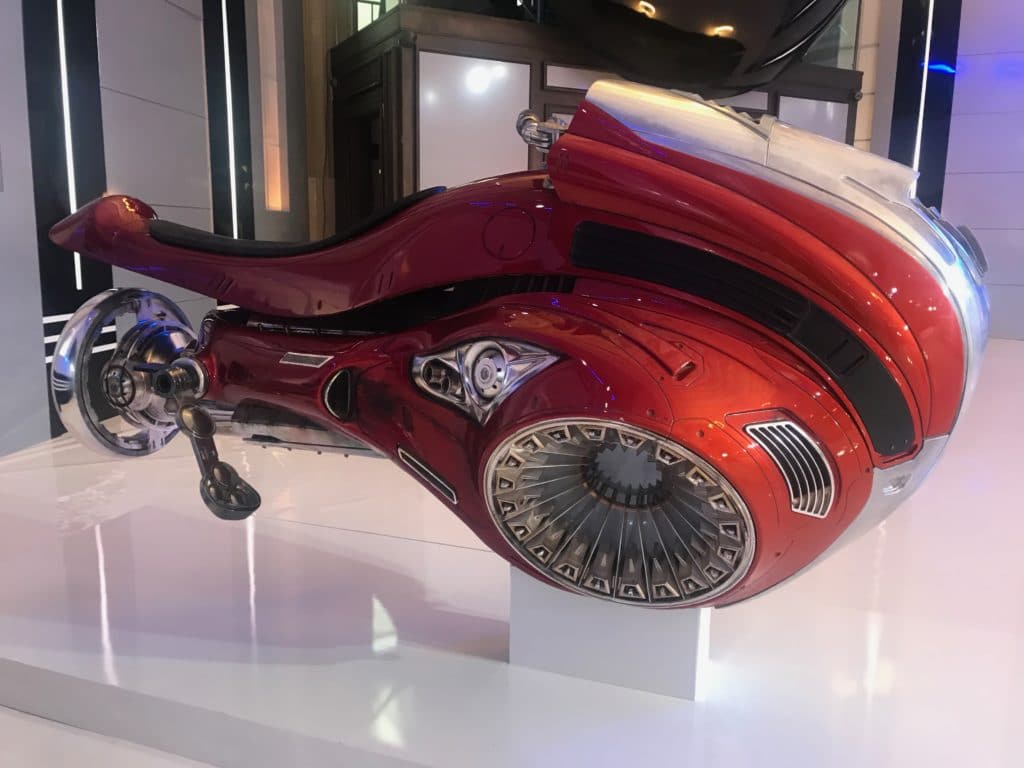 This film did its job in giving the audience vibes from the original while including new twists and turns. There was something new and refreshing given to viewers. As soon as the opening music came on and that special MIB font came on the screen, a flood of nostalgia came over me. It’s a feeling of happier times and less responsibility. While I missed the back and forth between Agent K (Tommy Lee Jones) and Agent J (Will Smith), the dynamic between Tessa and Chris have proven time and again that they fit well together. They are the team audiences want more of. Their comedic timing with each other is impressive. The chemistry is strong with these two. The fact that they have worked together in the past made their acting synergize on screen. We loved them in Thor: Ragnarok and we love them in Men in Black: International.

Tessa Thompson as Agent M is all of us geeking out over the supernatural, including TV shows like The X-Files, films about space, and beyond. Before she’s Agent M, she is just Molly. As a child, she meets an alien and grows up knowing there is more out there. With her skills, intellect, and determination she finds MIB instead of being recruited. The real Molly comes out. MIB is a place where she can be herself without people telling or looking at her like she’s an outlier. While there have always been female agents in MIB, it’s refreshing to dive into the female perspective and have a credible storyline. 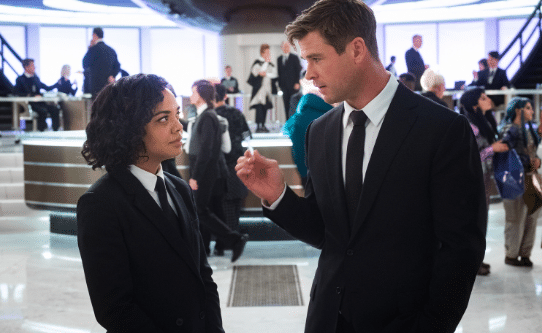 It’s about time there was a female agent doing the saving instead of being saved. Not to mention, this is female cosplay I can do on the regular. The excitement Agent M feels in the film is how I felt watching every scene of Men in Black: International. Tessa’s display of femininity, strength, heart, and smarts is a character that we can all get on board with. There was sex appeal without showing sex, thighs, etc. That’s a rare thing in Hollywood films, especially ones with female secret agents. There was a feminine-masculinity about Agent M that charmed on screen. 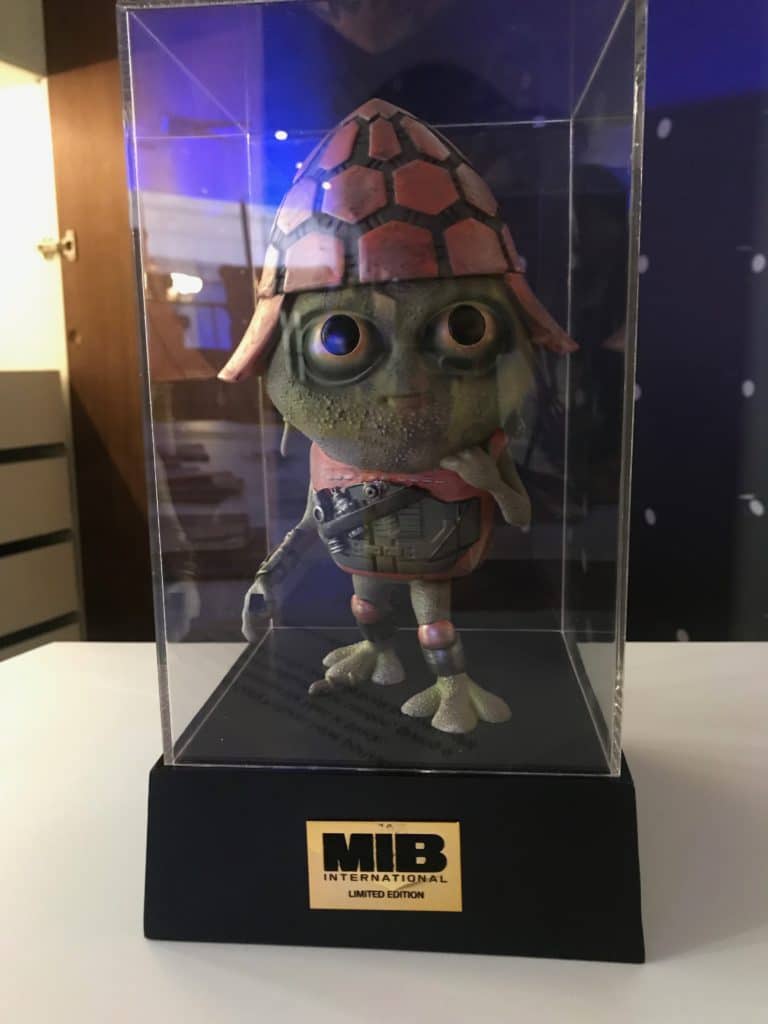 The issues I had with this film were the lack of exotic aliens and the somewhat predictable turn of events. Although Pawny is easily my favorite character, there wasn’t enough screen time for him. Pawny is a new alien sidekick that helps the agents when things get rough. Like Frank the Pug and The Worm Guys, Pawny gives us the comic relief we look for in MIB films. Pawny is played by comedian and actor Kumail Nanjiani. He’s perfect for the role. It’s also a bit bizarre that most of the aliens in this film look like humans rather than creatures from another planet. Perhaps it’s the life-long learned idea that aliens look different from people on earth. I know this is not always the case, ie: plenty of superheroes from other planets. Nevertheless, there was a want for more of the outrageous looks or the outrageous alien powers in a Men in Black film. As the film pushed toward its conclusion, I had already predicted who the mole was. The film has a very simple narrative structure, making it a little lackluster in some spots. It could have taken a bigger risk.

Men in Black: International is a fun time even if you aren’t familiar with the older films. Chris and Tessa are worth a dive into this new look of the MIB agency. The film hits theaters June 14, 2019.