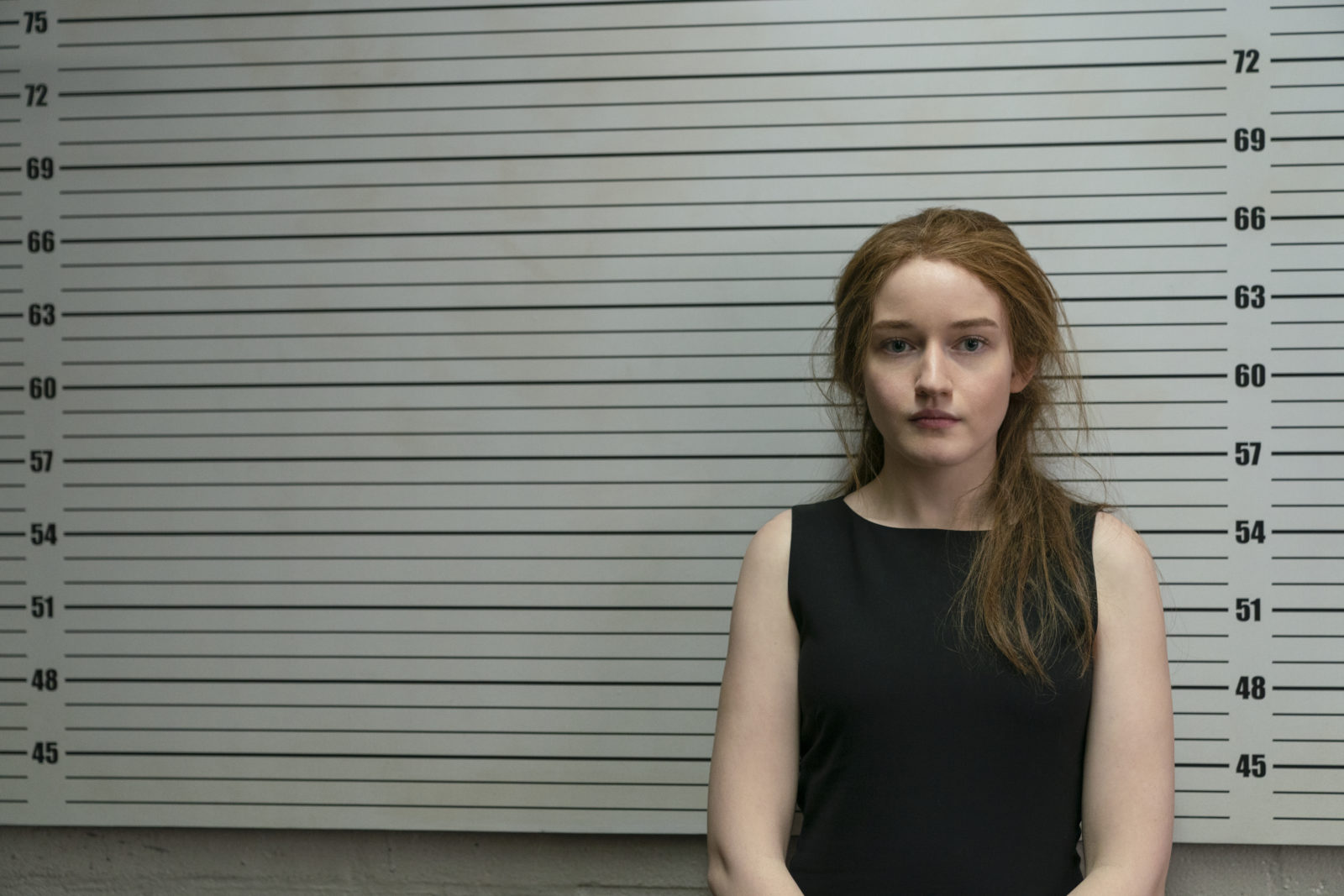 Netflix’s latest limited series Inventing Anna is a dramatization of Jessica Pressler’s New York Magazine article “How an Aspiring ‘It’ Girl Tricked New York’s Party People — and Its Banks.” Creator and showrunner Shonda Rhimes, known for her string of hit television shows (Grey’s Anatomy, Scandal, How to Get Away with Murder), acquired the rights to the story before Anna was even sentenced. Having read about the true events and being a fan of Ms. Rhimes, I had high expectations for this series. Unfortunately, it fell short in several areas.

Inventing Anna follows journalist Vivian Kent (Anna Chlumsky) as she sets out to cover the exploits of the mysterious Anna Delvey (Julia Garner), the faux German heiress who swindled New York’s elite out of hundreds of thousands of dollars. Still recovering from a nearly career-ending story gone wrong, Vivian is relentless in her investigation into Delvey’s crimes, desperately needing a hit story to prove her talent and credibility. She has a fascination with Anna to the point of admiration, and as the story unfolds, we understand why.

Since I was familiar with the true story, it was hard to accept the way the character of Rachel Williams plays out on screen. She’s been one of the most visible figures of the case, and the selfie-obsessed, social climber character created for the series is just so over the top that it’s distracting. Williams is definitely not portrayed in a good light, even during the episode revolving around her experiences. (It’s probably good that she has her own film being produced by HBO.) Lowes is great in the role, and when I make myself see this “Rachel” purely as a dramatized character, it’s a little easier to get past.

Playing a real person is never easy, especially one so enigmatic as Anna Delvey.  Julia Garner clearly did her homework because she captures Anna’s stoicism and shifting moods. She’s definitely got her mannerisms down, including the signature smirk and mischievous glint in her eyes. The blended German, Russian, and American accent can come off a bit cartoonish at times, but Garner’s preparation and execution are admirable. Anna has an unusual accent, so being able to completely nail it is a difficult task.

The best scenes are between Anna and her lawyer Todd (Arian Moayed), who is easily my favorite character. The client-lawyer dynamic is nothing new, but this sensationalized case makes for an especially tense (and entertaining) back and forth between these two. Unfortunately, there aren’t many of these moments, since both Anna and Todd spend most of the time separately interacting with Vivian. The last episode is by far the most compelling. Garner and Moayed really give it their all, and the results are excellent. I wouldn’t be surprised if one or both actors received award nominations for that episode alone.

There’s a distinct style of a Netflix series, and Inventing Anna doesn’t have it. If it weren’t for the appropriately explicit language, I would absolutely think this series was made for network television. Some shows just feel like they’re made to be binge-worthy, but this one does not. Judging by her own writing, Anna herself might be better equipped to tell this story, though she calls herself the “ultimate unreliable narrator.”

What bothered me the most about the series was the inconsistent tone and style. It goes from Gossip Girl-esque YA soap opera to a more grounded docudrama. The series doesn’t really pick up until the third episode, when the storytelling gets more focused and interesting. I get that, from Vivian’s perspective, sorting through the lies would be dizzying and messy, so I’m assuming that was the intent behind the uneven structure. But the resulting muddled narrative architecture is at times simply frustrating. The unevenness partially stems from the long runtimes for each episode, which range from 60-80 minutes.

Of the several inconsistencies is the voice over, which we get in the first episode and never again. Anna talks directly to the audience, introducing herself and insulting anyone watching at the same time: “This whole story, the one you’re about to sit on your fat ass and watch like a big lump of nothing, is about me.” It may have been intriguing to hear throughout the series, Anna explaining herself a bit, giving her take on a situation, etc. However, it may have just been annoying, distracting, and unnecessary. We’ll never know.

The series reminds us at the beginning of every episode: “This whole story is completely true, except for the parts that are totally made up.” It’s a somewhat compelling tagline, making us further question what’s real and what’s not. That’s part of the real Anna’s appeal, the mystery that surrounds her origins, motivations, and psychology. The show seems more focused on Vivian, the fictionalized version of Pressler. She’s an interesting character, with stressful circumstances and a wonderful husband Jack (Anders Holm), but is she interesting enough to be the focus of the series? Not really.

The show does a good job depicting Anna’s business aspirations. The New York Post’s article labeling her as a “wannabe socialite” proves mostly false, assuming her motivations were purely materialistic. Though she loved to live lavishly, Anna really seemed to want to start the Anna Delvey Foundation (ADF), a Soho House-style private club/event space/art foundation/luxury residence. That mislabeling is part of one of the show’s themes — this young woman with expensive taste wasn’t taken seriously by the boy’s club that is the business world. She got in with the right high-profile people because that’s what you have to do to gain legitimacy. Have the right elitist attitude and flash enough cash and you’re the image of someone with money, worthy of million-dollar loans and free jet rides. Add an ambiguous European accent and you’re a German heiress everyone is drawn to.

Whether you’re appalled or impressed by her actions, Anna Delvey is an undeniably fascinating person. The media loves a good con job — add art, fashion, and high society to the mix, and you have one enthralling story. However, Inventing Anna really doesn’t do the story justice. The series lacks a clear focus and has an inconsistent tone. Overall, I was rather disappointed, but the premise and a few standout performances make the series worth watching.