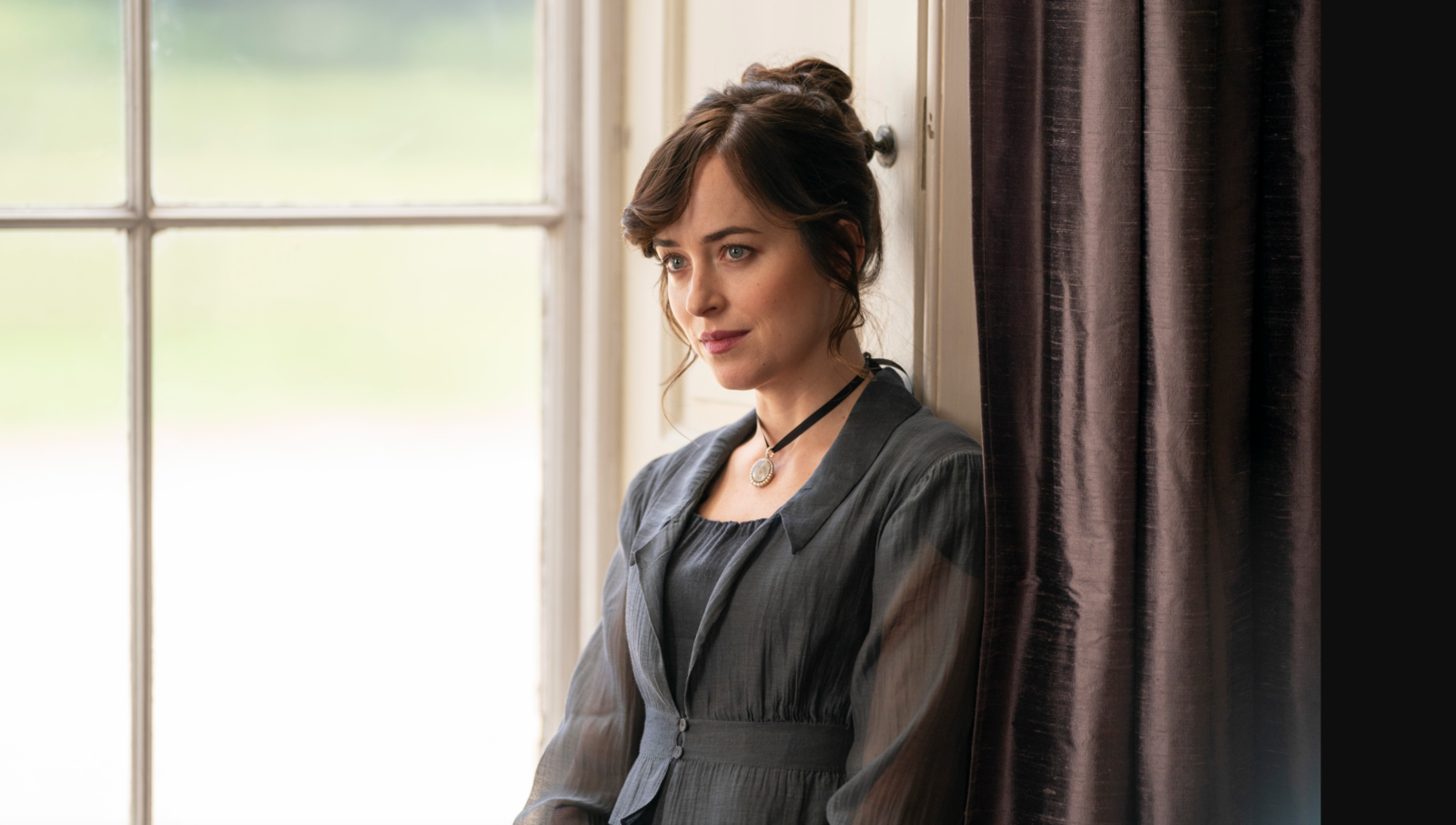 Persuasion is Jane Austen’s last complete novel and a perfect blend of biting wit, sympathy, impressive insight, and terrific style. These aren’t the exact sentiments felt towards the latest Netflix film. 2022’s Persuasion is a more freely updated expression of the classic. It’s the Sparknotes film version for the folks that may be looking for a modern twist to the old English. This is not the best adaptation to come from a Jane Austen novel in this current renaissance of the Regency Era.

2022’s Persuasion is directed by theater director Carrie Cracknell. Based on the novel by Jane Austen, writers include Ron Bass (My Best Friend’s Wedding) and Alice Victoria Winslow in her feature writing debut.

The story follows Anne Elliot. Eight years ago she was persuaded to not marry and give up the love of her life, navy man Frederick Wentworth because he had no title and fortune. This film is about second chances. Wentworth comes back into Anne’s life with money and looking for a wife. Anne must put the past behind her or listen to her heart.

When thinking of a Jane Austen-inspired film, there is emotion — a revelation. The latest adaptation of Persuasion is lacking in these departments. I don’t know if it’s the breaking of the fourth wall, the pacing, or the somewhat anticlimactic ending, but the emotional impact was missing. With any Jane Austen piece, the audience must feel something for the main characters or even one character. Persuading the audience to fall in love with or even care about these characters is a tough order.

If there is one character that played her role memorably, it would be Mia McKenna-Bruce as Mary Elliot or Mrs. Charles Musgrove. Mary’s pride and arrogance lend to the story very well when Anne (Dakota Johnson) comes to visit her upon her request. Mary is dramatic, sarcastic, and funny. She is overall ridiculous, but Mia plays her to the fullest.

Whether it’s being carried in the house by her husband after a long walk because she can’t stand to use her legs anymore or the consistent disregard for her children’s whereabouts, Mary is a character that highlights the correct Jane Austen portrayal of mothers that we so often see in her novels. A minor figure in the story, but a spotlight stealer nevertheless.

Dakota Johnson as the protagonist, Anne Elliot, was charming to start. Her British accent aside, she was convincing, at first, as the least favorite child whose family doesn’t think her beauty is of any consequence. The opening scenes showed a young woman who was sarcastic, smart, witty, and sensible, who had a sense of humor.

It’s an intriguing intro to the character, and you may want to know more, but it is quickly lost. Anne quickly goes from sweet and elegant to patronizing, and maybe even a bit pompous. Again, her direct addresses to the audience, even so far as to wink at the end like it was all a game that she knew she would win, takes away from the character of Anne that Jane Austen fans love.

Persuasion, on occasion, does manage to highlight that wit and sarcasm that Jane Austen was known for. Anne’s use of direct address and fourth wall asides highlights those moments, but to a point where it is unnecessary. The audience can discern sarcasm on their own. What should be funny, like Jim’s asides in The Office, comes across as disingenuous and disrupting to the audience’s flow of emotions.

We see what they were trying to do, but it didn’t work 100 percent as they hoped. The direct addresses make the film somewhat scattered. With not much to do, the film seems to drag along. Then comes Anne with a comment to the audience to get things moving. It’s uneven and boring at times.

Jane Austen has come to be a popular writer whose stories are reinterpreted and adapted over and over again. Themes of love, loss, and love on your own terms can be found in Persuasion, but the story has always been much more than that. Feminism, politics, the economic position of women, class, and society are what fuel a Jane Austen story. I missed those in this version of Persuasion. This Rom-Com was not the Persuasion we needed today.