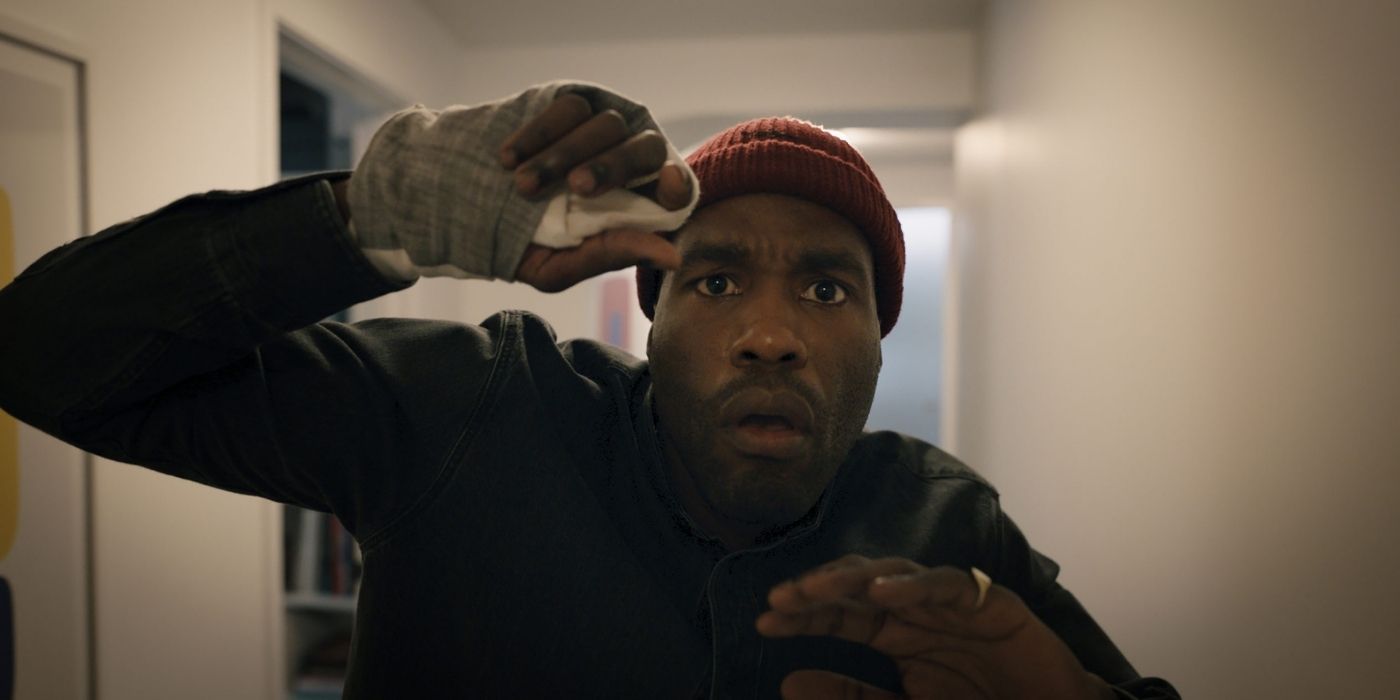 Writer-director Nia DaCosta (The Marvels) brings the boogeyman back to life for modern audiences in Universal Pictures’ Candyman. It’s not so much a remake or reboot but, as the filmmakers call it, a “spiritual sequel.” However, it acts more as a direct sequel to the events in 1992. DaCosta co-wrote the film with executive producer Jordan Peele (Get Out) and Win Rosenfeld (The Twilight Zone). Unlike Bernard Rose’s original, this film is told from a Black perspective with Black protagonists.

The film stars Yahya Abdul-Mateen II (Watchmen) as Anthony McCoy, Teyonah Parris (WandaVision) as Brianna Cartwright, Colman Domingo (Zola) as William Burke, and Nathan Stewart-Jarrett (MisFits) as Troy Cartwright. Vanessa Estelle Williams (The Flash) as Anne-Marie McCoy and Tony Todd as the titular Candyman reprise their roles, along with the voice of Virginia Madsen (The Haunting in Connecticut), featured in recordings as Helen Lyle, the protagonist from the 1992 original.

Set in the Cabrini-Green Homes of Chicago, the film opens in 1977, to the tune of Sammy Davis Jr.’s 1972 version of “The Candy Man.” William, a young Black boy, encounters the man dubbed the Candyman, who police have been looking for in connection to razor-blade-filled candy. William witnesses officers brutally beat the man to death.

In 2019, a now gentrified Cabrini-Green is home to artist Anthony and his art gallerist girlfriend Brianna. Her brother Troy employs the essential campfire tale aesthetic to tell the story of Helen Lyle, a graduate student who went on a killing spree after researching the neighborhood’s haunted history.

Intrigued by Troy’s story, Anthony goes to explore the neighborhood, which now has the eerie quietness of a ghost town. He meets a grown-up William, now going by his last name Burke. Burke tells Anthony all about the legend of Daniel Robitaille, a Black painter in the late 1800s who fell in love with a wealthy white woman, got her pregnant and was subsequently tortured and killed. This sequence appears in the original film, showing a group of white men cutting off Robitaille’s hand, replacing it with a hook, and covering him in honey, leading to him being stung to death by bees.

Even though he lives there (albeit in a luxury loft), Anthony is an outsider like Helen. He feels drawn to the story but doesn’t quite belong in it…yet. Anthony is inspired by the Candyman folklore, but this connection goes beyond being a muse and becomes a dangerous obsession.

Much to the disappointment of horror fans, the film has few scares. None of the murders are surprising or innovative, though there is a healthy dose of body horror (particularly the aftermath of a bee sting on Anthony’s hand). The film has a sense of foreboding, but nothing as chilling as the original.

Comparisons to the original come naturally, as do comparisons to other Black horror films and TV shows. It’s not fair to view Peele’s continued work, or any Black horror film in general, in contrast to Get Out. Not everything needs to be the next Get Out. Setting this precedent is another form of stereotyping Black artists, trying to put them in a box.

Artists continue to use the horror genre as a tool for healing. Candyman explores the pain of Black trauma but keeps it at a distance. Instead of flashbacks, DaCosta creatively uses Tim Burton-esque shadow-puppetry to act out the history of Robitaille as well as other victims of racial violence. The result is creepy and one of the highlights of the film.

DaCosta’s version balances real and imagined horror. Candyman isn’t a singular figure, but rather only one of the many victims of racial violence. The plot adds to the original mythology, but the runtime isn’t long enough to dig deeper into it. An extra 20–30 minutes would have given the story the time to explore the mythology in-depth and make more of an impact with the new information presented.

A longer runtime would also have allowed Anthony’s descent to be less immediate. Like Jack Nicholson’s interpretation of Jack Torrance in The Shining, there’s already a sense of underlying darkness in Anthony. He devolves quickly, and his change in behavior almost goes unnoticed at first. He’s an angry artist tired of his work being criticized and misunderstood by white critics. His desire for recognition bleeds into his transformation, making it almost expected and logical.

But maybe the film is saying that Black people are ignored until they can be sensationalized. A Black artist is widely accepted once their art makes sense to a white audience. As William says to Anthony, “They like what we make, but not us.”

DaCosta’s film stands out as a sleek, stylized take on the Candyman lore. While it may not be what horror fans had hoped, it still makes an impression. Unfortunately, the story suffered from a rushed structure. It does set up the possibility of a sequel or even a new franchise. Overall, Candyman is a beautifully shot film that offers an expanded mythology through a Black lens.