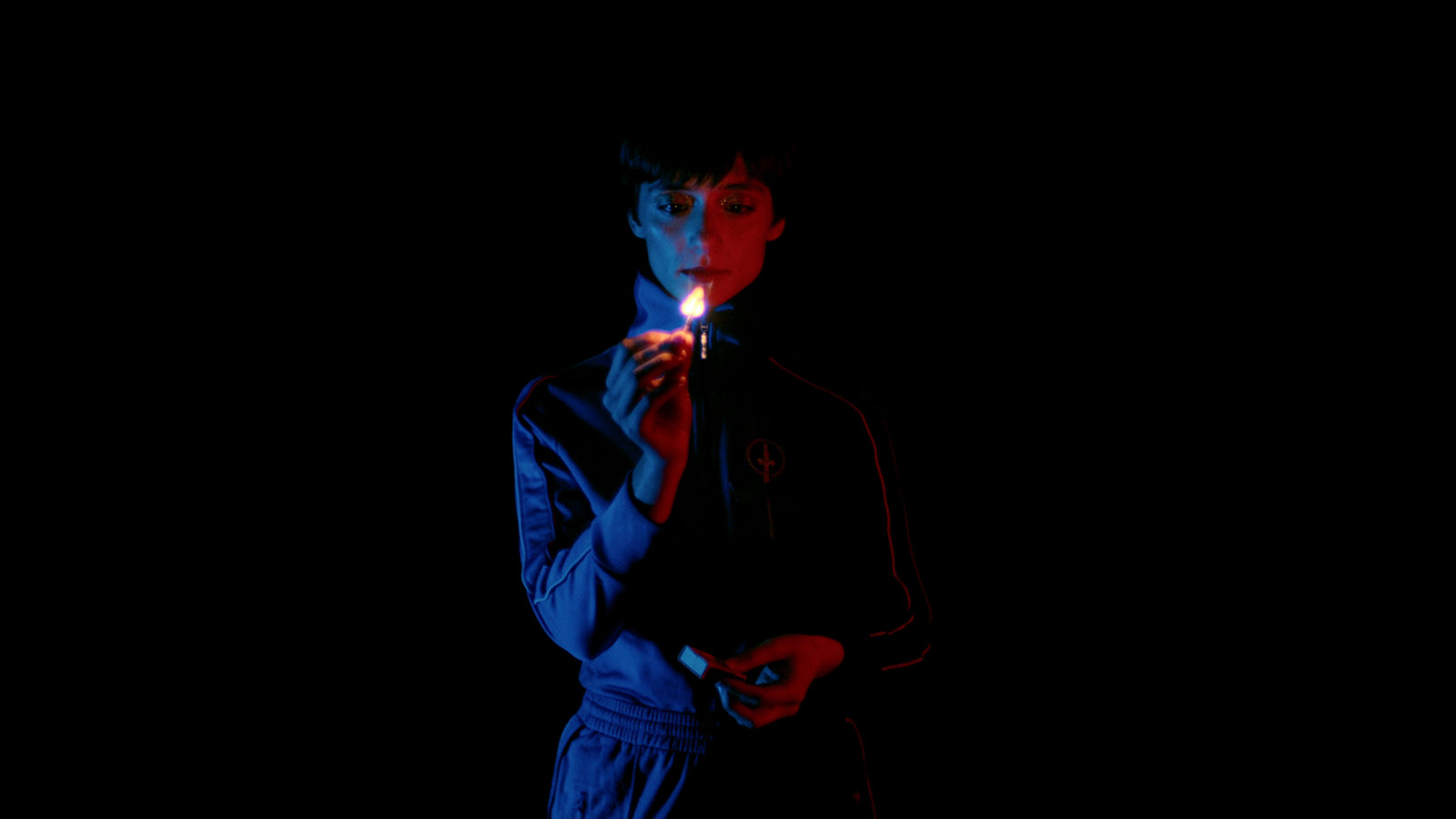 If you’ve ever wondered what the take on the superhero genre from Nicolas Winding Refn (The Neon Demon) would look like, Netflix has you covered in the new year.

Four years after directing his first television series Too Old to Die Young, the Danish visionary returns to streaming with Copenhagen Cowboy, a neo-noir set in his native Denmark. The six-episode series was penned during the pandemic by Refn and co-writers Sara Isabella Jønsson Vedde (Miss Osaka), Johanne Algren (Kamikaze), and Mona Masri (Snabba Cash). The production was also a family affair with his wife, filmmaker Liv Corfixen (My Life Directed By Nicolas Winding Refn) executive producing the series which stars their daughters Lola and Lizzielou.

The female-centric story of Copenhagen Cowboy follows Miu (Angela Bundalovic), a young woman of mysterious origins. We first see her in the servitude of an older woman Rosella (Dragana Milutinović), just one of the many evolving masters employing Miu as a “good luck charm” or “lucky coin.” Her seemingly magic abilities aren’t explicitly explained, but she’s able to help greedy people with things like fertility issues and migraines.

Though it seems like she lacks humanity, Miu is a good person at her core, seeking justice for the wronged. She finds herself going further and further into Copenhagen’s crime world, which is filled with temperamental gangsters and their various human trafficking empires from sex work to drug dealing. Her petite size is brought up often and she’s always talked about like she’s not there, but these things don’t seem to bother her. As one person says to her, “You’re a strange one.”

She’s passive, introspective, and generally emotionless, like the other enigmatic protagonists of the Refn-verse. The director told Cineuropa, “She is indeed of the very same, very dim, mysterious family as One-Eye, the Driver and Lieutenant Chang in Only God Forgives — a kind of alter ego I like to revisit from time to time.”

Miu is an unconventional hero, super or otherwise. She has an ethereal quality that reads more like a mythical being with unseen and undefined supernatural abilities who we’re not sure is a witch, fairy, angel, alien, robot, or an enhanced human a la Winter Soldier. I predict that her blue tracksuit, glitter eye makeup, and bowl cut combo will be one of 2023’s top Halloween costumes. She sort of looks like an anime character, and, with her inexplicable fighting skills, the latter half of the series feels like she’s stuck in a twisted Nintendo game that can’t be won.

Refn is a divisive artist often accused of valuing “style over substance.” He has received plenty of criticism for his films having characters gazing for long stretches without dialogue. The series does the same, and the prolonged silence is frustrating and intentionally uncomfortable. I wonder if this gripe inspired the writers to have a character say to Miu, “You’re stressing me out with your gaze.” But all the silent stares and awkward pauses build tension that gives the short yet brutal action scenes more of an impact. Refn also has a distinct brand of cinematic violence. He uses brutality in a way that isn’t glorified but stylized, telling Variety, “Art is an act of violence. It’s meant to violate you, penetrate your mind. It’s like giving birth. It’s beautiful, but also a violent act.”

There’s not a lot of depth in terms of plot and character development, but those elements aren’t necessarily sacrificed in favor of style. That’s just how Refn chooses to tell his stories. Instead of traditionally structured scenes, it’s like he’s created moving paintings. The stunning cinematography of Magnus Nordenhof Jønck (A Hijacking) further creates an otherworldly atmosphere with slow-motion sequences and sweeping shots.

Refn’s trademark of nearly nothing but neon lighting soaks the streets of Copenhagen, making the characters look like they’re perpetually in the red-light district of another dimension, or maybe hell. It’s this blend of the seductive and surreal that reminds me a little of Twin Peaks: Fire Walk with Me. Though the frequent unnerving sounds of squealing pigs (that sometimes come from human men) are more along the lines of Sorry to Bother You.

Similar to other auteurs like David Lynch and Yorgos Lanthimous, Refn has a specific style that doesn’t work for everyone. The six-hour series could’ve been a 2-hour film, but I appreciate his approach to episodic television, challenging the norms as he does with films. It’s not an ideal binge; perhaps only three episodes at a time. The sprawling story would be easier to digest in smaller doses. However, I doubt that’s anything Refn’s concerned about.

Copenhagen Cowboy is a beautiful mind-bending noir crime thriller about exploitation and greed, as well as a revenge-fueled science fiction fairy tale. Anyone familiar with Nicolas Winding Refn’s previous work will know what to expect with this latest addition to his oeuvre — extremely slow-moving storytelling that requires patience and a reasonable attention span.

Copenhagen Cowboy had its world premiere at the 2022 Venice Film Festival. The series begins streaming Thursday, January 5, 2023, on Netflix.