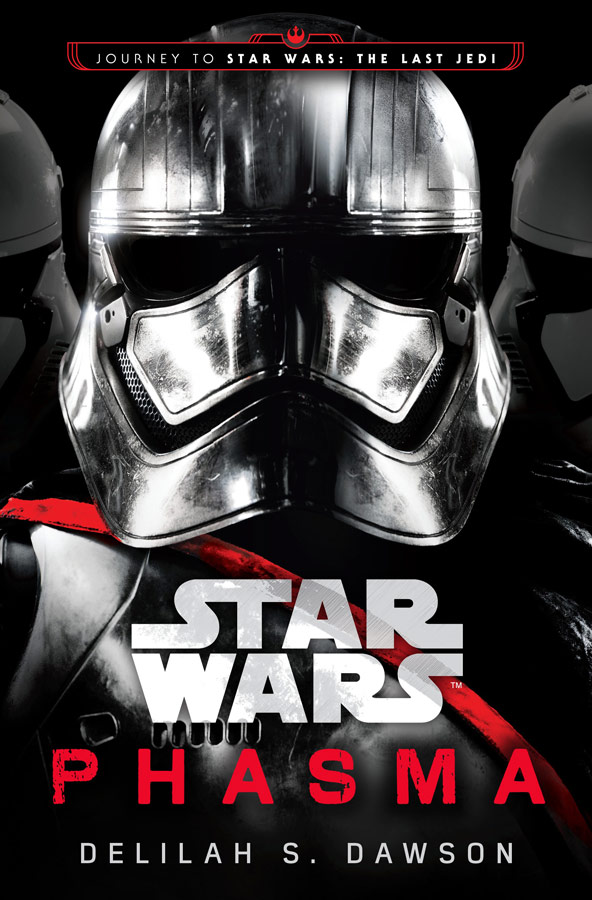 October is Star Wars Reads Month! I will be sharing some reviews of my recent reads all month. First up: Delilah S. Dawson’s Phasma.

Take a moment and pretend you know nothing about Phasma. What does your imagination conjure up that this book would be?

If you’re anything like me, you might have thought it would be a deep dive into Phasma’s head, a look into scenes with her making Finn’s life miserable or stomping through the halls of a Star Destroyer. Or finally, an explanation for how she got out of the trash compactor.

This book isn’t any of those things. Instead, the novel opens with Vi Moradi relaxing with a bit of knitting as her ship glides through hyperspace. That’s right, knitting is know canon!

I have to take a moment to bask in the glory of Vi’s character. This illustration captures her personality perfectly; she reminds me of a hip “Auntie” with her stylish outfit and cool hair.

Vi is a part of General Leia’s informational network for the Resistance. She has been on a special mission to gather information about Captain Phasma. Her work has not gone unnoticed, and Vi is captured by Cardinal, a member of The First Order, who then hides her away from his faction. His mission is to extract information about Phasma from Vi by any means necessary.

But restraints and torture don’t impede Vi from seeing deeply into her captor. She senses a pain and genuine loyalty in Cardinal that she can manipulate to possibly save her life. So she crafts the information in a way that extends the time Cardinal keeps her alive and shows the cracks in how The First Order operates.

Vi immediately had my heart and I was always anxious to get back to her story while also enjoying the glimpses into Phasma’s past.

This was not the Phasma book I expected, and I’m really able to appreciate that, after having finished reading it. It’s nice to be shaken out of your expectations once in awhile, especially since I have so many when it comes to Star Wars novels.

Letting go is a key factor to enjoying this book. Once you surrender to the narrative, you’ll begin to see the larger pieces of Phasma’s story coming together smoothly.

My one complaint is that the finale seemed a bit rushed, and I wasn’t fully on board with the character changes Cardinal experienced. Overall though, I really enjoyed this book and the new characters Delilah has added to the universe.