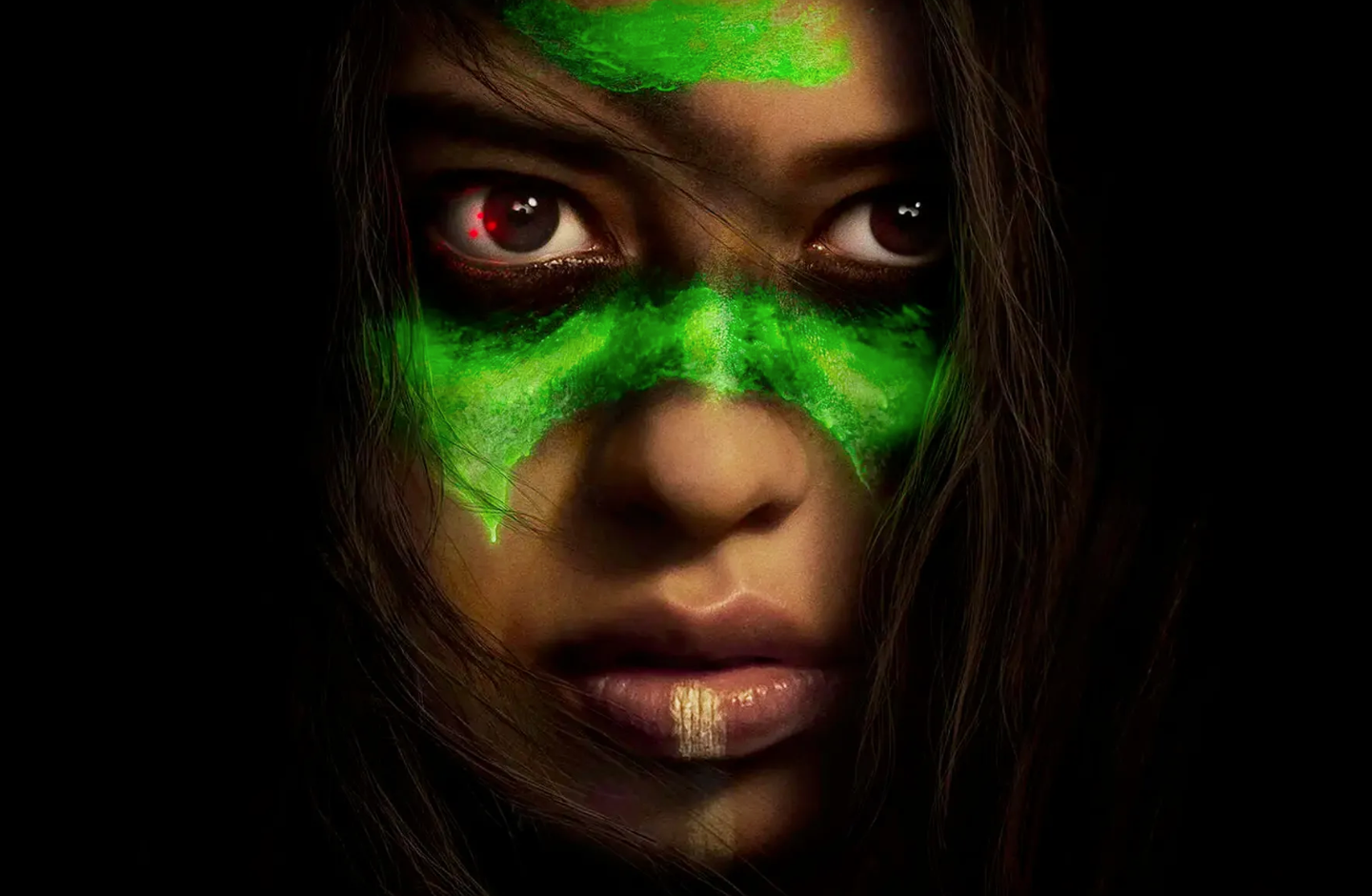 Naru (Amber Midthunder) isn’t your traditional young Comanche woman. Yes, she gets up every morning to gather vegetables with the other girls. She helps her mother, Aruka (Michelle Thrush), make pastes for healing, cooking, and curing hides. But she also goes into the woods with her trusty dog Sarii to hunt. She wants to attempt the ceremonial kuthamiia — the first kill — that would officiate her status as a warrior in her tribe, like her brother Taabe (Dakota Beavers). As Naru sneaks off to practice throwing her hand ax, she sees the sky open up, and an object unlike anything she knows comes through. To followers of the Predator franchise, the ship is familiar. We see it drop off the signature hulking creature (Dane DiLiegro) with its clicking fanged maw, cloaked in invisibility and ready to stalk local targets.

Dan Trachtenberg’s Prey, a Hulu original and Predator prequel taking place in 1719 in the Northern Great Plains of Turtle Island, is a refreshing installment in a series that’s been stale for some time now. As multiple pandemics rage around the planet, I’m not one to encourage folks to go to poorly ventilated spaces like movie theaters, but I hope that one day Prey can have a theatrical run. The cinematography is spellbinding, and it is breathtakingly shot. Thanks to stunning aerial footage, we get a clear sense of Naru’s tribal lands as well as how far she and the other hunters must go to help sustain the village.

Prey does a spectacular job of showing what life would have been like pre-colonization for the Indigenous peoples of the north. We see a variety of Indigenous practices playing out on screen, like grinding pastes to tan hides, the variety of plants used for food and medicine, and their knowledge of local flora and fauna including which mushrooms were safe to eat and which were useful for healing. Naru brushes her teeth with a traditional toothbrush and when she discovers a sacred bison has been improperly slaughtered she leaves an offering to honor the animal’s spirit.

All of these details are true to Comanche life and history, making Prey much more than just a Predator movie. The Comanche language dub is a window into the story that only adds to these important cultural foundations. I especially appreciate the fact that when there are Indigenous deaths on screen the camera doesn’t linger on the dead bodies. It’s what I’d call very respectful gore.

Thanks to the Indigenous context in Prey, the story develops overall themes of predator and prey dynamics from a new perspective, all the way through entire food chains. Naru wants to be a hunter as a point of pride. She thinks the village believes she’s not good enough. But her mother Aruka reminds her that hunting isn’t about proving anything. For the Comanche, hunting is about survival, which in turn situates the Predator creature in solid colonizer territory as it hunts purely for sport.

This places Naru in an interesting interstitial position within her own people, as hunting is much more than just survival for her. Naru wants to challenge these prescribed gender roles, and bringing home fresh kills along with the other warriors is her dream. Her status as something of an outsider in her village only adds to the ever-present horror movie dynamic where women are never believed until it’s too late.

But it’s not only the alien Predator threatening Naru and her people. Thrown into the mix are white colonizers in the form of French trappers who have been peppering the Comanche hills with metal traps to catch animals the easy way. Naru falling into French clutches for them to use as bait to trap the Predator ends up being one of the most terrifying moments in the film: A camp full of white men who have an Indigenous woman prisoner is almost scarier than the Predator, whose motives are simply to kill everything. “Later we will use her,” one filthy trapper says to another, an overt threat of sexual violence that feels all too real when it comes to Indigenous women’s lived experiences, and thankfully Prey Naru escapes this terrible fate.

The French colonials end up almost as comedic relief, especially with their reliance on single-load guns against the technologically-advanced Predator. It’s strangely satisfying to watch dozens of violent colonizers taken out by an alien one. It’s like imaginary reparations.

Still, Naru is at odds with almost everyone in Prey, and she has a wicked collection of fight scenes to show for it. But it’s the multiple battle scenes between resourceful Naru and the Predator that are beyond epic. The metaphor of an Indigenous woman fighting an invisible monster has direct ties to the violence of the colonial project, and throughout their conflicts, Naru forces the alien to shed its defenses and become visible, heightening the colonization metaphor. The way Naru uses Indigenous knowledge on multiple levels — from the landscape, plants, and internal fortitude — to defeat these foes, and uses monsters’ tools against them to assure her own survival is so powerful and so rarely seen on screen from an Indigenous perspective.

Unfortunately, though, the problem with Prey is embedded in the Predator franchise’s problematic racialization of the monster as a Black man, down to the dreadlocked hair. The series has been criticized for this “subtle racism” all the way back to Roger Ebert’s review of Predator 2 in 1990. More recently, Dr. Robin Means Coleman’s vital text Horror Noire makes the connection between fear of and pathologizing of Blackness, xenophobia, and the construction of the monster. Tamari Kitossa for The Conversation deep dives into the anti-Blackness embedded in this character and its surrounding dynamics. Also, who can forget Hillary Clinton calling Black men “super-predators” back in 1996 and not apologizing for it until 2016?

As much as Prey develops its Indigenous heroes, it is still capitalizing on the anti-Blackness of the monster, and much of this actually worsens in Prey as we see a rustic version of the Predator from hundreds of years ago. He doesn’t wear the metal armor yet, so we see he is dark-skinned, hugely muscular, and with those signature locs that have coded the monster as Black since 1987. It’s here that Prey missed a vital opportunity to update the narrative. Monsters change all the time throughout a film series. Prey could have used a significant character redesign for the monster, at least without the faux dreads, to begin distancing the franchise from these valid accusations of anti-Black racism.

Prey is an incredible win for Indigenous representation on screen, and the Comanche language version is an example of decolonizing not just cinema but North American history as a whole. Amber Midthunder’s performance as Naru is stupendous; a perfect balance of fierce, vulnerable, and human.

But we cannot ignore the problematic framework and visual design that has reproduced stereotypes that present violent figures as Black, or stylized Black-adjacent. The liberation of one marginalized group can’t come at the expense of another, that is a colonizer mentality that seeks to maintain power under the guise of emancipation.

Why can’t we have badass stories centering on a marginalized group that doesn’t throw another marginalized group under the bus at the same time? As beautiful as Prey is on so many levels, the inherent anti-Blackness of the Predator franchise casts an inescapable shadow that obscures the depths of pure, unbridled, intersectional awesome Prey could have been.

Prey is available to stream on Hulu in North America and on Disney+ globally.