The premise of Proven Innocent may sound familiar. A lawyer is inspired by his past to begin working strictly for the underdog. He is going up against a dirty prosecutor who is hellbent on sending people away as he sees fit. The defendants are usually black or people of color, while the lawyer and prosecutor are usually white guys. This is probably the type show you are thinking of, but that’s not the Proven Innocent that airs on Fox Friday nights at 8 CST. In fact, the show does not center white men at all unless you want to count the dirty prosecutor.

Proven Innocent is created by David Elliott and produced by Danny Strong. The show follows attorney Madeline (played by Rachelle Lefevre), a woman with a sweet face, but a dark attitude and a cynical look on life. She is also an ex-convict who was sprung from prison by her now law partner, Easy (played by Russell Hornsby) when he convinced the courts that Madeline innocent. Easy also got Madeline’s brother Levi (played by Riley Scott) out as well. Together, with their colleague Violet (played by Nikki James), the lawyers start working to get innocent inmates out of prison, inspired by the prosecutor, Gore Bellows (played by Kelsey Grammar). He wants Madeline and Levi back in jail and is out to railroad anyone else he sees fit on the way to higher office.

So, in this legal drama, a white girl is the ex-con and the black lawyers are the ones swooping in to save everyone from the evil prosecutor. Proven Innocent essentially upends the genres while opening an important conversation into the wrongful imprisonment of people in America.

The show is not afraid to dive into issues of race and privilege. In the first episode, for example, Madeline and Easy fight over their client’s decision to take a plea deal offered by Bellows. Madeline is trying to urge the woman to refuse the plea, while Easy is wanting her to consider freedom in hand. Easy subtly brings in the reality of things for people of color who are trapped in the prison system — the plea deal is often the only freedom that is possible. Racism, sexism (for women) and poverty make trials that is usually a losing effort. Madeline’s white privilege is an asset that their client does not have on her side. It removes the racism hurdle and evens the odds at trial a bit. Madeline doesn’t see this until later when the judge flippantly tosses out evidence that without a doubt clears her client. The judge’s bias makes her unable to see the humanity in the woman and makes it easy to dismiss the new information.

These are monumental topics for primetime television, especially outside of the Shondaland sphere. The fact that the show is taking on these topics is no accident. Lefevre told BGN in a recent interview that the point of the show is to open a dialogue about our incarceration system in America. The stories in each episode are based on real facts and demographics and are riveting enough to get people talking each week. 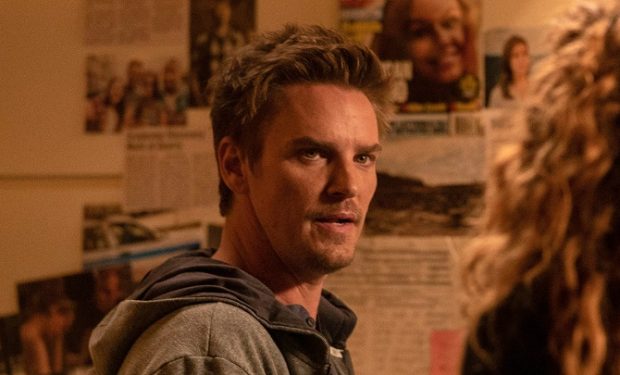 Proven Innocent has an element of weekly intrigue, too. Easy got Madeline’s conviction overturned, but that does not mean that she was exonerated. Bellows believes that Madeline and Levi were responsible for the murder that sent them to prison for years. He wants them back there. But are they really innocent? Each week, new information arises that makes that audience question of one of the siblings or both of them were truly guilty. We also get to watch Madeline’s scars from imprisonment as she is still working to acclimate herself back into society. That’s most evident in her attempts at dating and in her family’s tense interactions.

Join the conversation and follow Easy, Madeline, and Violet as they put the prison industry under the spotlight alongside the court system and prosecutors. The show is entertaining and will definitely get audiences to think about the innocent people trapped and wasting away in our prison system right now. It’s definitely worth a watch.

Proven Innocent is on Fox Fridays at 8 CST.