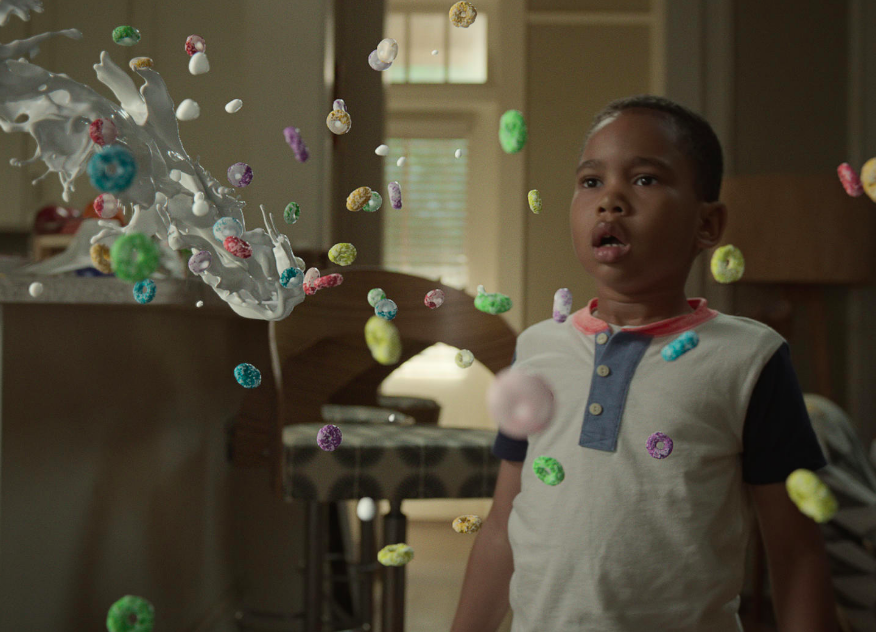 Over four years ago, fans were amazed by the short film for Raising Dion, a story of a single mother raising her super-powered son.

During a time when social media and fans wanted to see more stories in the comic book universe reflect characters that look like them, Raising Dion moved us all. The image of a Black single mom raising her Black son is one many can identify with, but what is extraordinary is seeing 7-year-old Dion develop these supernatural abilities that could change the world. These abilities for Dion include telekinesis, energy projection, and the ability to heal.

Comic book writer Dennis Liu and illustrator Jason Piperberg launched the first issue of the comic book for free to allow fans of this short film, which also served as a comic book trailer, to get a sample of this compelling story about a little boy and his mother, who is doing all she can to protect him from the world.

Liu, who has been an advocate for representation as a member of the Director’s Guild of America Eastern Diversity Steering Committee (EDSC), said in a statement when his story was adapted to the small screen by Netflix:

“I started this project many years ago because I wanted to see more diverse representation on film and television, and I’m excited to partner with Netflix, who I know shares that commitment. More than ever, we need more stories told from different points of view. My hope with Raising Dion is to create a cinematic experience for all families that will lift your spirits and make you laugh and cry.”

Liu had the fortunate opportunity to not only have Netflix interested in his story, but also Michael B. Jordan’s Outlier Society production team and Charles D. King’s MACRO. This is the first TV series order for MACRO, which has worked on such films as Fences and Mudbound. TV showrunner Carol Barbee (UnReal, Judging Amy) wrote the on-screen adaptation for Raising Dion.

In the first issue of the comic, Liu starts with the origin story of Dion before he was born. The TV series begins with 7-year-old Dion (Ja’Siah Young) discovering he has superpowers and telling his stunned mother Nicole (Alisha Wainwright), who begins to help him harness his gift and conceal his super abilities to the public.

Her husband Mark (Michael B. Jordan) worked for a biotech firm called Biona as a science field researcher. Tragically, Mark was killed while investigating a scientific phenomenon in New Orleans. Nicole Reese is now widowed and a single mother.  Nicole is a former dancer, who gave it up when she got pregnant with Dion.

The pilot episode begins with Nicole, who recently lost her job, now struggling to look for work as she’s coping with having a superhero for a son. Although Dion is very special, he’s still just like every little boy at this age. Dion is a ball of energy, easily distracted, constantly wanders away from his mother, wants to have friends, and loves to play games on his iPad.

In school he deals with the same pitfalls most kids experience in their life; for example, being bullied by other kids. His best friend is an adorable little girl named Esperanza (Sammi Haney). Dion is a little reluctant at showing public affection for his friendship with Esperanza, notably because of the fact that she’s a girl.

It was refreshing to see an actor with a disability play a character with a disability, although Esperanza’s being in a wheelchair is barely mentioned. There is an episode where her disability ties into Dion’s super abilities, and it is brought up. However, the storyline in and of itself is executed in a respectful way.

As Dion’s powers develop and pose a threat to both him and those around him, Nicole must keep her son’s gifts a secret. Nicole confides in Mark’s best friend Pat (Jason Ritter) and her skeptical sister Kat (Jazmyn Simon). With the help of Pat, Nicole protects Dion from antagonists out to exploit him while figuring out the origin of his abilities. Pat himself is a comic book connoisseur and understands the macrocosm of superheroes. He helps Dion explain how they use objects to help control their power, like Thor and his hammer Mjölnir or Cyclops and his glasses.

He also helps Dion learn how to conceal his powers in public and use it for his benefit. In a scene where Dion plays basketball with the local neighborhood kids, he makes every shot with telekinetic force. Ritter has some great moments with the boy, and their scenes together add light and levity to every moment.

Newcomer Ja’Siah Young gives an impeccable performance as a boy who just wants to be like the other boys but also sees the power and opportunity in his gifts. Young is able to depict this beautiful dichotomy of someone who wants to save everything that comes into his path and to carry the weight of the world on his shoulders, while also just wanting to live a simple and normal life.

Raising Dion doesn’t feel like your average comic book story coming from the pages of Marvel or DC comics. There are some real moments captured in this series, including a pep talk between Nicole and Dion on what it is to be Black after Dion faces his first encounter with racial discrimination.

The episodic story structure of Raising Dion is brilliant as each ending leaves a cliffhanger that forces you to tune into the next. The 9-episode series with an average running time of 45 minutes each makes it for an easy binge. Each episode title is listed as issue numbers as an homage to comic books and some titles reference canon stories like issue #105 “Days of Mark’s Future Past” — an X-Men reference.

Raising Dion is an incredible comic book narrative that’s steeped in reality while illustrating a fantastical story. This is not an easy feat to pull off. The production team should give themselves a pat on the back for this one. The special effects and visuals were quite impressive as well, I might add.

Some of the most beautiful moments to watch are the flashback scenes between Mark and Nicole during their courtship and marriage. Both Jordan and Wainright have incredible on-screen chemistry and give us every reason to want to see them together. One of the biggest surprises while watching this was the unveiling of the villain. It will be an antagonist you won’t see coming.