I hadn’t planned on picking up this series as individual issues, but when I found this Krennic Action figure variant at Star Wars Celebration I had to pick it up.

So what can this Rogue One comic offer months after the movie’s release? Quite a lot actually. The creators reached out to Gareth Edwards and the result was the addition of several scenes that aren’t in the movie or novelization.

In this first issue, readers can see a new scene showing Galen and Bhodi’s conversations right before Bhodi defects from the Empire. It adds a nice bridge to the scenes that lead Bodhi to Jedha and beyond.

We also get some nice scenes with Jyn before her rescue by Cassian. Artistically the book uses a nice blend of colors that captures the darker feel of the story. This is a nice series for Star Wars comic collectors and those interested in hunting down some new content. 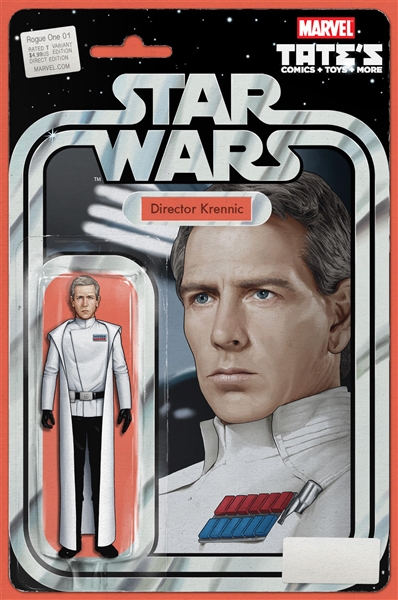