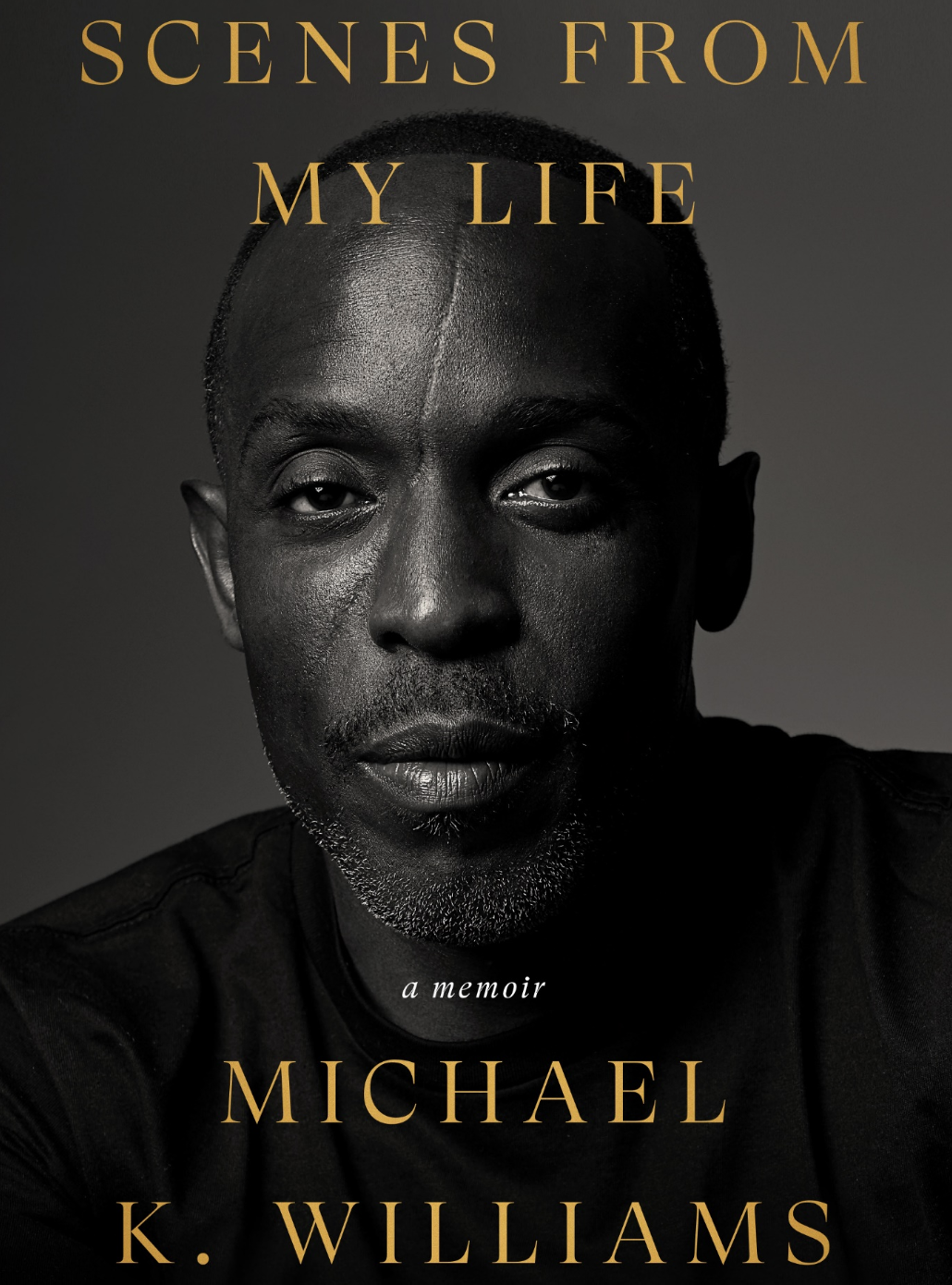 On September 6, 2021, we learned the news that Michael K. Williams had died. It was shocking because we felt like we knew him. We wanted to dialogue with him. It couldn’t be true — there was so much more for him to offer. His characters glowed, and they moved us.

Although heartbreaking to know we could have had so much more of him, it’s good to know that we had access to him for as long as we did. We now have this book to get to know him on another level.

Raised in a rough Brooklyn neighborhood, Williams talks about the insecure boy he was growing up. I was surprised to learn that he connected with Janet Jackson’s Rhythm Nation video, and it sparked an obsession with performing — so much so that he became an in-demand dancer, which eventually led to the debut of the talented actor we all loved.

The roller-coaster ride of emotions that Scenes from My Life took me on was both exciting and sickening at times. One moment, I was sad for young Michael, the youngest son of a hardworking, tough mother loving her dark-skinned son the way she had been loved, as compared to her light-skinned son, whom she praised. The next moment I wanted to protect him from his mother, the neighborhood thugs, and even himself.

One minute, I’m happy to see Williams make his dreams come true and believe in himself despite the doubt of others. Then I’m sad when he turns to drugs for healing, escape, and validation. The next moment, I’m proud and relieved when he chooses to enter rehab. Then I was disappointed with every relapse and entry into rehab, and indifferent to each declaration of accountability. He said, “Being an addict means forward and back constantly. They’re always one choice away.”

Unfortunately, there was no hiding the drug use, and Williams is very candid about his struggles. He talks about the up and down fight with his demons, including during the height of his fame. He fell victim to his addictions so many times.

An amazing actor, he always gave us his best. We recognized him by the scar that ran down his face, marking the time a man slashed his face outside a bar in Queens, New York. He was just 25 years old. This event transformed him. “All my life I’m this cream puff, and next thing I know everyone sees me as some kind of gangster,” he told the New York Times in 2017.

His outstanding performance included as Bobby McCray in When They See Us; Montrose Freeman in Lovecraft Country; Chalky Walker in Boardwalk Empire. He drew inspiration from his own experiences. But it was his character Omar Little from the HBO series The Wire that gave us all life. It was actually a journey that almost didn’t happen.

Omar was the ultimate gangster — doing what he wanted to do and when he wanted to do it. He was a drug dealer who carried a shotgun everywhere. One of his best catchphrases was, “You come at the king, you best not miss!”

Omar Little was also gay, and Williams was initially afraid to play a queer character. His fear came from his upbringing and seeing the stereotypes of gay characters. He thought that playing a Black gay man on screen would be too much for him to handle. But when he realized that Omar was non-effeminate and that he didn’t have to make him act in a stereotypical way, his fear went away. Williams made Omar his own. Later, he actually pushed for more gay intimacy on The Wire; however, the producers didn’t want to consider it. It was something that was not happening on television in 2002. Today, it would be completely normal.

As mentioned, Williams tells quite a few stories in this memoir: a teenager asking him if he was happy and him not knowing how to answer; his father taking him to a club on Flatbush Avenue when he was under the age of 10 and being dragged out when all he wanted was to watch the live music; recording Janet Jackson’s Rhythm Nation video and obsessively learning the moves; meeting Barack Obama for the first time, while being so high on cocaine he could barely function.

It was inspiring to hear of the people who inspired and touched his life as I know he did for others. His battle with drug addiction is not an uncommon one, nor was it shocking. Being a fan, I knew of his struggle. But his death hit different, especially after reading this memoir where he expresses so much passion to change lives.

Eventually, Williams comes to believe his purpose is to be an example to others, to make his story heard, and to see if anyone else could stand on his shoulders. As I read the last few chapters, I wanted there to be a different ending. I wondered what it would be like if he was able to come back to us — back from the edge — and live to tell more stories.

In recent years, Williams began activism work with juvenile offenders, prison reform, and his non-profit for kids. In 2019, he said that he was ready “. . . to be a beacon of light for the youth.” In June 2021, he stated, “I don’t want to be in the spotlight. I want to be the spotlight itself. Shine on others.” On September 6, 2021, he was gone.

I thoroughly enjoyed this book and give it 5 stars. It was well-written and had great cadence, along with an interesting selection of scenes from his life. If you’re a huge Michael K. Williams fan and have heard his in-depth interviews, you’ll find the text to be very familiar. He made it his mission to help others build empathy, compassion, and understanding with every role he played. We will always remember. Rest in power, Michael.

Scenes from My Life: A Memoir is available now.

Letitia Wright and Michael K. Williams to Star in ‘Surrounded’