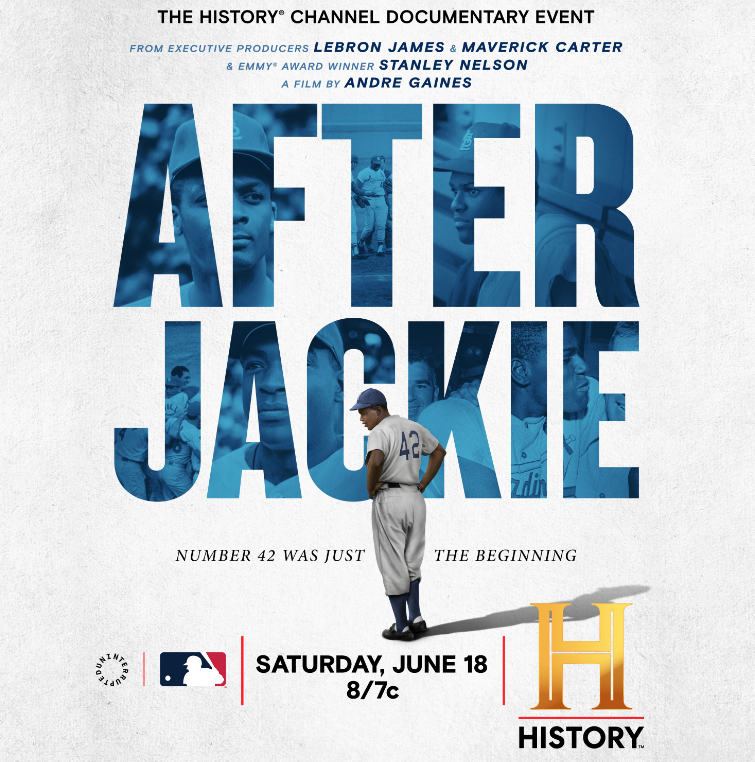 On April 15, 1947, Jackie Robinson became a civil rights legend as the first Black baseball player to play for the Brooklyn Dodgers. After Jackie is a nuanced film that chronicles the stories of the Black men who were brave enough to play baseball after the color barrier was broken.

Documentaries about integration are hard on my soul. Whenever I watch films that involve the Jim Crow/segregation era, I know I will be exposed to the trauma my Black ancestors endured and I end up feeling a heavy burden on my soul that my body will have to do the extra work to heal.

Watching the screener of After Jackie, I felt at ease. I knew with Stanley Nelson as co-executive producer, I don’t have to do the internal work to prepare myself for being exposed to “Black trauma porn.” When I’m watching a documentary  Stanley Nelson is involved with, I know that care has been taken in sharing these stories as revered testimonies with reverence. We live in a binary world that loves to provide simple, quick, and easy explanations so that the dominant culture can attempt to rewrite history — erasing the insane toxicology that is the construct of white supremacy. Director Andre Gaines weaves an inspiring tale of resilience.

Some conservatives are strategically whitewashing the authentic brutality of segregation. They ban books and protest photographs that show white people all over this country tormenting Black people who wanted to go to school, swim in a pool, or sit at a lunch counter deemed as “white only” to erase history.  The first civil rights movement has been diluted into marketable sound bites sanitized to ease the white conscious.

When a Black person breaks a glass ceiling, the people who come up behind them have to deal with the cuts and tend to the wounds from coming through the shards of glass left behind. After Jackie notes that when Jackie Robinson was the only Black man playing baseball, he was sent to Canada and Cuba to spring training. Black players after Jackie had to do spring training in the Jim Crow South.

What a living nightmare.

Culture always wants to focus on the first without examining the work that those coming up behind have to do. For every first Black person to do x, y, or z, the second, third, and fourth Black person must deal with the subtle and blatant racist fallout. I never knew about Curt Flood, Bob Gibson, and Bill White. Nelson features their stories in After Jackie. These talented men are American national heroes.

The craft of storytelling in After Jackie is evident. Gaines covers Jackie Robinson’s career and the introduction of Black players into baseball. The film is all about complexity and nuance. As I watched After Jackie, I thought of the Supreme Court confirmation hearing of Ketanji Brown Jackson. I thought about how those white senators sat there for hours inspecting every word, doubting Justice Jackson’s intellect and challenging her values. Not only did she have to endure that racism for days, but she has also been examined and constantly persecuted on conservative media.

Why must Black people consistently have to quietly endure white supremacy and turn the other cheek? The film elegantly teaches us that not every Black person was designed to be the “we shall overcome” kind of Black activist who can be silent in the face of rage.

After Jackie reminded me that we all play different roles in the movement. The documentary shows that when some Black baseball players in the 1960s and 70s advocated for fair wages, they were dragged in the press, and white fans threw beer bottles at them while Black players were on the field.

In many cases, any time any Black players would speak up for themselves, management would trade them to a club in the Jim Crow South and fans would turn against them. Today some white fans and conservative media outlets command Black and Brown athletes to just “shut up and play” when athletes protest police violence or support the Black Lives Matter movement.

Sports have been one of the few areas where Black folks can break caste. Athletes who choose to be activists have always played an essential role in the civil rights movement. When I see Black excellence on the ball field, it inspires me. The documentary states that the games in the Negro Leagues were so good that Black churches scheduled Sunday sermons so that everyone could attend the Negro Baseball games. The Negro league was so entertaining that white people also attended. The style of Baseball that we see played today would not exist if Black players did not integrate the game.

Jackie Robinson died young. He was only 53 years old. Kurt Flood mainly went through so much as an athlete/activist, and his bravery left professional sports with the free-agent system that baseball players of all colors benefit from. Still, the stress of racism took its toll and Kurt Flood also passed away at a young age his wife believes, due to all of the racial trauma he endured.

I loved experiencing After Jackie because it dives deep into the whys and hows that are rarely discussed when it comes to the facets of Black activism. Near the documentary’s end, columnist Clinton Yates says, “What we brought to the game made the entire game better. Everybody knows that, and it’s just a matter of educating people.”

After Jackie is inspiring, the kind of film to watch to remember that advocating for equity is a team effort. We can witness the actions of our elders, learn from the impact and grow as we do our part to make the American Dream into an equitable reality while practicing self-care, and when we do, everyone wins.