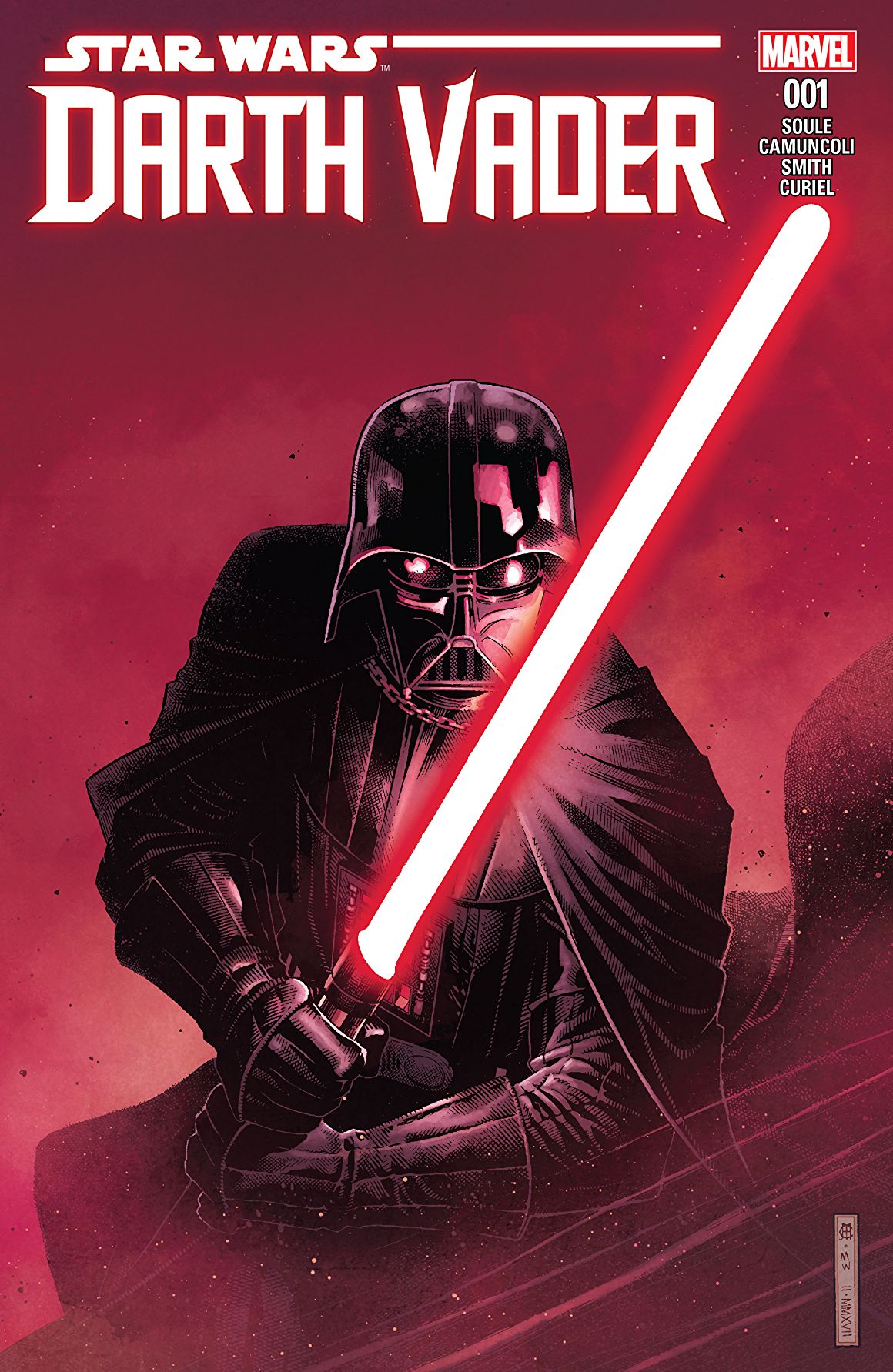 Opinions were mixed when Kieron Gillen ended his run on the new canon Darth Vader comic with issue 25. Some thought the ending was disjointed and needed more fleshing out. Others thought the series had gone on a bit too long.

Almost everyone, however, missed the book once it was gone and so the announcement of a new Vader series created excitement in a lot of fans.

This series is a little different. The first book of this series is called The Chosen One. Written by Charles Soule, and illustrated by Camuncoli & Smith, this series takes place moments after Darth Vader screams that iconic NOOOOO! At the end of Revenge Of The Sith.

Vader’s first quest given to him by the Emperor is to find and take a kyber crystal from a Jedi.   An interesting task since Order 66 was meant to eradicate all the Jedi. For a Sith to make a sabre he must bend the will of a Jedi’s crystal to his will. This act causes the crystal to “bleed’ and completely turn red.

The Emperor then leaves Vader on a Mid-rim world to complete his task. A ship that has been left on the planet for him has been stolen and so Vader has an opportunity to unleash his rage.

I’m really intrigued by this story, and I’m so excited to see where Soule takes Vader next. This is a great book for Vader fans as well as those looking for more stories set in the prequel era.