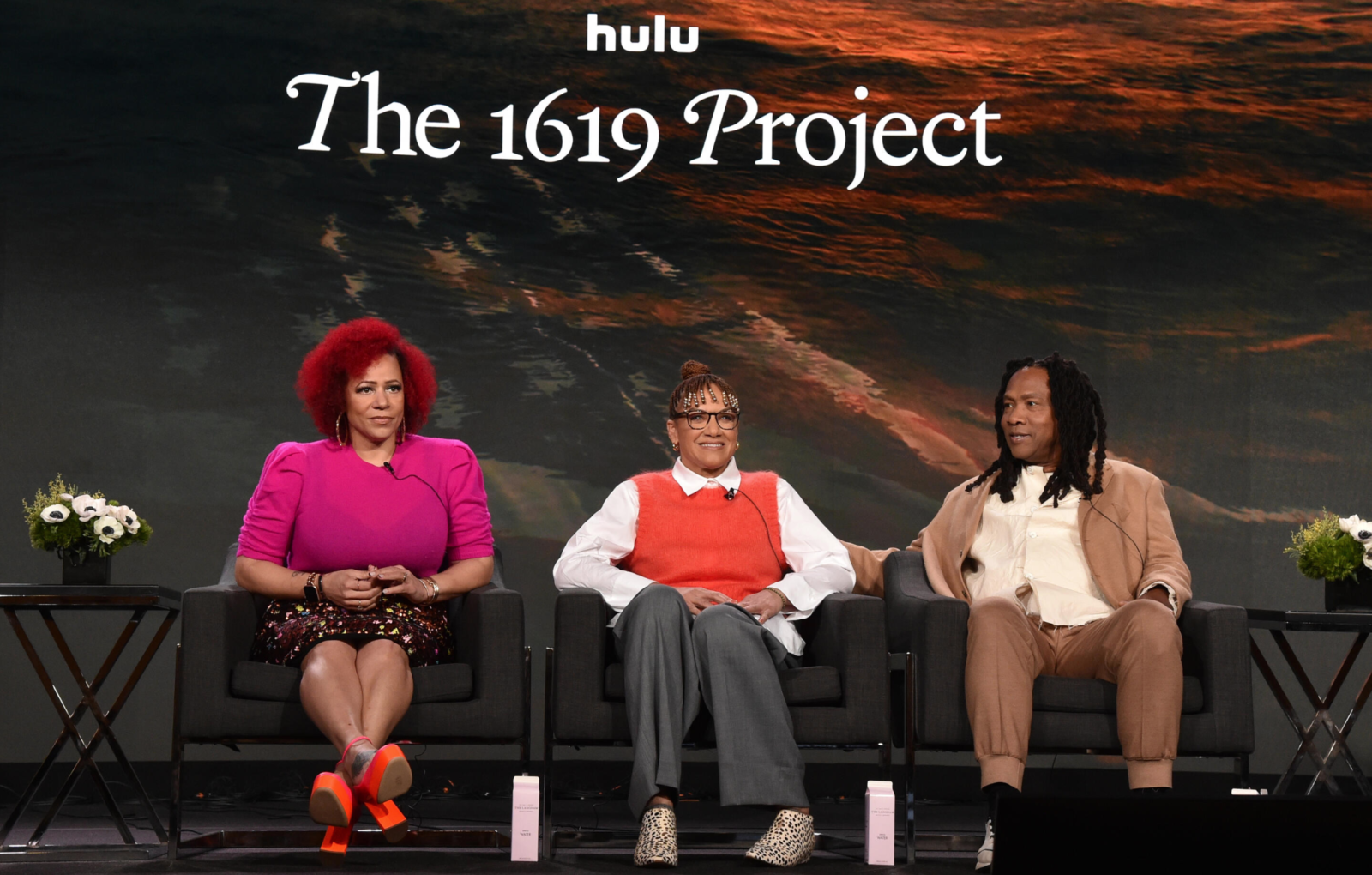 Watching Pulitzer Prize-winning journalist Nikole Hannah-Jones’ Hulu-produced documentary series The 1619 Project, based on a series of New York Times Magazine essays by Hannah-Jones and other writers turned into a bestselling book, I am reminded of two other literary instances.

I think first of Shakespeare’s King Lear, who, after having learned of betrayal by his daughters Regan and Gonorill, cautions himself that he can’t bear to think too long about the implications of such a familial double-crossing. “That way,” he warns himself, “madness lies.”

Second, I think of a minor character in Richard Wright’s Native Son. In that novel is a Black man who has apparently gone mad in his quest to uncover the full extent of white dominance over Black Americans. “You’re afraid of me!” the man shouts in a jail cell. “That’s why you put me in here! But I’ll tell the President anyhow! I’ll tell ’im you make us live in such crowded conditions on the South Side that one out of every ten of us is insane! I’ll tell ’im that you dump all the stale foods into the Black Belt and sell them for more than you can get anywhere else! I’ll tell ’im you tax us, but you won’t build hospitals!” The man goes on until he’s told to pipe down. Eventually, he’s straitjacketed and carted away, never to be heard from again.

Watching this six-part documentary series, I began to feel a little like Lear raving at the wind and Wright’s “mad” character discovering more treachery than he previously thought feasible.

And it’s not that much of the information is news to me; it’s that, once it’s all packaged together in a six-hour series, enlivened by interviews and supported by countless pieces of evidence, the information becomes a burden, a reification of my knowledge of Good and Evil, with extra emphasis on the latter. In short, Nikole Hannah-Jones’ The 1619 Project is an exquisitely  informative downer, but there’s enough hope and strength throughout to make it an almost necessary watch.

The series, like the essays and book that came before it, tackles several subjects that have seemingly most affected Black American descendents of chattel slavery since that first group of enslaved Africans was deposited on colonial Virginia’s shores in 1619. These topics range from the deadly serious, like fear, race, and justice, to the near-benign, like music and democracy. Each topic is afforded an episode to cover it, and the thesis is generally this: chattel slavery of Black bodies was this nation’s original sin, and postlapsarian America does not have many institutions or cultural exports that were not in some serious way affected by it. Indeed, Hannah-Jones’ narration tells us “almost nothing” in America has been left untouched by the legacy of slavery forged in 1619.

Each episode begins with a topic and then traces its genealogy back to slavery, taking time to observe how everything done in the past has implications on the present. In this way, the series closely follows William Faulkner’s adage that the past is never dead. As he says, “it’s not even past.”

Episode 1 deals with American democracy, tracing Black people’s involvement with civic duty — as much as it is available to them at any given point in time — from Reconstruction-era Constitutional amendments, to Jim Crow-era disenfranchisement, to the current fight for voting rights in the 21st century. While giving an overview of past hardwon struggles concerning who is a true citizen of this nation as shown by their ability to vote, the episode also takes a close interest in following Black Georgians fighting voting laws recently challenged as discriminatory by the Justice Department.

The documentary as a whole is a personal project in every sense, for each episode also has Hannah-Jones looking at how Black history has affected her and her family. In the first episode, she wonders how her father, an Army veteran, could have maintained his patriotism despite being born on a sharecropping plantation in segregated Mississippi. She wonders how he could have shown so much deference for the flag, making sure the family’s own stars-and-stripes was flown every day and kept in immaculate condition.

Her confusion about this is shown to be valid, as this episode shows us the efforts of Macarthur Cotton working with the Student Nonviolent Coordinating Committee in the 1960s to register Black Southerners to vote. We see how, just for attempting to get a county with a majority Black population to have more than 5% of that population on its voter rolls, Cotton ends up imprisoned and tortured in conditions that would make the jailers at Guantanamo Bay blush. Hannah-Jones tells us, “It is Black people who have been perfecters of our democracy,” but our role in democracy’s improvement has left scars, both on the psyche and the flesh.

The following episodes, “Race,” “Music,” “Capitalism,” “Fear,” and “Justice,” follow similar beats: a present problem is presented, its foundations in Black debasement are explored, and the audience is enlightened on the steps taken to ameliorate it in the past and today.

The one episode that strays from this slightly is “Music,” which is the most openly celebratory of the bunch while still noting the pervasiveness of white co-option and appropriation of Black music. “Music” comes midway through the series’ run and is, at least for me, a wonderful reprieve from seeming onslaught of facts that must be addressed but are often painful to acknowledge.

The episode that might prove to be the most divisive, however, is “Capitalism.” The thesis here is that, in America, race is inextricable from capitalist exploitation, and this is most obviously illustrated by race-based slave labor creating much of America’s early wealth. The controversy may end up being sparked because, while it is very easy to say racism is bad, to say capitalism is bad, especially in America, stinks of communism. It is redolent of a radical leftism that even Democrats over 30 are suspicious of for its proximity to — gasp! — socialism. The book version of The 1619 Project caught flak from conservatives who hated its racial messaging. This episode might divide left-leaning people who have differing views on wealth redistribution, the efficacy of socialism, and the morality of American capitalism.

The 1619 Project should be shown in classrooms, but it probably won’t be. Many things that should be are not. The project as a whole is controversial because it dares to question the American “bootstraps” shibboleth that places blame for wealth inequality, shocking infant mortality rates, and mass incarceration on individuals rather than institutions.

I can’t say this is the most formally innovative documentary I’ve ever seen, but the content, as brutal as it can be at times, makes the viewing worth it. Yes, that way lies madness, but it’s worse to pretend the problem doesn’t exist.