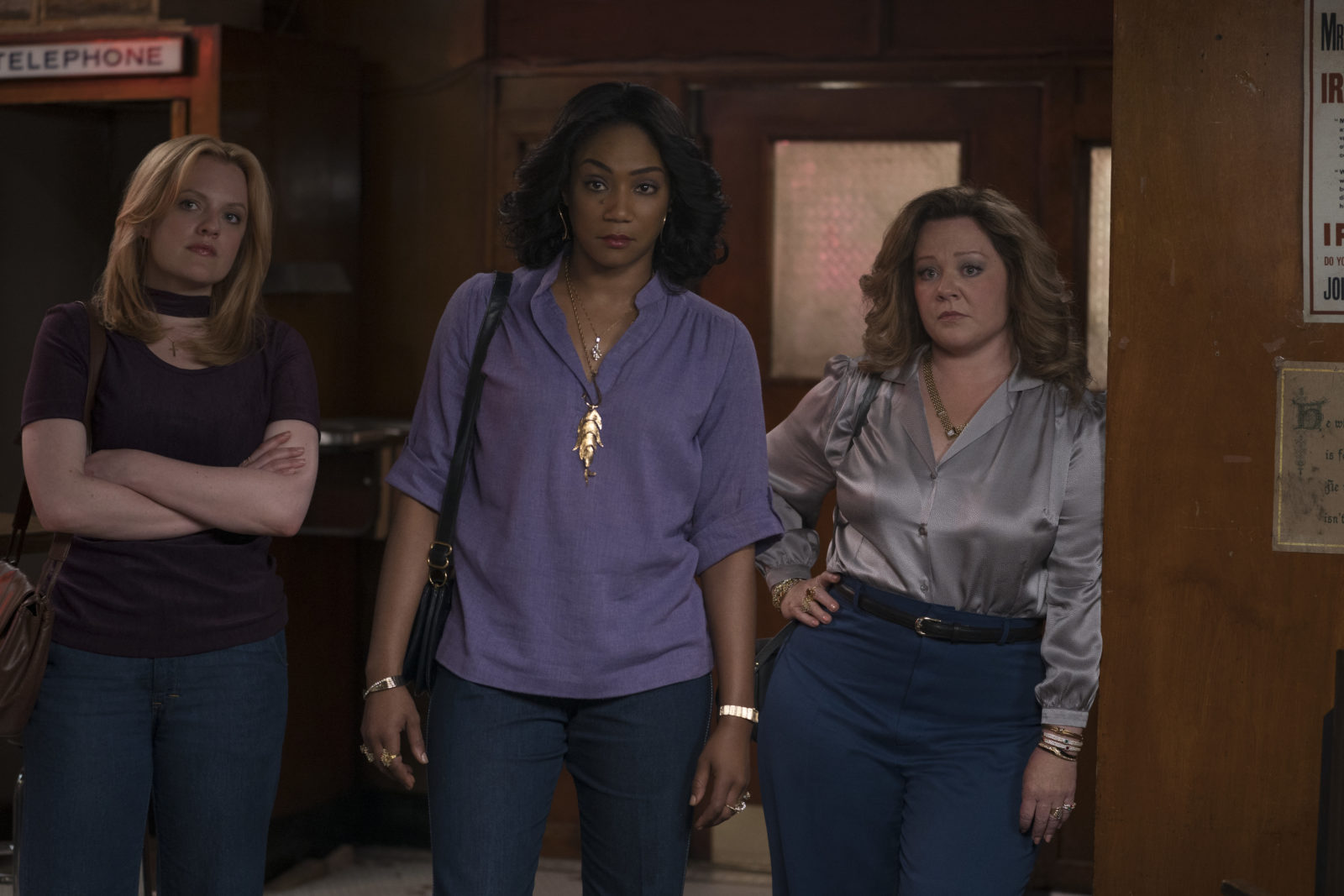 A film written by a female, directed by a female, and starring three females, is a sight to behold in Hollywood.

That’s why we were all excited to see Warner Brothers’ new release, The Kitchen. The crime-drama film is about gangsters in 1970s Hell’s Kitchen, New York City. When Irish gangster husbands wind up in prison, their wives take over their organization to become the Kitchen’s most powerful mobsters.

The female-driven mobster flick stars Melissa McCarthy, Tiffany Haddish, and Elisabeth Moss and is written and directed by Andrea Berloff, Academy Award Nominee for Original Screenplay for Straight Outta Compton. While the cast and crew scream blockbuster hit, unfortunately, the film is far from it. Entertaining? Yes. This film could be certified fresh if it wasn’t for the disorganization in the beginning. What could have been a fantastic film on class, race, and gender equality turned out to be a full-on Monet; okay from far away, but up close, a big mess. 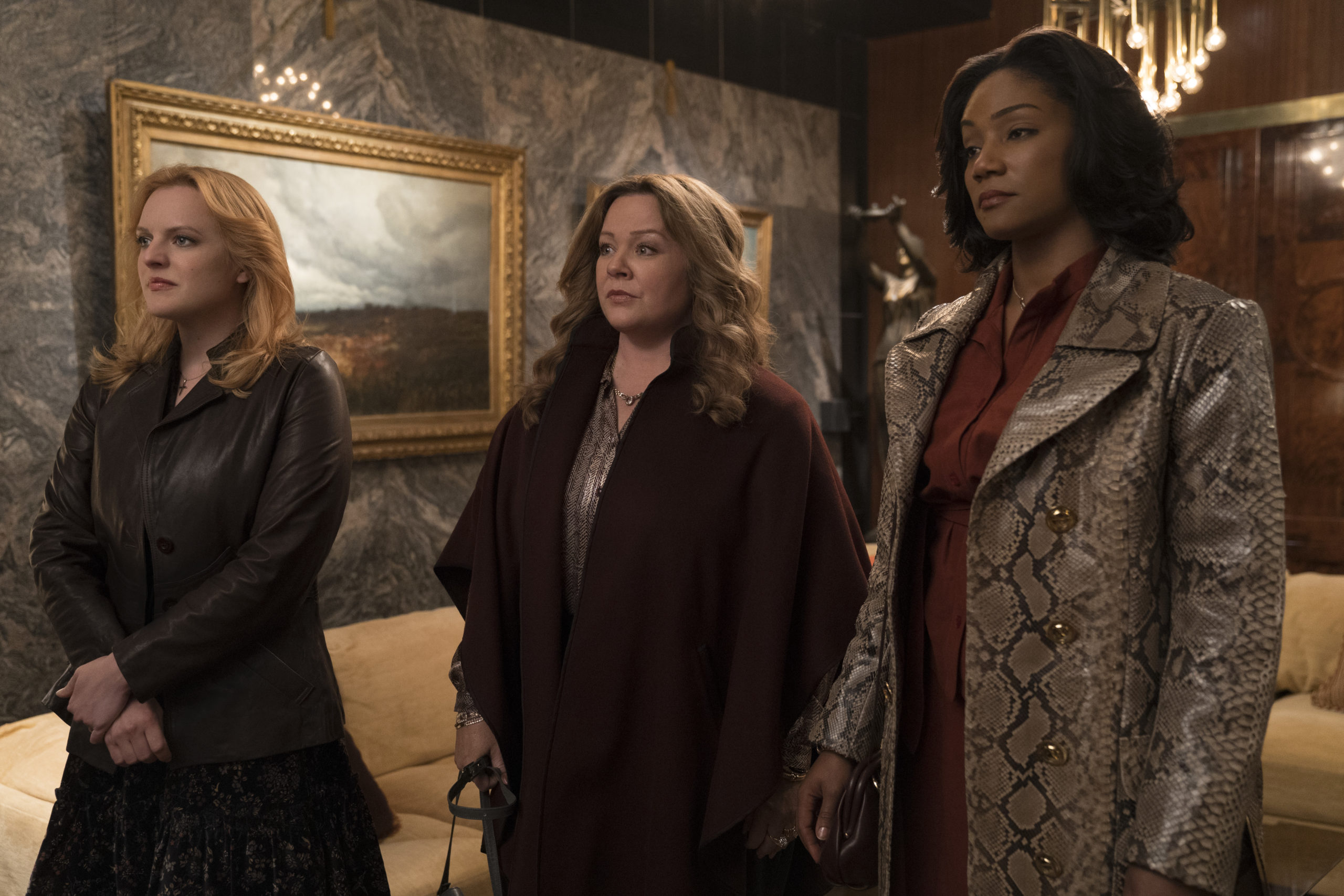 The film is an hour and forty-three minutes long. For a good fifty of those minutes, the film is dull. The first act is incoherent and tough to get through. The pacing of the film is off. Due to audio issues, punchlines miss the mark. There is no general overview of what life is like for these women to make the audience believe they can take over the rackets for their husbands.

A fun fact about this film: It is based on the comic book series created for DC Vertigo by Ollie Masters and Ming Doyle. The film looks to collect all eight issues of the series. Perhaps that is why the film seems rushed and chaotic in the first half. The story is excellent overall but could have been executed more productively. The goal of the film, if I’m not mistaken, was to showcase that women can make it on their own. The three ladies discovering their toughness and what they are capable of is the core of the film, but we are denied a moment to appreciate and empathize with the characters because the beginning is so unnecessarily convoluted.

The second half of the film is where the themes and flavor of the film are released. The film starts with a society where women need men to feel protected and safe. The turning point comes when the women announce they don’t need a man to run things for them, but they can do it themselves. It’s the theme of empowerment that circulates through the latter half of the film. The three ladies realize their potential and empower themselves. That’s when the movie becomes interesting. That’s when the film becomes excellent and worthy of our time.

The main thing that kept this film afloat was its cast. The mob wives Kathy, Ruby, and Claire are played by Melissa McCarthy, Tiffany Haddish, and Elisabeth Moss.

McCarthy, as the loving housewife Kathy, is a character you think is complacent and deferential but turns out to be a leader in her own right. She’s the one with kids — the one who has a good relationship with her husband. But, she is sidelined because she is a woman. Her growth throughout the film, though slow to start, turns her into a “bad mother-f-(shut your mouth).” 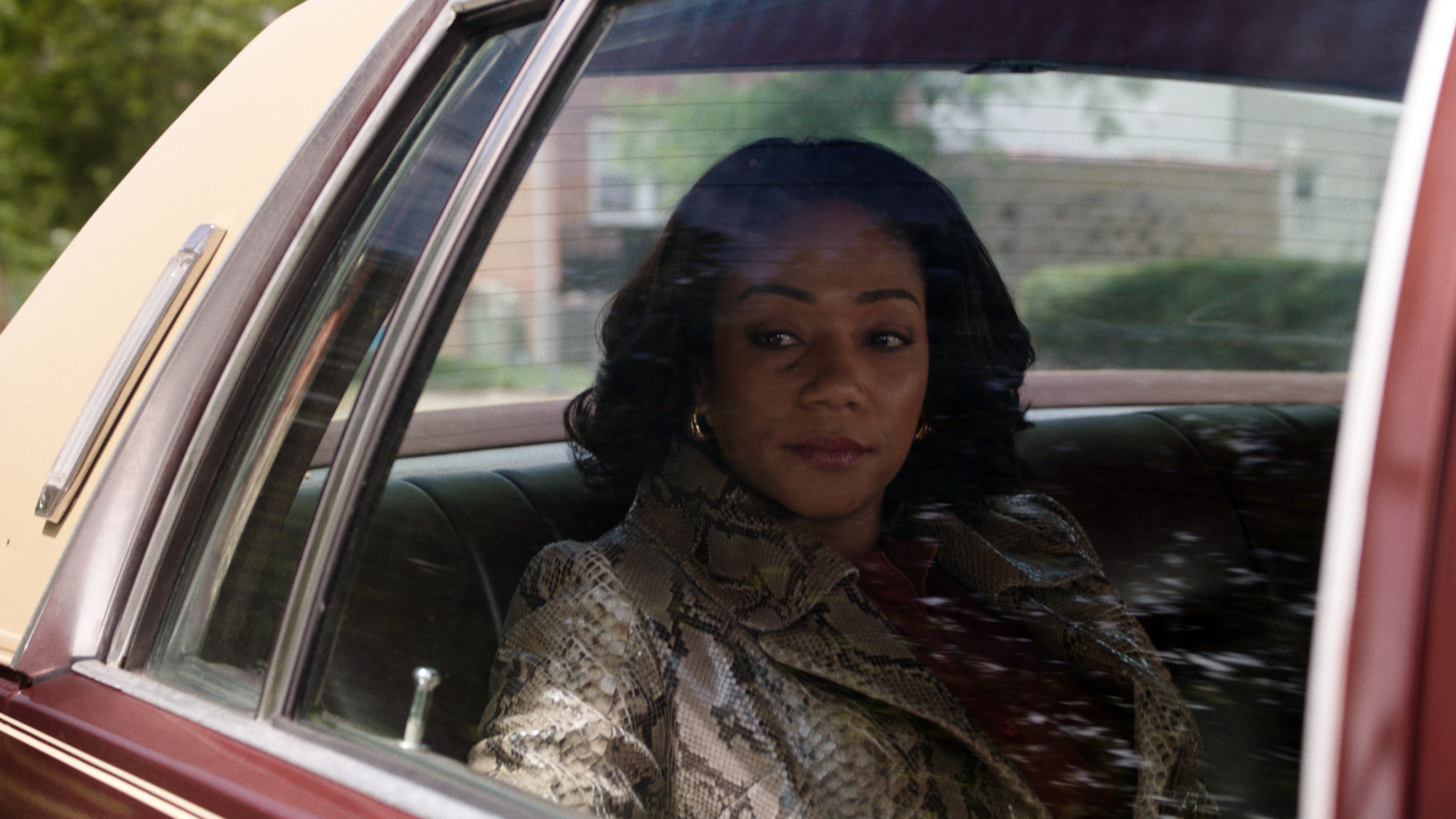 Haddish as Ruby was a stretch at first. We get it. The actor is venturing out of the roles we know and love her in because growth is natural in the film industry unless you want to be typecast for the rest of your career. She has some great moments once the film gets going, and we see Ruby start to develop into a fully realized character. Ruby is from Harlem and married into a white family. She had to be some kind of tough to make it during that time. When the sass comes out, that’s when Haddish shines.

But the best one in this film is hands down Elisabeth Moss as Claire. Claire is the wife who had been victimized for years by an abusive alcoholic husband. She is the one whose story was the most tragic, who you thought would need the most help gaining her independence and finding her strength. I don’t know if it’s all The Handmaid’s Tale that I’ve been binging, but this girl knows how to get into the gritty characters. Moss as Claire makes you think she is a foolish girl, traumatized by the events of her past. She is foolish in the sense that she has no awareness of her surroundings and unnecessarily puts herself in harm’s way. But, when you see her in that second half with her girls, she quickly becomes the one you need to watch. (It’s always the quiet ones.) Moss’s ability to transition between the two aspects of her character is clap-out-loud-in-the-middle-of-the-theater worthy. There were even a few “Yes, girl!” moments from the audience during the premiere.

When you realize how intense these women are, you think, “Lord help the poor schmuck who stands in their way.” That’s how I left the film feeling, which is an excellent way to go. I even took note of the Easter egg that was put in there for Marvel fans with Annabella Sciorra playing a character married to Italian mafia boss Alfonso Coretti. In the Marvel Universe, Annabella plays Rosalie Carbone, head of the Italian crime family in Harlem. Have to appreciate those nerd moments.

The Kitchen hits theaters August 9, 2019. Be prepared not to be wowed until halfway through.