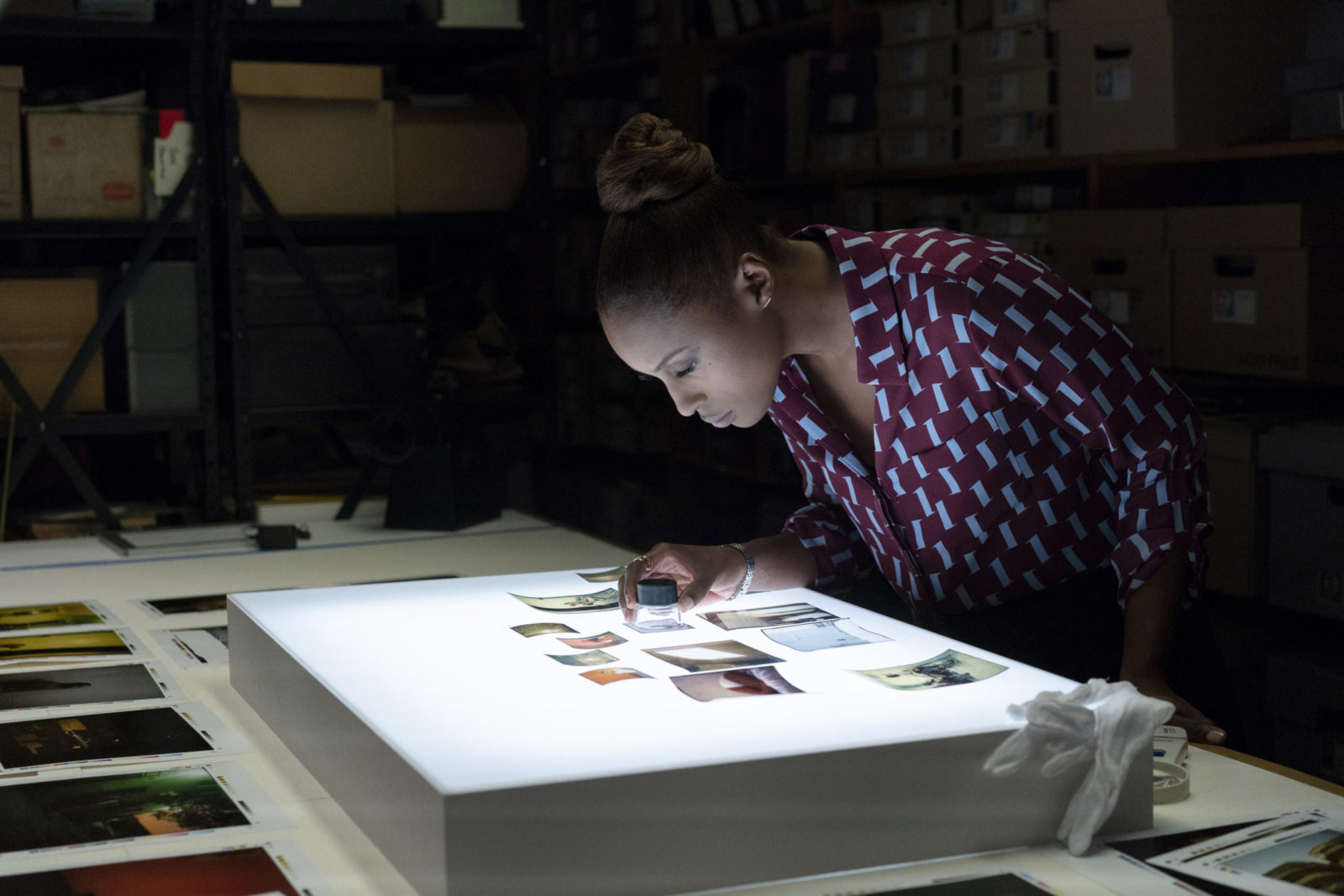 This beautifully told narrative from an original screenplay written Stella Meghie tells the story of an art curator who meets a journalist who connect in a unique way — in the Universal Pictures film The Photograph.

This strategically timed romantic film scheduled for Valentine’s Day release also uses the season of love as its backdrop for the film as we meet our protagonists Mae Morton (Issa Rae) and Michael Block (LaKeith Stanfield). The New Yorkers have instant chemistry when Michael meets Mae while researching an editorial feature he’s writing on her mother, famed photographer Christina Eames (Chanté Adams) and her long lost love (Y’lan Noel). As Michael digs deep into his research, he unexpectedly falls hard for his subject’s daughter, and the feeling is reciprocated.

There are some moments in The Photograph when Mae and Michael first meet which lead you to believe this isn’t your typical romantic drama. Michael isn’t smooth at all with his pickup game and he’s a bit awkward, so Mae has some anxiety trying to get feel comfortable around him and simply just being herself.  In fact, he calls her on it and tells her to just be herself, in which case she asks a poignant question: “Do you ever find yourself caught up in other people’s moments?” Although Mae is asking this question to Michael, she’s also asking this question to herself and questioning her own identity, which later ties into a major plot point.

There are a series of parallels in relationships Meghie pulls from in The Photograph. Obviously, the central story here is Mae and Michael. However, surrounding their narrative is the relationship of Mae’s mother Christina with Isaac, who was her first love. This relationship is important to the plot because it acts like a mirror to that of Mae and Michael’s, and it also carves into Mae’s character development as the plot meanders and grows throughout the film.

Another interesting and impactful relationship is that of Michael’s close friend Kyle (Lil Rel Howery) and his wife Asia (Teyonah Parris). The married couple has two daughters together and appears to have a fun-loving and healthy relationship. Adding Lil Rel Howery to the cast, of course, means there will be comic relief in each scene he’s in, which is of course what happens when Kyle interacts with Michael, but it adds just enough levity to this drama to keep it from going into a rabbit hole of being a sappy and sentimental drama. There are moments where the story tries to take you there, but it yanks you out just in time to enjoy what Mae and Michael have together.

Of course, as every relationship does, things get complicated when Michael is offered a new job opportunity in London shortly after meeting Mae, which could compromise everything between them.

The other relationships added in bring a nice balance to the story. Although we don’t ever see it culminate on screen, Michael’s colleague Andy (Kelvin Harrison Jr.) unexpectedly finds love with Mae’s friend Rachel (Jasmine Cephas Jones), who pretends to like Andy in order to give Mae a chance to be alone with Michael.

In other words, everyone has a boo in this film.

What is pretty remarkable about The Photograph is that yet another character in this story is the music. In fact, the music tells a story of its own. The film takes place in various settings, from New York to New Orleans to London. The smooth southern sounds of jazz crescendo to a beautiful range of piano notes colliding together during some of the film’s most dramatic moments, giving it so much more depth than most of its genre.

The Photograph is a touching love story for a new generation of romantics. For example, Mae and Michael’s dinner conversation about Kendrick Lamar and Kanye, debating on their philosophies as artists both in hip-hop, fashion, and as activists, provides a welcome moment today’s viewer will relate to.

In an interview with BGN, director Stella Meghie said that the film Love Jones inspired her in this genre. She played it on repeat when she was 16. “The characters were adults with that adult, very sexy, intellectual, sophisticated kind of love. That movie shaped me a lot because I used to watch that when I was younger. Love & Basketball was a big thing for me. Gina Prince-Bythewood is an inspiration.”

The Photograph has an impressive production team behind it, including Will Packer of Will Packer productions and star Issa Rae, who also serves as executive producer. Stella Meghie wrote and directed the film, bringing back Y’lan Noel whom she worked with on The Weekend.

Take your boyfriend, girlfriend, or if you’re single take yourself to check out The Photograph on Valentine’s Day, in theaters Friday, February 14.