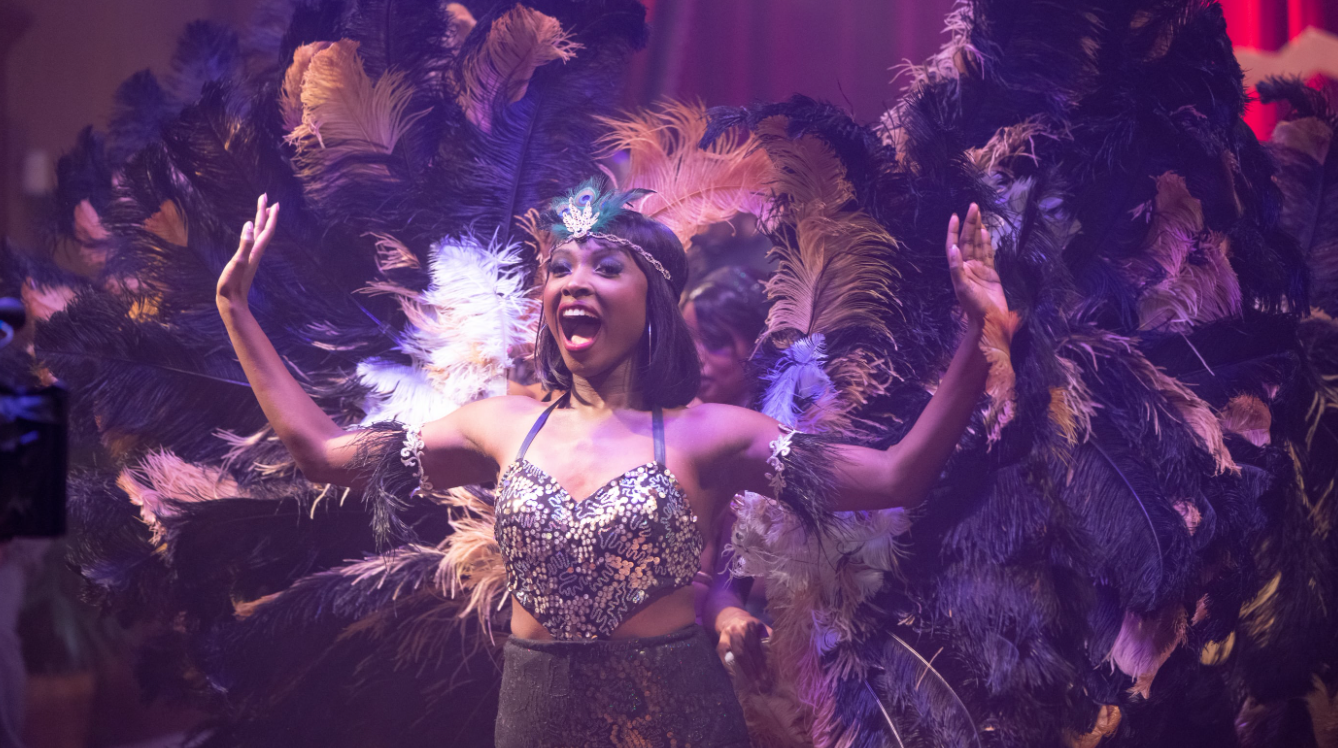 Watching The Porter, available on BET Plus on May 6, 2022, all I could think is “Drama! Drama! Drama!” and that is what I love. Something about period pieces adds a sense of mystique to the tragedies and traumas that have cut us. The Porter certainly has the costuming and sets to wrap you into its world. The Porter feels special in how it blends the hope and heartbreak that stirs within people when the world is against them.

For many of us, our lives feel divided between the times we had to live, despite what others’ prejudices and pressures wanted for us, and the few times we feel like we got what we wanted. Set in Set in 1921 in Montreal, Canada, co-creator/executive producer Arnold Pinnock weaves themes of race, class, human rights, and dreams to find breath in a world still treating Black people as if they should not breathe. The entire series looks glamorous and is stylized to perfection to put a beautiful glaze on what is a historical gut-punch that follows two friends/ porters Zeke (Ronnie Rowe Jr.) and Junior (Aml Ameen).

As the core dynamic of the show, Zeke and Junior ask the gnawing, existential question of Season 1: when you spend your life serving people who would never serve you, how do you redefine what you should and can give to yourself and the ones whom, actually, stand with you?

Both actors are exceptional at showing the grounding nature of friendship, love, and community when facing a harsh society. Yet, love inspires differently. For Zeke, a Black union is the only way to gain and defend the ever-diminishing wages, rights, and respect the porters have as the “valets” of the transatlantic railroad.

For Junior, having a family complicates things and adds an urgency that will lead him down a dangerous, criminal life. The friends enter a cycle of drifting apart and reuniting via their choices. They are not the only ones wondering how much you can change your life for yourself, individually, when your community is not seen humanly.

Zeke’s wife, Marlene (Mouna Traoré), wonders whether being a nurse and mother, despite her love for others, is actually fulfilling her. Meanwhile, Lucy (Loren Lott) is so determined to succeed that she yo-yo’s between selfish strategy and self-doubt, but ponders if being a “rich and famous” entertainer is really her only way to rise.

As for Fay (Alfre Woodard), her physical health challenges her mental and spiritual health because she, too, questions how running a brothel in St. Antoine has made her life valuable. Lastly, there is a Queenie (Olunike Adeliyi), or rather the powerful “Queenpin” that blocks Junior from running his “gambling ring dreams” in her domain.

All these women are strong, determined, vulnerable, and sad, particularly over how their lives are turning out without them having the power to turn. Each actress’ performance embodies the laced layer of Blackness that comes with womanhood and the fear that, if Black men can be so embattled, what devastations can lie for Black women. Moreover, what do you do for yourself in response to constant, systemic, and social outcasting?

In absolutely every character, I saw the ricochets of history to now. I saw that feeling of being trapped between a service role like nurse or porter. Then they became a demi-god like an entertainer while neither one makes a proper wage or treatment and just turning to crime.I saw how poverty has been manipulated and weaponized to keep entire communities decimated in their ability to mobilize and rise to self-sufficiency.

This is why money is the root of all evil. Every character twists, turns, sweetens, and surprises in how they face the feeling of insanity and doom that comes from not being able to afford their own life. Yet, beauty and zest stir from still having life within you. In addition, the show is stunning visually because it is set in the Jazz Age.

The Porter’s ability to look like a moving work of art turns it into a much-needed revelation of hidden history. You really do want to watch the show just on how every frame sits like a portrait, even if that portrait includes pain or glamour.

Frankly, it is hard not to feel that the cast’s exceptional performances were built like mirrors for us to reflect on how much the Black experience/POC opportunities have really grown. Still, while I was enamored by the hearts of these characters and their actors in the face of a heart-wrenching world, what fascinated me, oddly, was that this show was based in Canada.

When it comes to racism, America can really take the cake, but we forget that other locations have their slices, too. In some ways, Canadian history can be “Degrassi-ed” to the world; making us feel like all their drama is set and settled in episodic chapters of its youthful history. Yet, Pinnock’s journey of multiple rejections, as an actor, led him to research the Black community in Canada. What he found were the cruelties and sacrifices that were survived just to build an economic class for a community whose bodies were the economy for a very long time. In some ways, his story of “No” is what inspired him to analyze and trace the history of the most powerful word to being horribly over-used.

The Porter is a must-see show for both Black history and humanity. It is rare to find a show the encapsulates both so richly and addictively. Watch it on BET Plus.