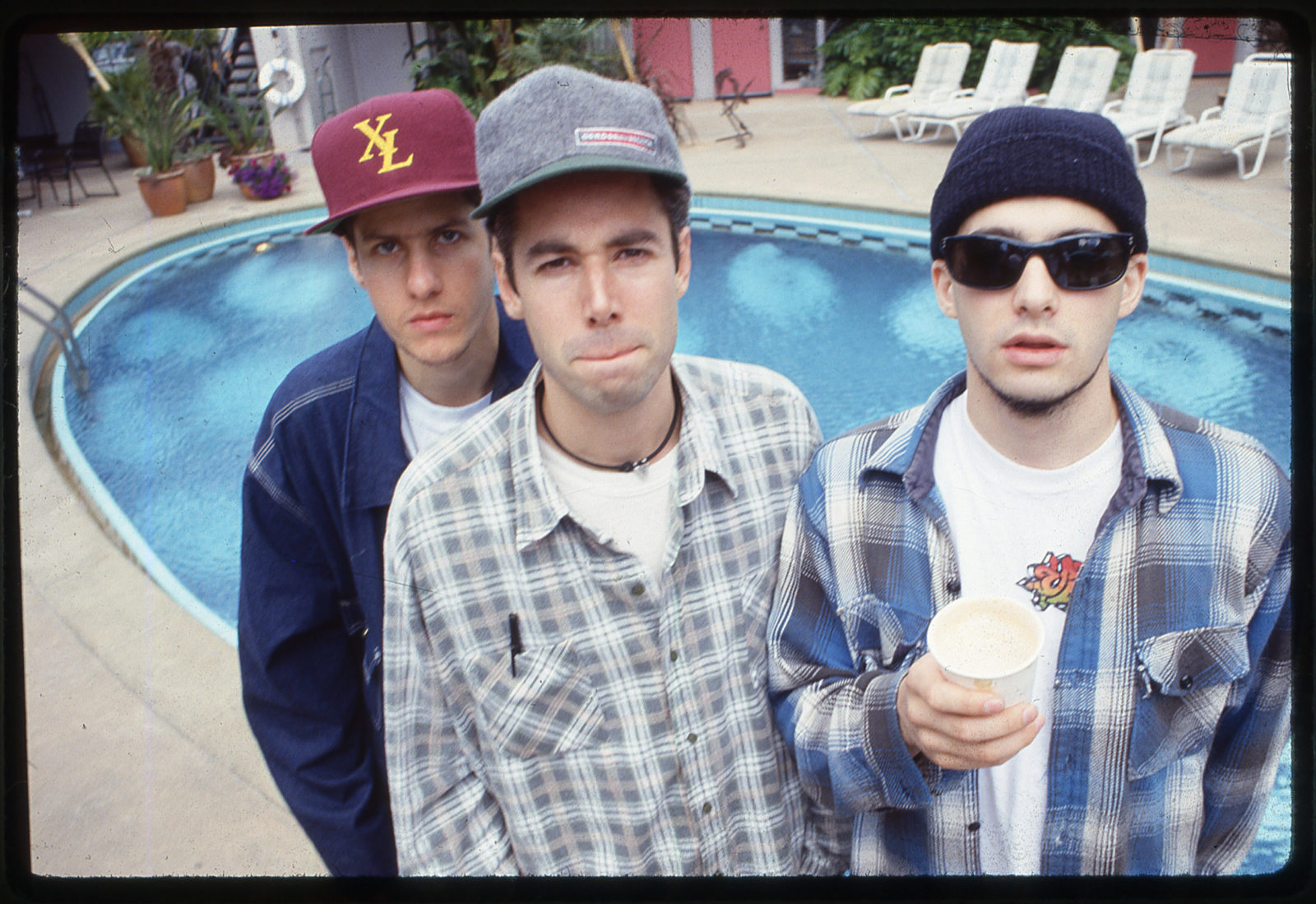 When a group of weird kids discover they’re not alone, they find much more than each other — they find themselves.

In Beastie Boys Story (produced by Spike Jonze), Ad-Rock and Mike D adopt sort of a Steve Jobs–style presentation approach, but instead of unveiling a new iPhone we’re given real time narration and a peek inside the construction of the rock group, starting with their youth-driven backstory.

Adam Yauch, who passed away from cancer back in 2012, is credited with being the visionary who started the band along with curating the group’s name, Beastie Boys. On stage, both Adam Horovitz (Ad-Rock) and Michael Diamond (Mike D) tell the story of how they first discovered a scene full of cool punk-rock girls. As women have done since the beginning of time, the young girls molded the boys into eclectic individuals and helped grow their love for the movement. But, after a few performances as an all-punk band, they felt something was missing.

In an attempt to change their sound, the Beastie Boys incorporated soul, reggae, and rap into their repertoire. With a cosign from Africa Bambaataa and the birth of Run DMC’s “Sucker MCs,” they finally found the style we would come to recognize from the Beastie Boys. When searching for a DJ to join them on stage for a battle of the bands performance at Studio 54, a college kid named Rick Rubin, with aspirations of becoming a rap producer, proved to be their ticket to stardom.

Thanks to Rubin’s affiliation with Russell Simmons, manager of the legendary rap group Run DMC and idols of Beastie Boys, the band eventually became artists on Rubin and Simmons’ record label, Def Jam. Unfortunately, the act soon discovered that with great success came great consequence. The group’s only female member, Kate, was removed from the band. In many ways, Kate was the sacrificial lamb that was slaughtered so that the boy’s club could thrive. One might say that the turmoil that would follow the group after her departure could have been prevented had there been the presence and logic of a woman, but I must admit that I am biased to the gender.

With the remaining members still intact (Ad-Rock, Mike D, and MCA), the band’s music consisted of satire with small doses of musical influence layered in between. They were exaggerated versions of whatever they had decided to be that day, but it worked, and their careers shot to the top of the charts.

Although the Beastie Boys were showing no signs of slowing, they started questioning whether they wanted to continue the path they were on. However, demand for the obnoxious and chaotic characters they had created grew even greater. After a while, their individual understanding of reality became blurred, as Ad-Rock refers to their inability to tell a joke from real life. Mike D reveals his personal struggle to relate to his own friends back home due to his new persona. Soon, they started re-evaluating their careers and lives as a whole, which ultimately proved to be what they needed to bring them back to the hunger and drive they had when they were just weird kids looking to connect to the music.

What I appreciate most about Beastie Boys Story is how the two remaining members do their best to honor MCA by representing him as the glue that held the group together. As a teen, Adam Yauch had a dream that would later become fulfilled, but music was only one part of that dream. Through his charitable contributions and desire to embrace different cultures and religions, he was able to experience so much more than the musical freedom he encountered in the bands he worked with — he ultimately experienced the beauty of humanity.

The film is set to premiere on the heels of the 26th anniversary of the release of Beastie Boys’ No. 1 charting 1994 album, “Ill Communication,” and reunites Beastie Boys with director Spike Jonze over 25 years after directing the music video for the album’s immortal hit single, “Sabotage.”