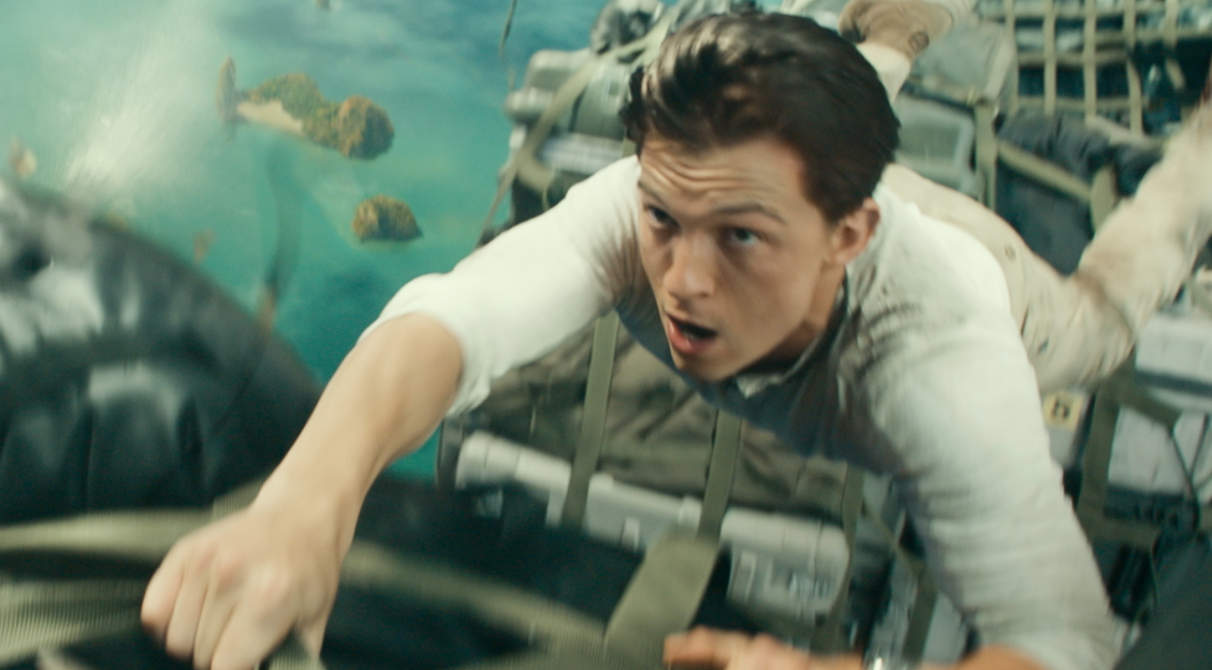 Films based on video games have always been tricky. There have been some awful ones and a handful of good ones. Primarily, video game-inspired films can fall into that limbo of good if you have never played the game but irritating to gamers who see all the flaws. Uncharted is the latest film based on an award-winning video game franchise that gives us star power but not enough of anything else to keep us interested.

Uncharted, after all, is an action, adventure, treasure hunt film. As a fan, I can’t help but think of personal favorites like Aladdin (1992), The Mummy (1999), National Treasure (2004), Indiana Jones (first three), Pirates of the Caribbean: The Curse of the Black Pearl, The Goonies, The Treasure of the Sierra Madre, and The Da Vinci Code. Uncharted, on the surface, is an exciting, action-packed adventure with treasure. It’s fun, comical, smart, and dangerous. But, what else? For a great treasure hunt movie, you need the characters, the story, the journey, and the treasure. Uncharted is shaky with all of it. The film straddles the line of hit or miss, which results in a mediocre presentation.

Directed by Ruben Fleischer (Zombieland, Venom), Uncharted follows Nathan Drake (Tom Holland, Spider-Man: No Way Home), the young, street-savvy history buff, and his pursuit of the “greatest treasure never found” with Victor Sullivan (Mark Wahlberg, The Fighter), the untrustworthy, seasoned treasure hunter who worked with Nathan’s long-lost brother. Along the way, they pick up a former colleague, Chloe Frazer (Sophia Ali, The Wilds), who doesn’t trust Sullivan as far as she can throw him. Of course, others are looking for the treasure in the name of the Moncada family, who have a long history with money-making expeditions. The film also features Antonio Banderas (The Mask of Zorro) and Tati Gabrielle (Chilling Adventures of Sabrina). It’s based on a video game of the same name by Naughty Dog LLC.

I’m no history buff, so accuracy in historical artifacts is not why I see treasure hunting films. Uncharted sets the stage with history, dates, and cool secret tricks that lead to hidden stairways, trap doors, and dangerous obstacles. The treasure found was worth the journey, regardless of whether you’re a history nerd, gold seeker, or into private auctions to sell priceless items. The problem is the audience doesn’t get a chance to fully appreciate what’s on screen. There were some amazing action sequences and stunts utilizing the treasure. But once found, the treasure wasn’t the main attraction. For this story, it ought to have been.

There’s that adage, “It’s the journey, not the destination.” That works for treasure hunting films because the journey is the bulk of the film. What could have been a memorable journey was lacking in Uncharted. Spain is one of those locations with tons of history and breathless beauty. The Philippines is gorgeous with many picturesque beach locations that would have brought a depth of beauty, suspension of disbelief, and all-around transportation to the audience. Instead, the setting of Uncharted was full of bars, dark underground caverns, tight shots of ocean water, and Papa Johns. There goes any kind of cultural significance.

When it comes to the casting of Uncharted, I know people had their doubts about it, but for this film, I was pleasantly surprised. Tom Holland is not a bad actor; it’s just hard to get people to see you beyond a character you’ve been playing for years. (Looking at you, Spider-Man.) He’s charming and hard working. You can tell he had fun in this role. There was some definite fanfare with scenes of him working out and shirtless. He did not disappoint. Was it the best role for him? Probably not. But, it was fun to see him work alongside Mark Wahlberg. The two have good chemistry. Wahlberg is always a fave. His version of Victor (Sully) Sullivan is a great combo of sass, sarcasm, weariness, and occasional father-figure tones.

I did expect more screen time from Antonio Banderas as Santiago Moncada, the head honcho who thinks his family deserves the sought-after treasure. Tati Gabrielle always gives off powerful female vibes in roles. This one is no exception. She plays ruthless mercenary Jo Braddock. She has a history with Sully and Nate’s brother Sam, but we don’t get the full story in this film. I also wanted more of her. Sophia Ali as Chloe Frazer works well. Her energy on screen is fantastic. I hope they consider her for a spinoff — maybe Uncharted: The Lost Legacy game turned into a film.

Even though fans of the game franchise will get a kick out of the easter eggs found in this film, overall, Uncharted could have done a lot more. There were plot holes they could have fixed if these characters had more backstory about who they are and their motivations. The world-building was lacking. Given the $120 million budget, I didn’t expect the best CGI, but I expected it to be a lot more polished. When watching a film based on video games, the characters, world, and effects need to be there. Otherwise, what’s the point?

Uncharted will be available in theaters on Friday, February 18, 2022.