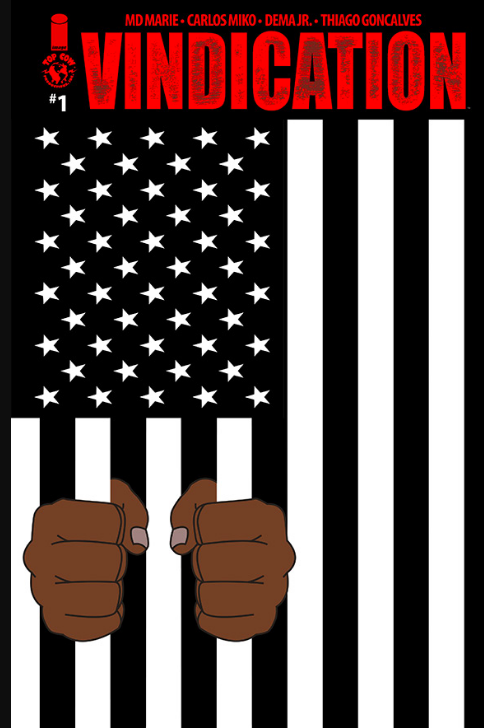 This February just in time for Black History Month, Top Cow Productions, Inc. in conjunction with Image Comics releases the comic Vindication.  Vindication is written by MD Marie and drawn by Carlos Miko, and Dema Jr. With the first issue of any comic, it is always interesting to see the comic summary and then see how well the comic itself matches or whether the summary reveals more than the first issue’s contribution to the title.

In turbulent times, when cops are often portrayed as the enemy of the people, Detective Chip Christopher maneuvers the blurred blue line between racism and due diligence in order to do his job. And right now it’s his job to investigate Turn, a young black man with a sketchy past — who was previously exonerated of a similar murder.

This one follows pretty well as the story begins with an inconclusive DNA test, which results in the release of Turn Washington after ten years in prison.  The detective, Chip Christopher, who made the case, is convinced that he has the right guy.  The first issue explores the beginning of his investigation and leaves you with more questions than answers as he works to determine whether he was right about Turn. 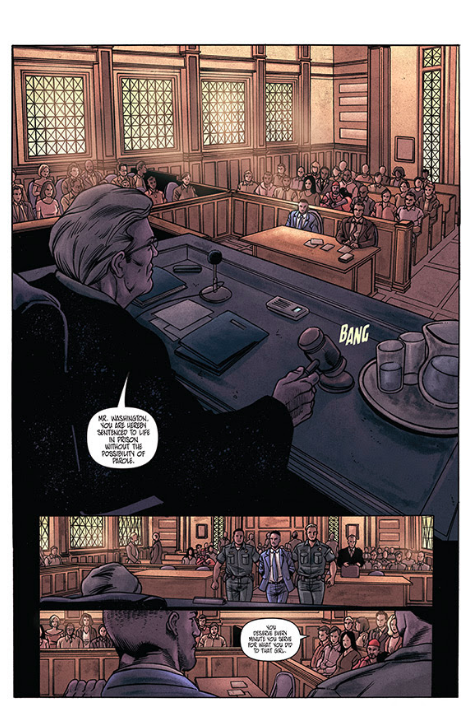 The premise of this story is based in fact.  We all know of an acquaintance, friend, or family member who was at the wrong place at the wrong time with the wrong people.  There is a report in the National Registry of Exonerations administered by the University of California-Irvine, which indicates that in 2017, approximately 60 percent of the exonerations involved official misconduct.  The average time spent in jail by those wrongly convicted averaged around ten years.  The story in Vindication fixates on the personality and background of both Chip and Turn.  It follows Chip around as he follows Turn around.  In that way, we learn about both of them.

From the beginning, the dialogue is full of cliché’s, and the art and the plot make this title feel like it crawled straight out of a 1970’s Blacksploitation story.  As the issue progresses, new characters are introduced to try to explore more of Chip’s personality, and the writing morphs a decade to better support any of the 1980’s television cop shows. 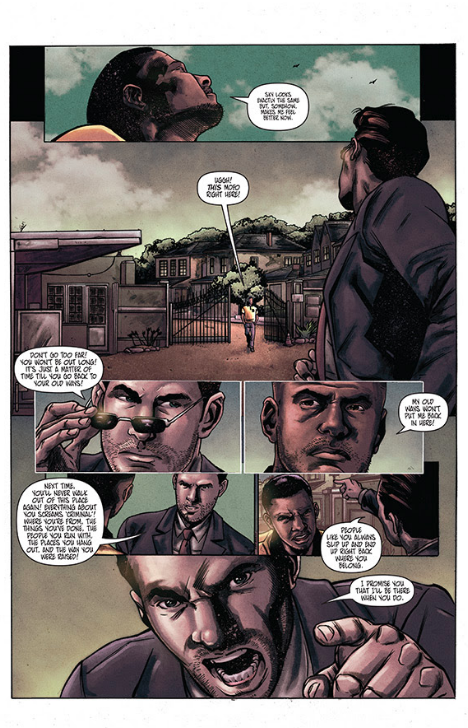 The intent is to explore a very complex and controversial subject, and in any medium this topic would be difficult.  For a comic, there is the added burden of meshing the visual component with a story meted out over several issues.  All in all there is some potential in the concept.  The trick is in the implementation, and there are no real pointers as to where this title falls out.  This book is not up everyone’s alley, but this is the type of story that should be told for no other reason than the discussions it can invoke among a diverse group of people.

The first issue of Vindication was released on February 6, 2019, and is available at your local comic shops and online.