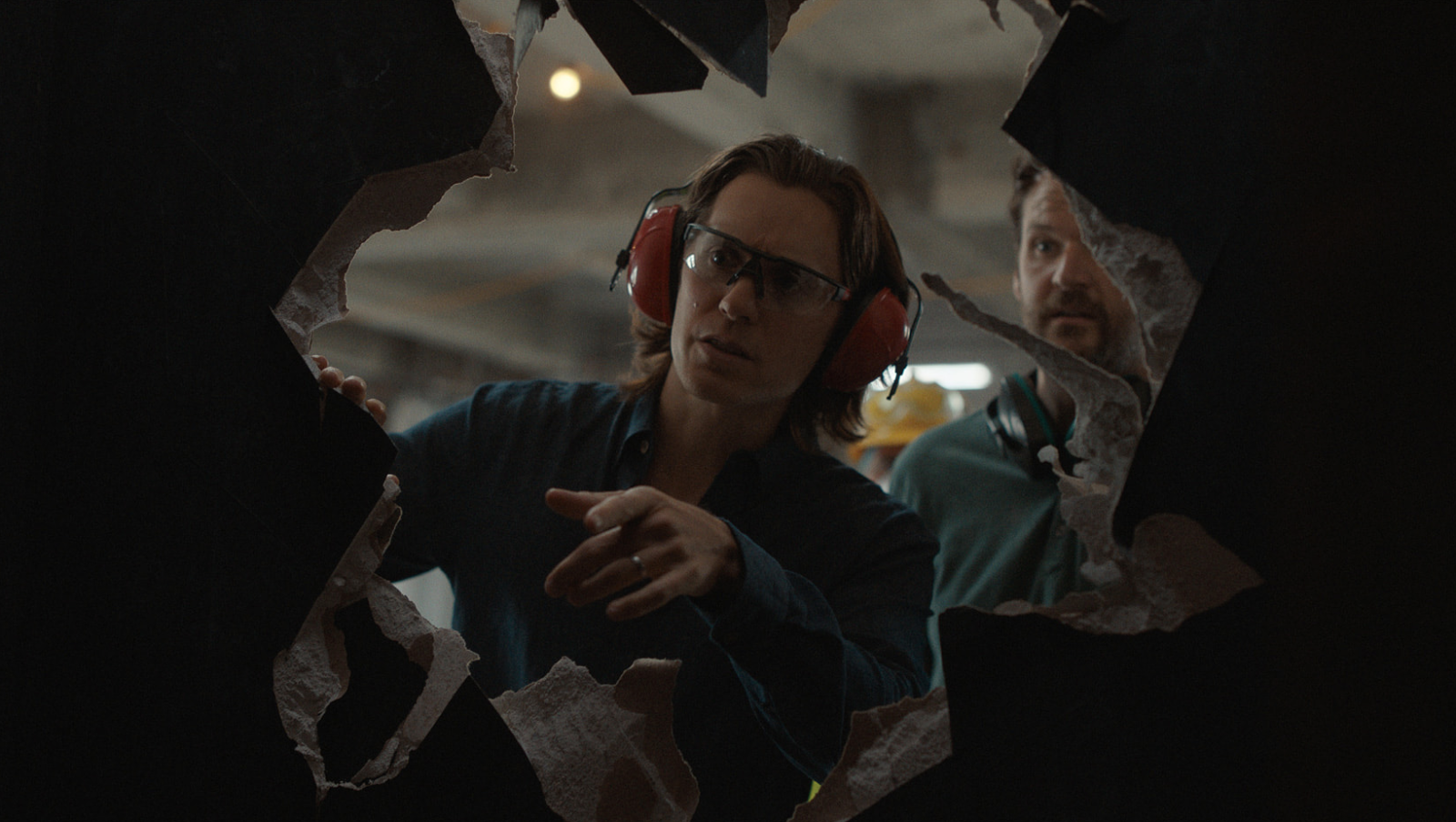 In 2021, New York Times finance journalist Andrew Ross Sorkin interviewed former CEO and co-founder of WeWork Adam Neumann.  It was his first public interview since Neumann was ousted as CEO in 2019.  In the interview, Sorkin mentions to Neumann that Jared Leto is playing him in an upcoming TV drama and asks Neumann if he plans to watch.

Neumann responds, “He told me not to.”

Actor Jared Leto who plays Adam Neumann in the new Apple TV+ show, WeCrashed, advised the disgraced CEO not to watch the impending series.  After viewing the 8-episode series of WeCrashed and seeing the life of Adam and his company WeWork reach great heights and quickly crash and burn as swiftly as it started — it’s understandable why Leto elected to tell Neumann not to see this story unfold on the small screen.  Based on the Wondery podcast of the same name, WeCrashed explores the tragic fall of the 47 billion dollar disaster that was WeWork. WeWork is a company that provides shared workspaces for young entrepreneurs and tech startups to prepare to become the next Facebook or Google. Adam’s story has all of the makings of an episodic series, and his story is not only remarkable but almost impossible to believe.

Jared Leto gives an impeccable performance as the billionaire businessman. Leto, very similar in appearance to Adam, wearing brown contact lenses and delivering an impressive Israeli accent, does a far better depiction of a real-life entrepreneur than playing Paolo Gucci, who sounded like Luigi from the Super Mario gaming franchise, in House of Gucci.  Leto, who serves as executive producer on this series, most likely reached out to Adam to get some feedback and perspective on the character. Neumann’s wife, Rebekah Neumann, played by Anne Hathaway, is another performance that nails the real-life persona of a woman who is hard to read. Hathaway also serves as executive producer of the film. Although there’s no record of the two interacting before production, Hathaway captures the essence of Neumann’s wife who worked as Chief Brand Officer of the company during her tenure there.

Rebekah, who is also Gwyneth Paltrow’s cousin, has one of the deepest character development arcs in the series.  Showrunner and writer Lee Eisenberg (The Office) peels the layers back of Hathaway’s character Rebekah like an onion, and we find a woman who has no sense of self or identity.  Not only is she living in the shadow of her husband, but in earlier episodes, we find before WeWork started, she was trying to live in the shadow of her famous cousin Gwyneth. The series shows flashbacks of Rebekah’s childhood, her relationship with her father Robert Paltrow (Peter Jacobson), as well as her traumatic breakup with her college boyfriend. These events slowly shape the woman Rebekah has become, and WeCrashed does an excellent job of crafting that together for the viewer to make sense of her personality.

Most importantly, it makes sense why Rebekah would connect with a man filled with so much self-conceit and arrogance. The two create this toxic hubris together, cultivating the “fake-it-till-you-make-it” syndrome.  We’ve seen this malformation of entrepreneurship unfold before in stories about Theranos founder Elizabeth Holmes and the fake German heiress Anna Delvey.  Both women have also had their stories depicted on major streaming platforms. However, what makes Adam Neumann’s story significant, is that he was never held accountable for his mismanagement of WeWork which resulted in layoffs of over 20% of his workforce and stock options promised to low-wage earners that were never received. Instead, Adam walked away from WeWork, a billionaire.

WeCrashed in its 8 episodes unpacks a great deal of what happens to the Neumann family. The series also introduced us to co-founder Miguel McKelvey, a “cheerleader” of sorts to Adam.  He is depicted as more of a lap dog than an actual co-founder.  Showing no autonomy over executive decisions and Adam making a series of real estate deals behind his back. Additionally, in one scene, Adam places the burden on Miguel to create a 17-page deck within 24 hours after making a lofty promise to a potential investor. We learn this is Adam’s MO, having his subordinates (including his peers in executive leadership) carry the load of the company while he enjoys the fruits of their labor.  Adam recklessly spends his 4.4 billion dollar investment from Softbank CEO Masayoshi Son (Kim Eui Sung) on private planes, another startup company that makes wave pools, and invests in WeGrow, the childhood education arm of WeWork run by his wife Rebekah.

Masayoshi Son, who is also an integral part of Adam’s story, asks the entrepreneur a simple question.  “Who wins the fight, the crazy man or the smart man?”  When Adam says, “the crazy man,” it is this response that seals the deal to their business partnership. Son, who prefers investing based on gut instinct rather than company fundamentals, is obsessed with rapid growth and expansion.  The “fomo” (fear of missing out) turns out to become his Achilles heel during his journey with WeWork.

One of the many highlights that give WeCrashed some character is also the music. From Katy Perry’s “Roar” as the theme song for Adam with all of his eccentricities to the 80’s synth-pop vibes that adds an upbeat tone to the show. One of the best scenes, shown in both the first and last episodes, is the firing of Adam Neumann weeks before WeWork was to IPO. Leto shows a side to Neumann that finally reveals a bit of truth to the god-complex facade he performed while running his company. And Hathaway does a great job of showing no emotion when the devastating news befalls her character. There is this incredible irony of Adam finally being truthful with his fall from grace and how he chooses to emote, versus Rebekah choosing to mask those emotions with a stoic blank stare as her way to convey strength under pressure. Leto and Hathaway execute this perfectly.

Another notable performance is that of O-T Fagbenle, who plays Cameron Lautner. Lautner works for Benchmark, an early investor in WeWork. His skepticism of Adam and doubts about the company are made clear from the very beginning. The antagonism between Cameron and Adam is entertaining to watch.

If you’re not familiar with the story of WeWork, the Apple TV+ series WeCrashed gives a great crash course (pun intended) into the origin story of Adam Neumann and what he did for the co-working space. The series is filled with brilliant performances by both Leto and Hathaway and a quirky soundtrack that will have you singing Katy Perry’s “Roar” long after you’ve finished watching.