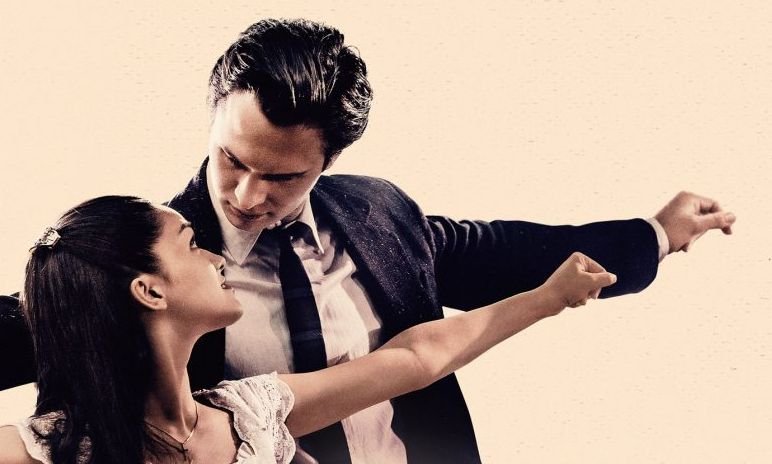 2021’s West Side Story stands the test of time with new actors, new scenes, and updated choreography while staying true to the heart of it all.

When news spread that a new West Side Story was going to be made, I, like most lovers of the iconic musical, was hesitant if not upset. Who else could portray these memorable characters? Who else could direct this musical? Well, we got our answer. Not only is West Side Story a fantastic adaptation of the 1957 stage musical, but it resonates on a new level, making it the perfect film to end 2021.

Stephen Spielberg is a household name. He’s directed many favorites in many genres. He did thrillers like Jaws, sci-fi flicks like E.T. the Extra-Terrestrial, and dramas like The Color Purple. There are shelves of movies he has directed, produced, or written in my collection. A cinematic experience is all but guaranteed when watching a Spielberg film.

His directing in West Side Story is no exception. His filming technique took the characters, dance sequences, and interpretation of the material to a higher level. The colors, the world-building, the choreography all played a part in the telling of this story. The use of zooms, close-ups, tracking shots, to name a few, are what make this a Spielberg film instead of just another copycat or rehash of the same story. Not to mention, the diversity represented on screen. Round of applause, please!

The new direction of a few of the songs was a highlight of the film. Standouts include “America” and “Cool.” With these songs and dance sequences, the audience is immersed in more of the world. They weren’t just dance numbers with poses, but they moved the story along and enhanced the audience’s view of not only the characters but the relationships they have as well.

“Cool” is one of those songs that usually doesn’t get the “favorite star” next to it. For some, the song is generally a filler during the performance. In West Side Story, the song tells a story in itself and gives it a new point of view. Point of view — that’s what makes this film so great. Spielberg gives us a film from his visually stunning point of view.

The original lyrics were written by the legendary Stephen Sondheim at the age of 24. Having been involved with this film, he sadly passed away in November before the premiere. The collaboration between Spielberg and Sondheim is perfection.

The talent is fantastic. The singing is wonderful. The dancing is amazing. Musicals should make you want to get up and dance. I left the theater wanting to sashay and pas de bourree down the streets. You can’t do West Side Story without some, if not a majority, of the original choreography by Jerome Robbins. It’s classic and iconic. There’s also praise to Peter Gennaro, who co-choreographed the original Broadway production.

For this film, Justin Peck, choreographer for the screen, and his team of associate choreographers Patricia Lucis Delgado and Craig Salstein are to be praised, along with the talent who performed the intricate and powerful performances. Ariana DeBose, as Anita, absolutely killed it in “America.”

Rachel Zegler’s feature film debut is beautiful. Her voice is operatic and angelic. She plays the role of María with poise and a little cheekiness. I love this for her. It’s no wonder she has already secured two upcoming roles in Shazam! Fury of the Gods and as Snow White in the upcoming live-action Snow White and the Seven Dwarfs. The morphing of María into a young woman who knows how to take care of herself despite the protection of her brother was fun to watch through Zegler’s performance.

West Side Story is a timeless classic that is just as relevant in 2021 as it was in 1951. Heavy themes are treated with care as we watch a love story and gang rivalry explored with song and dance. It’s always a good sign when original cast members from a film come back to do a sequel or, in this case, a new rendition. Who could play Anita other than Rita Moreno? Ariana DeBose was up for the challenge and understood the assignment.

You could tell everyone had a great time making this film in front and behind the camera. It’s no wonder the joy and sadness displayed on the screen crossed over into the audience. Tears were shed at the end, but many cheers of applause were had during and after the film.

Don’t miss out. West Side Story will be available in theaters on December 10, 2021.