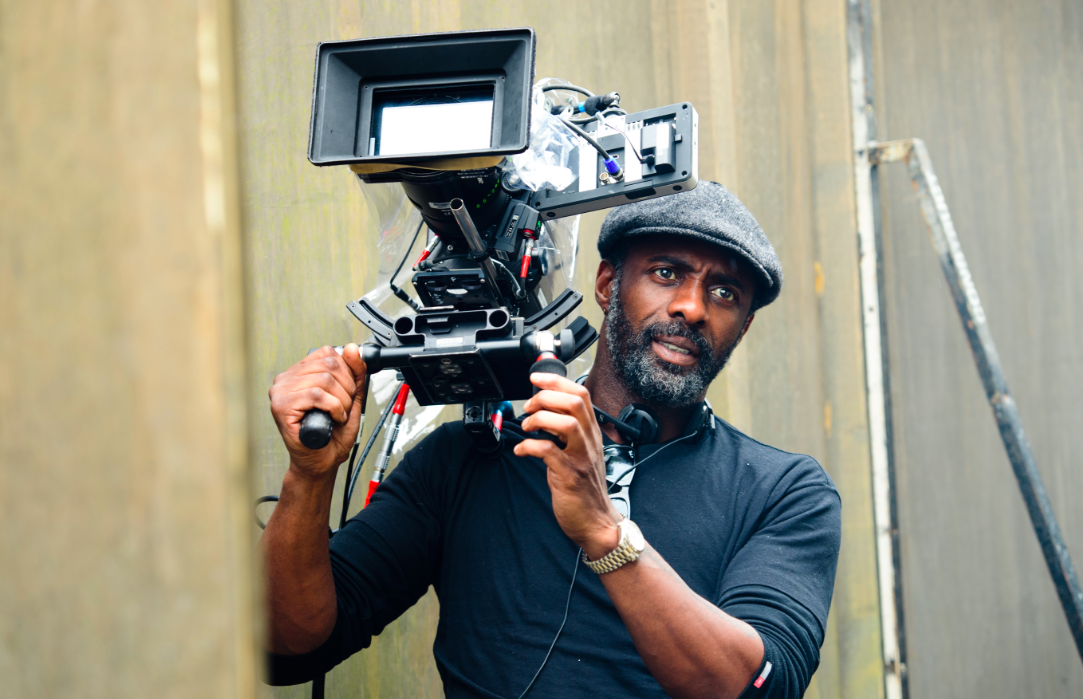 What do you get when you tell a story of a young boy who witnesses his older brother’s murder, grows up to become a drug dealer set on finding his brother’s killer? And the backdrops include Jamaica, London, drugs, gangs and a DJ’ing competition?

You get the all over the place crime drama, Yardie, a film that has pulp fiction tendencies, when it could’ve strengthened as a movie about revenge and redemption. Yardie is set in 70s Kingston, Jamaica, and 1980s Hackney (a neighborhood in London with a large Jamaican community), and centers around the worlds of a Jamaican narcotics syndicate, and the music industry.

Yardie is based on Jamaica-born British author, Victor Headley’s 1992 novel of the same name and is the first of a three-book series. Headley also co-wrote the film’s screenplay with Brock Norman Brock and Martin Stellman.

This is also the directorial debut of actor, Idris Elba (The Wire, Luther), and he is an executive producer. Yardie was featured in the 2019 Caribbean Film Festival at the Brooklyn Academy of Music. It was also the official selection at the 2018 Sundance Film Festival and the Berlin International Film Festival. 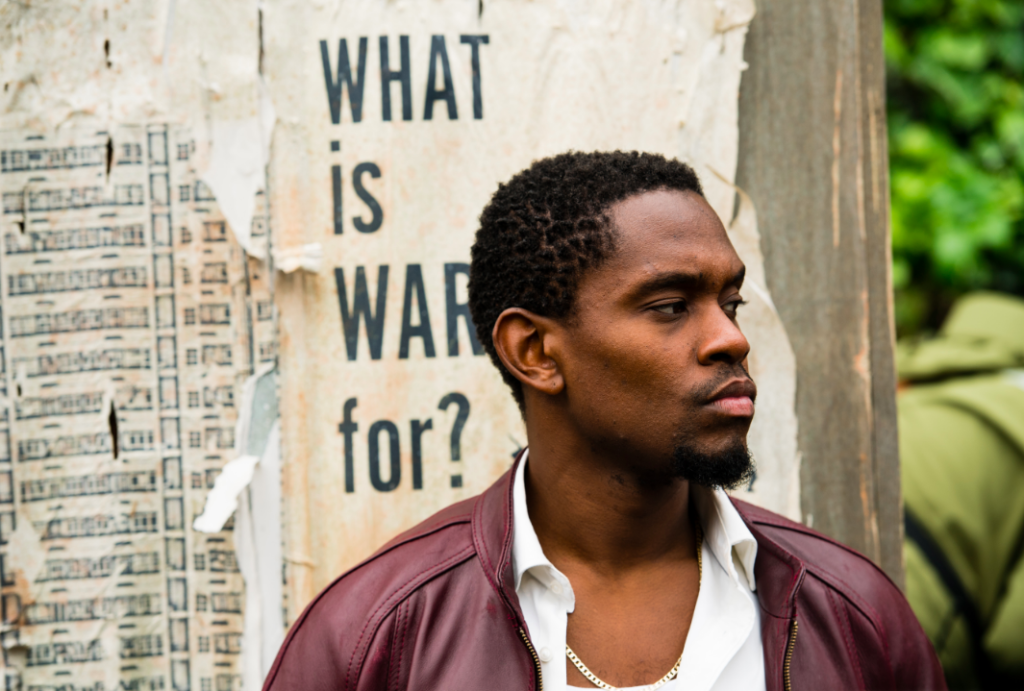 Yardie’s storyline centers around Dennis Campbell, known throughout the film as, “D.” The movie opens in a Kingston village, with Piper, the village elder — who does not look like a senior citizen — asks a young “D,” which road in life will he choose based on murals decorating the walls of two huts. One wall shows a man atop a lion depicting leadership, peace, and, unity in the village. The other wall shows what looks to be a description of Kingston’s underground side, filled with drugs, gangs, violence, and death. An adult “D,” played by Aml Ameen (The Maze Runner), serves as the narrator of his life and we soon see the choice he’s made.

With English subtitles, due to the actors’ strong accents, the adult “D” talks about a 1973 gang war for control over parts of West Kingston. The gangs are, Spicer Boys, led by King Fox (Sheldon Shepherd) and Tappa, led by a guy known as Skeets (Rayon McLean). A young girl is killed during a shootout between the two gangs, angering a well-known DJ named Jerry Dread (Everaldo Creary). Jerry is also “D’s” older brother. Jerry is a self-proclaimed peacemaker and attempts a truce between the Spicer Boys and Tappa by throwing a dance party in the middle of gang turfs, using his mobile DJ service to provide music. This leads to Jerry’s tragic fate and stirs rage and vengeance in D’s soul. Throughout the film, D is haunted by his brother’s murder figuratively and literally.

Fast forward six years, and, we see an older D, now working for King Fox, who owns a successful recording studio. The studio’s success is based on radio stations giving Fox’s recording artists a lot of airplay. If the station managers don’t like the music, they get a visit from D. The studio is also a front for Fox’s drug cartel. D also has a daughter with an ex-girlfriend, Yvonne (Shantol Jackson), the latter cares for their child in London. Another fast forward, this time to 1983, takes us to a deal run that goes sour because of D’s temper. Fox gives D a kilo of cocaine, and an illegal passport, and sends D to London’s Hackney neighborhood to deliver a package to a dealer name Rico (Stephen Graham) who also runs a DJ service and studio. This delivery leads to D extending his stay in London, not just because of a reunion with his ex and daughter, but opportunities that he cannot resist. And his brother’s murder continues to run his soul and way of thinking. 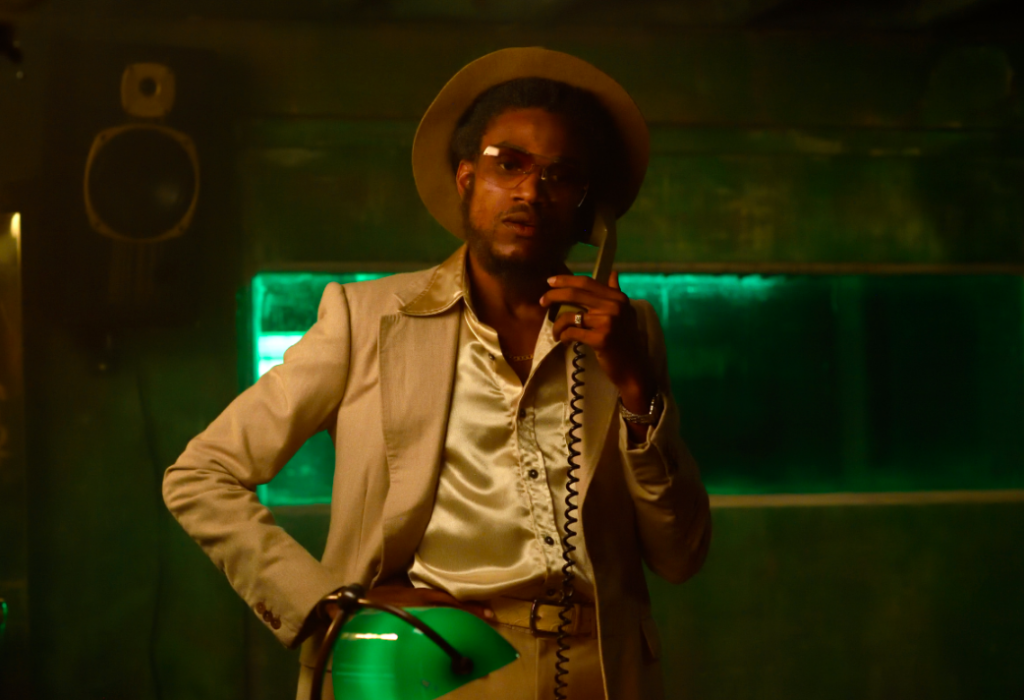 I am being limited to revealing anything else to keep from telling the entire movie, but you can imagine the scenario. Drugs and violence with a bumping soundtrack. Yardie is not Pulp Fiction and it borderlines on blaxploitation. Yardie starts strong and has more than one story, but it is not put together where it easily flows. I wanted to know more about the relationship between D and his ex-girlfriend, Yvonne, who is introduced as a young girl early in the film. I wanted to know about the elder, Piper, and how he came to be the one looking after D, and Jerry before the murder. There were a couple of attempts at some humor with a couple of bumbling henchmen named Beenie and Tyrone, but it did nothing for me.

If anything, one of the themes in Yardie, was the music. In the early part of the film, music represents peace and joy. Jerry Dread attempts with his DJ party, simulated the old saying, music soothes the savage beast, but it failed Jerry. Music is then used as a ploy to gain fortune and deliver messages of violence when things don’t go King Fox, then D’s way. 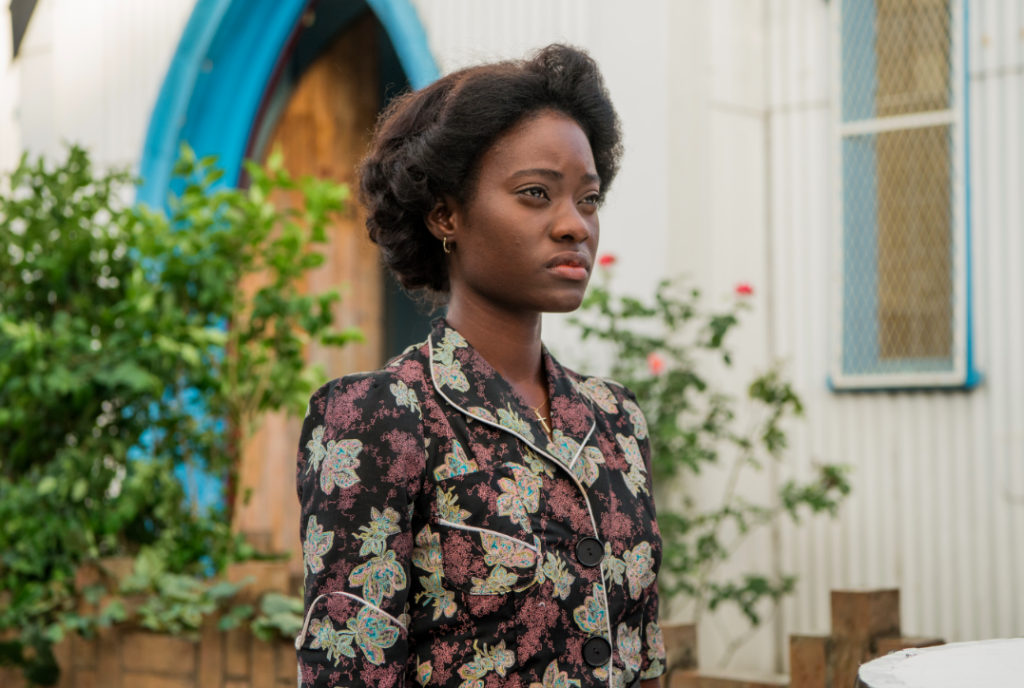 Music is finally used for competitive reasons and a brutal and revealing ending.

We know usually the book is better than the movie. However, I have not read Headley’s novel. In fact, this is my first time ever hearing of the author, but he has a cult following of readers. https://unitedreggae.com/articles/n92/122107/yardie-by-victor-headley

Maybe there will be film adaptations of Headley’s remaining books in the series, Excess, and Yush. I will have to catch up on my reading before then. From reading various pieces about the novel Yardie, D lives up to his decision to go to the bad choice in his life. Not saying that he doesn’t in the film adaptation.

But on film, D is no Stringer Bell.

Yardie, released by Rialto Pictures, will be in theaters, March 15.