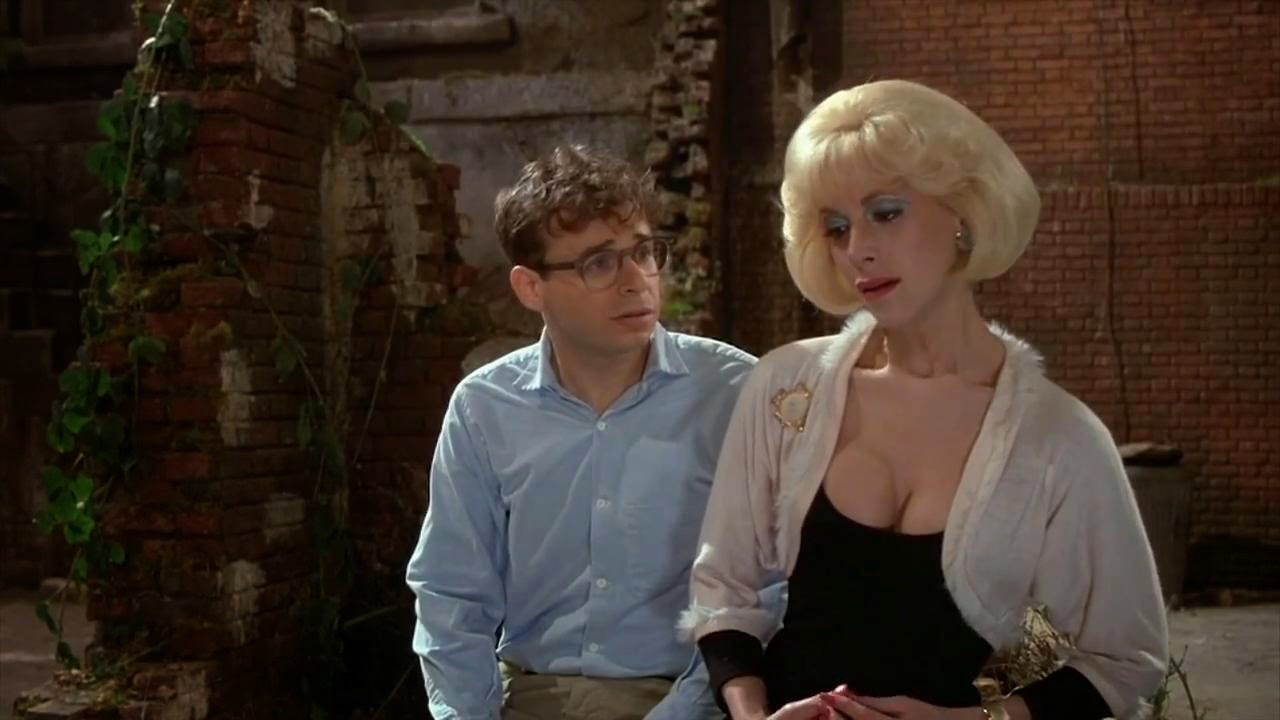 So, is it a musical comedy or a reflective journey of self-discovery? You decide.

Little Shop of Horrors has always been one of those films that screams, “I made this movie in two days,” with its overly dramatic acting, cheesy set design, and seemingly outlandish plot. At the time of its release back in December of 1986, the production saw poor numbers, pulling in a mere $39M at the box office after being allotted a $25M budget. It’s quite possible that the audience just couldn’t connect to what they perceived to be a dark musical.

However, Little Shop of Horrors is no ordinary film. The production tackles domestic violence, homelessness, and greed and questions how far one would go to achieve fame and wealth. I don’t know about you, but I stan any movie that can take on this many social awareness topics while Pam (Tichina Arnold) and Gina (Tisha Campbell) bop us into the next scene.

On the surface, Little Shop of Horrors is a movie about Audrey II (a human-eating plant from outer space), an unlikely hero in the form of Seymour Krelborn (Rick Moranis), a helpless shell of a woman by the name of Audrey (Ellen Greene), a sadistic dentist named Orin Scrivello (Steve Martin), and a money-hungry flower shop owner Mr. Mushnik (Vincent Gardenia).

Seymour grew up a poor orphan who no one noticed. He is eventually taken in by Mr. Mushnik and given a job at his flower shop in the downtown Los Angeles’ Skid Row. Seymour’s co-worker, Audrey, is a timid and flamboyantly dressed woman who secretly harbors a reciprocated crush on Seymour while in a relationship with the heartless Dr. Scrivello. One day, Krelborn buys an unusual plant from a nearby merchant and decides to nurture it in order to maintain his newfound popularity, but soon finds out that it requires more than plant food, water, and sunshine. This strange organism feeds on human blood. Naturally, Seymour feeds the evil boyfriend to the plant and allows it to eat his jerk of a boss right before destroying it and riding off into the sunset with his crush. Don’t get me wrong, that premise is wildly entertaining, but it’s not all there is to the story.

When we actually take the time to dive into the characters themselves, we find that Seymour possesses an unhealthy fixation with achieving a level of wealth and fame that will ensure no one ever overlooks him again. He is small in stature and often a victim of bullying by his boss and others alike, but soon finds himself presented with a possible way out: feeding Audrey II means the lives of others matter less than his desire to be seen and wanted. Much like some of us who would do anything for a like on Instagram, justifying even the harshest of actions, Seymour began to believe that what he was doing wasn’t so bad. After all, the finely oiled machine needs blood, and we have more than enough.

As we move on to the woman who inspired the name of the plant, Audrey, we are immediately introduced to the black eye she has received the night before from Dr. Scrivello, thus defining our character as a domestic abuse survivor. Throughout the film, she expresses that her loneliness is why she stays and allows this predator to act out his sick and twisted fantasies, although they often leave her broken and bruised.

Unfortunately, it isn’t uncommon to come across people who choose to place themselves in toxic and embarrassing situations in the hopes that the person they are trying to impress sees them or maybe even sends a friend request. The need to feel loved by others, as counterfeit as those feelings may be, is an all-consuming emotion that walks a fine line. If Audrey had known she was enough, or at least made the decision to slide into Seymour’s DMs, she would have felt more in control of her life and gone after the happiness she deserved. How many of us are chasing the wrong attention?

Little Shop of Horrors is shot on a set designed to resemble Skid Row, a part of Los Angeles known for its overgrown homeless population. In fact, it houses one of the largest stable homeless populations in the entire United States. On any given day, a drive down Skid Row will reveal entire families living in tents and freeway underpasses on the street. People of all backgrounds can be found settled in this location and set up in communities, while living everyday life without access to proper food, shelter, and medical care. Little Shop of Horrors sheds light on these devastating circumstances, and the endless grind others face just to make a meaningless existence during the film’s musical number, “Skid Row (Downtown).”

If there is one thing we have learned from looking back at Little Shop of Horrors, it’s that the movie definitely brings so much more to the table than initially imagined.

Cult classics are appreciated by a smaller audience because they often represent an underrepresented group, and contain a message that typically is not recognized by the masses. Either way, we are thankful that these projects exist as they challenge our current way of life, expose the truth, and force us to take a good long look in the mirror and decide whether the beast we have become so accustomed to feeding is really ourselves.

‘The Neighborhood’s’ Tichina Arnold On Her New Movie, Menopause and Kobe Bryant