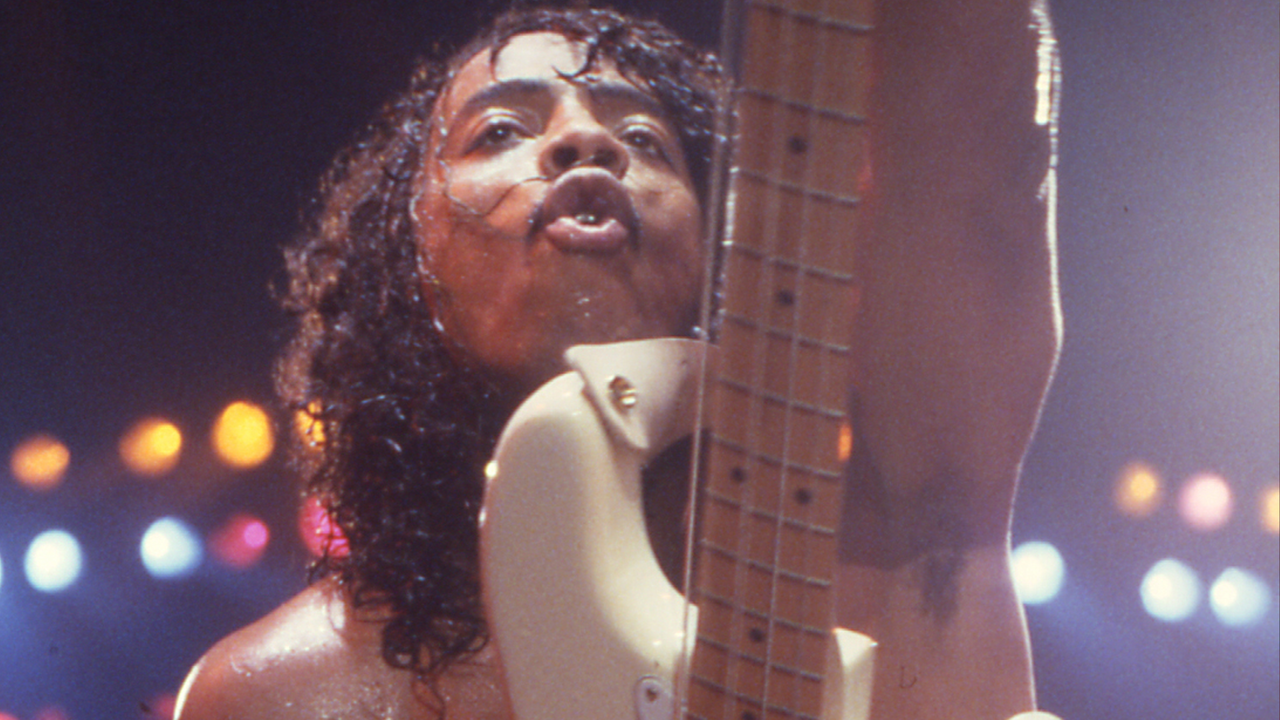 The music of the 1980s and 1990s is the soundtrack to some of the best years of many of our lives. Incidentally, you can’t reminisce about those days without a nod to one of the most iconic artists of that time: the one and only Rick James. How many of us shook our hind parts to hits like “Super Freak,” “Give It to Me, Baby,” and “Mary Jane,” before we even understood what any of his lyrics meant. I was an adult before I learned that “Mary Jane” was about an illegal substance. As an aspiring singer, I would belt out the lyrics of “Fire and Desire” into the head of my brush before I’d even experienced puppy love. Rick James’s intensity was contagious, and whether you understood the meaning of his lyrics or not, his music made you move. It still does.

Now, we all have the opportunity to learn more about James in the new documentary, Bitchin’: The Sound and Fury of Rick James. This story takes us on a journey from James’s beginnings to his untimely death, with the help of his daughter, Ty James. His story gives us a small glimpse into who he really was. Though his success was wrought with trouble, he was far more than a larger-than-life sex-crazed super musician. He was more than a famous one-liner from a comedic sketch on the Dave Chappelle Show. He was, as the dearly departed Charlie Murphy described him, “a habitual line-stepper.” However, this documentary reveals that line-stepping wasn’t only about being infamous; it was about challenging the status quo. Forget what you thought you knew of the star and prepare to be intrigued by his humanity.

How long did you work on putting this documentary together?

I would say it was about a two-year process from start to finish. A lot of thought and effort went into it because we wanted to touch places and make sure that everything felt very genuine and organic. We made sure we went to Buffalo and certain places in LA so we could make sure we had the feel of his life.

Why did you decide to tell his story, and why now?

I’ll answer the second part first. I’m a firm believer in God, and everything is God’s time. I’ve been approached with numerous opportunities, and nothing ever felt right. Sacha and Steve, and these guys at Mass Appeal, they’re really, really awesome. I just knew that we would get what we needed just because Sacha is so particular about his subject matter. He really tries to bring out the best part of that person, and I really liked that about him. So my dad, with all his not so good situations and things that took place in his life, I definitely don’t feel like they overshadow all the good that he gave and what he stood for. As for the, “Why?” It’s just the simple fact that it’s something that needed to be told. All people know is the bad boy and the sex, drugs, and rock and roll. He was so much more of a man than that.

Was he able to participate in creating the documentary before his passing?

He penned his life story in prison, so we do have two autobiographies out. When he was incarcerated he had a chance to write about his life and one of the books he wrote himself, so that definitely is the blueprint. It feels so natural because he’s able to narrate a lot of the story from the tapes and everything that we have.

I would say the hardest part was just a lot of the dark moments that are hard. Still, to this day, they’re emotional to go through. Obviously, his passing was difficult. My dad was sick. He had a couple of bouts with his health, but it still was out of the blue. So just reliving some of those moments, it’s still kind of painful.

I would say the best parts are reliving those happy moments and knowing that there’s a light at the end of the tunnel. The whole world will now be aware of his struggle and his determination to succeed. As many times as he was told no, he just kept getting up and fighting. That always makes me proud. I try to live by those standards too.

Your daughters share their favorite songs by their grandfather in the documentary. What is your favorite Rick James song?

That’s gonna have to be “Dance Wit’ Me.” I actually recreated that record. I’ll probably drop it around the same time as the release of the documentary just to throw it out there. It’s a great record. It’s a great song. Most of his music is just so upbeat and high-spirited. That’s why it’s so relatable universally. You play his music in China, they know the words if not the melodies. It’s the same in London or Australia. It’s music that you can feel, and unfortunately, we’ve gotten really, really far away from that, so I’m hoping to get back to that too.

What is it that you want people to take away from the documentary?

Not to judge the man solely on his actions, but maybe look at the big picture. Also, the fact that he’s a genius. He paved the way for a lot of people, a lot of artists. He made it okay for you to just be yourself and believe in yourself, and to never give up the fight.

Watch the trailer for Bitchin’: The Sound and Fury of Rick James here and decide if this is a life worth exploring for yourself. Premiering September 3 on SHOWTIME.