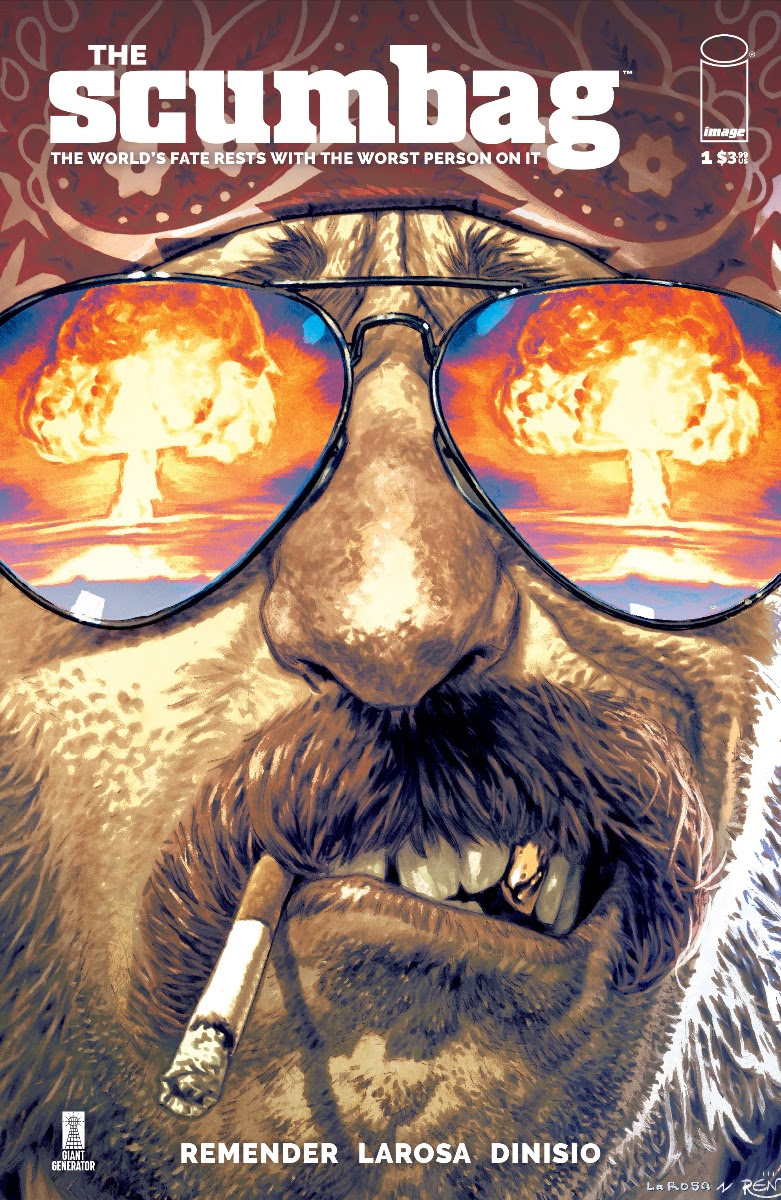 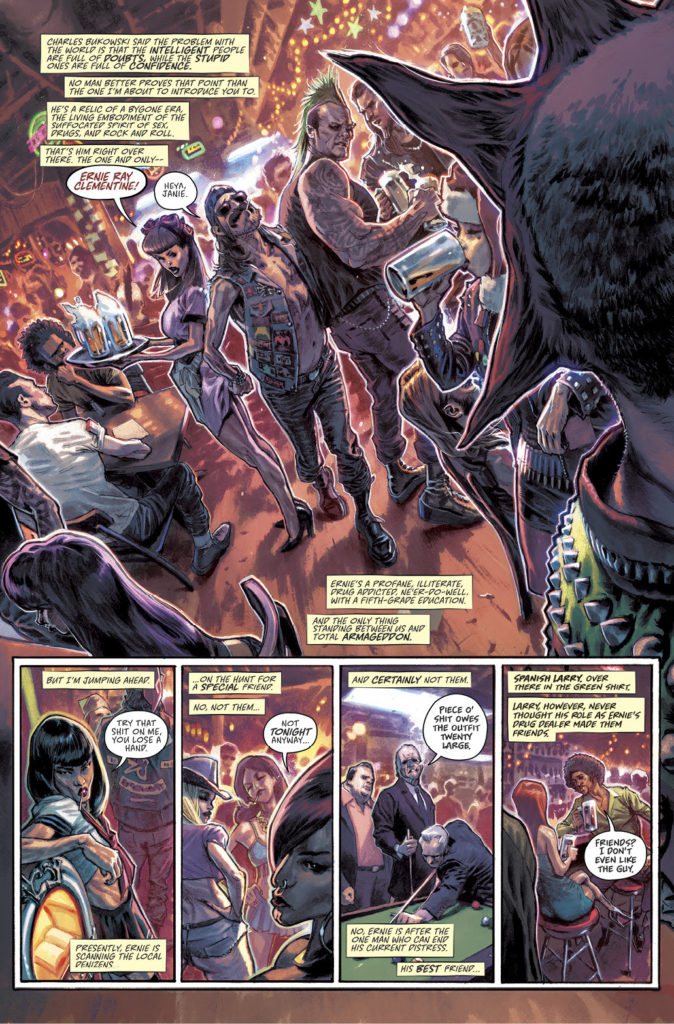 The Scumbag is the story of Ernie Ray Clementine, a profane, illiterate, drug addicted, biker, with a fifth-grade education and the only thing standing between us and total Armageddon because this dummy accidentally received a power-imbuing serum making him the world’s most powerful super spy.

Ernie is a relic of a bygone era, the living embodiment of sex, drugs, and rock and roll—so, this doesn’t make things easy for the spy organization that needs his help as they bribe, cajole, and manipulate Ernie to choose between his own self-interests and doing what’s right. 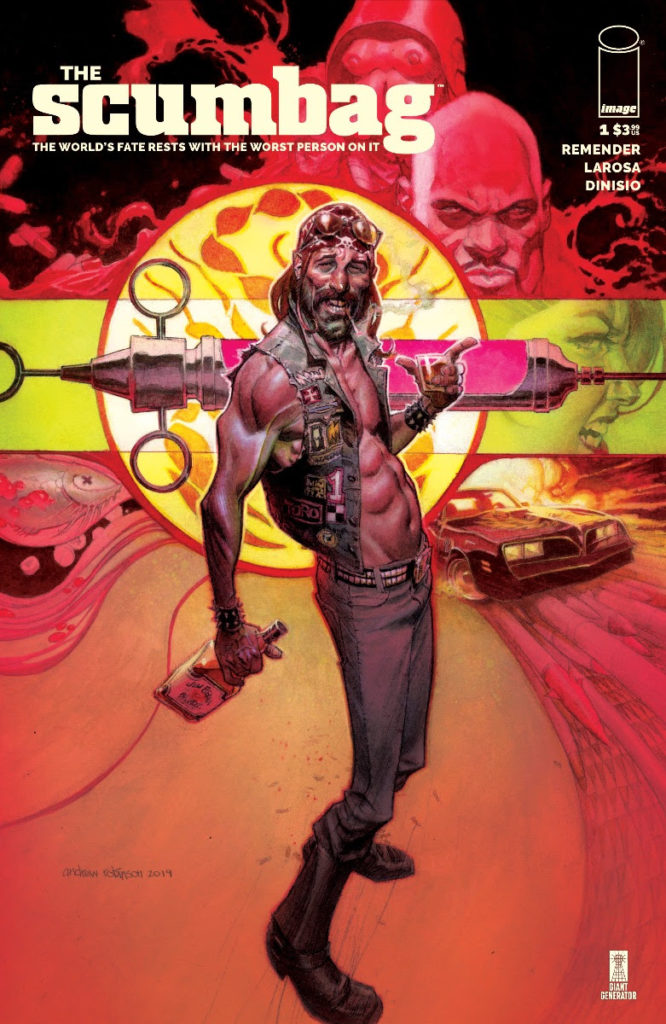 The Scumbag #1 will be available at comic book shops on Wednesday, October 21st.

The Scumbag #1 will also be available for purchase across many digital platforms, including Amazon Kindle, Apple Books, comiXology, and Google Play.