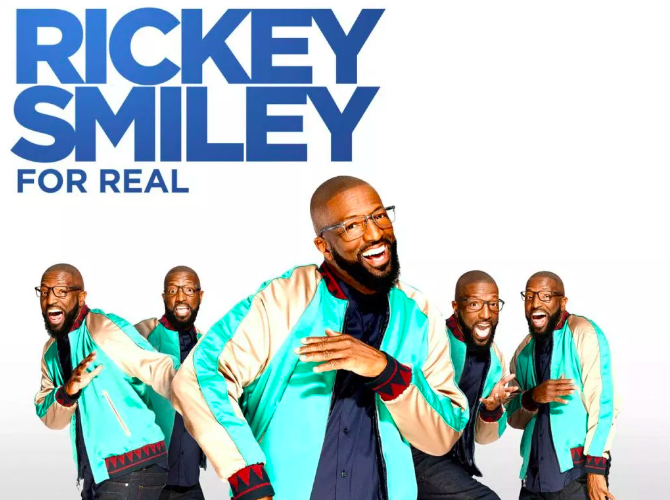 I grew up listening to Rickey Smiley with my mom, but never knew that he had his own television show before this past weekend. I went into this premiere with an open mind, not really knowing anything about what was going to happen.

As the episode started I was worried I would not be able to follow the history of Rickey, his family, and friends from past seasons. However, I could easily digest and understand thanks to Rickey’s neighbor Ms. Janie stopping by. Her chat with him in the first few minutes caught me up with the basics of last season. This exposition helped me quickly get into the groove of the show.

In the season 5 premiere, Rickey Smiley is getting ready to enjoy life on his own as all his kids are grown and have moved out, however, plans quickly change when his cousin Summer and her four teens move in with him. I admire his dedication to family and willingness to help his cousin out after her stroke. It is hilarious to see him lay down the house rules for this new set of kids as they prepare to settle into this new situation. Combined with the drama going on with his children — and a serious health issue facing Gary with da Tea makes for a dynamic start to season 5 of TV One’s Rickey Smiley For Real.

Rickey’s daughter D’Essence and his son Brandon both recap their issues with alcohol abuse from the past. Brandon spends some time in rehab for alcoholism and D’Essence rethinks her life path after getting arrested for a DUI. We see her meet with family and friends to talk about her regrets and hopes for the future. Smiley being such a positive person, I was a bit shocked to hear his children were going through these traumatic circumstances. It just reinforces the lesson that not everyone is flawless and that people deserve a second chance to turn their lives around. 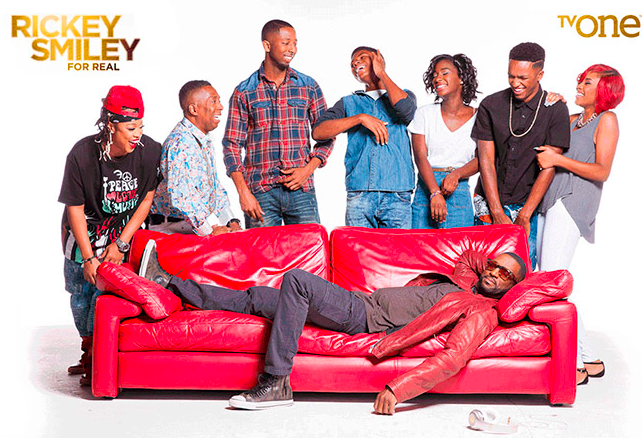 Rickey’s family is not the only one with the big news. “Rickey Smiley In The Morning” co-host Gary with da Tea reveals he is going through his own health issues. He shook the whole crew when he announced on the radio show that he was battling colon cancer. Prompting a lot of support from his friends inspiring Rickey to check-in himself. Later that night Gary informed everyone that he is currently cancer free and continuing to maintain his good health.

No Emotional Whiplash for this Reality TV Fan

Juicy is yet another reality TV veteran who refers to herself as “Ms.Juicy Baby”. I knew of her being on her own show Little Women: Atlanta on the Lifetime network. Having to hear about Gary’s health struggles over the radio cut Juicy deep. She held nothing back when telling him how hurt she was not to be a confidant in his time of need.

Famed 90s rapper Da Brat prepares to hold a “Queen of the Ring” battle in Atlanta with Babs Bunny. This leads her to meet with Jermaine Dupri and Bow Wow.  Her biggest battle with this project will be to let the artist be raw and real. The language cannot be too out of line. Watching her figure out how to balance the intricacies of this event gives me a whole new perspective for the world of professional MCs. This show’s ability to balance serious problems with lighthearted events is done well. I did not get the usual emotional whiplash, like I normally do with reality TV drama.

For someone who is familiar with Rickey Smiley, but has not watched the series in its entirety; it is easy to see why Rickey Smiley For Real is back for another season. The show manages to balance great humor with serious issues, all while being relatable and keeping it real. The premiere gets a 4 out of 5 with this Black Girl Nerd. Excellent cinematography, entertaining, and full of energy is the best way to describe this show.

You can catch Rickey Smiley for Real on TV One Tuesdays starting October 30th at 8 p.m./7C. Stay connected by using the hashtags #RickeySmileyForReal and #Represent or heading over to @TVOneTV on Twitter, Instagram, and Facebook.

If you can not get enough of Rickey’s hilarious hijinx watch TV One’s new digital series called Cooking Up Comedy following each episode at 9p.m./8C on Facebook and TVOne.tv/CookingUpComedy. The fun continues as Ricky prepares his favorite mouth-watering recipes in these delicious after-show episodes.