0 Shares
0
0
Tweet
Pin
Share
Reddit
Share
Share9
Email
9 Shares
Nickelodeon treated fans to an exclusive sneak peek of the upcoming TV special Rocko’s Modern Life: Static Cling, based on the classic ‘90s hit series Rocko’s Modern Life, during a panel at San Diego Comic-Con 2017 on Thursday, July 20. Moderated by Marc Snetiker (Entertainment Weekly), the panel reunited the original series’ voice actors Carlos Alazraqui (Rocko), Tom Kenny (Heffer), Doug Lawrence (Filbert), and Charlie Adler (Mr. Big Head and Mrs. Big Head), and featured series creator Joe Murray and Rocko’s Modern Life: Static Cling director Cosmo Segurson.
The panelists discussed the beloved classic series, what to expect from the upcoming TV special, and revealed exclusive new art and a behind-the-scenes look at the special.
Rocko’s Modern Life: Static Cling brings the characters back to Earth after being lost in outer space since 1996. Rocko has trouble accepting this 21st-century modern life, while Heffer and Filburt embrace every aspect of new technology, social media, and the endless diversity of food trucks. Rocko wholeheartedly believes that his nostalgia for the past can save him from the tortures of the modern world. The TV special is slated to premiere on Nickelodeon in 2018. 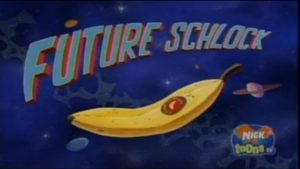 As previously announced, additional voice actors reprising their roles include Linda Wallem (Nurse Jackie, executive producer) as Aunt Gretchen and Dr. Hutchinson, along with Jill Talley (SpongeBob SquarePants) as Nosey and Joe Murray as Ralph. New cast members include Steve Little (Adventure Time) as Cowboy and Segurson as Pillow Salesman.
Originally airing from 1993-1996, the animated series Rocko’s Modern Life follows the adventures of an Australian wallaby named Rocko and his two companions, Heffer and Filburt, through their adventures in their home of O-Town.
With 90’s reboots taking over TV/Film, let’s pose a question to the BGN Audience: should we do a live tweet of the special? Tweet us, comment on Facebook, or sound off in the comments below!
ALSO READ
Imani Pullum: A Fresh and Powerful New Face