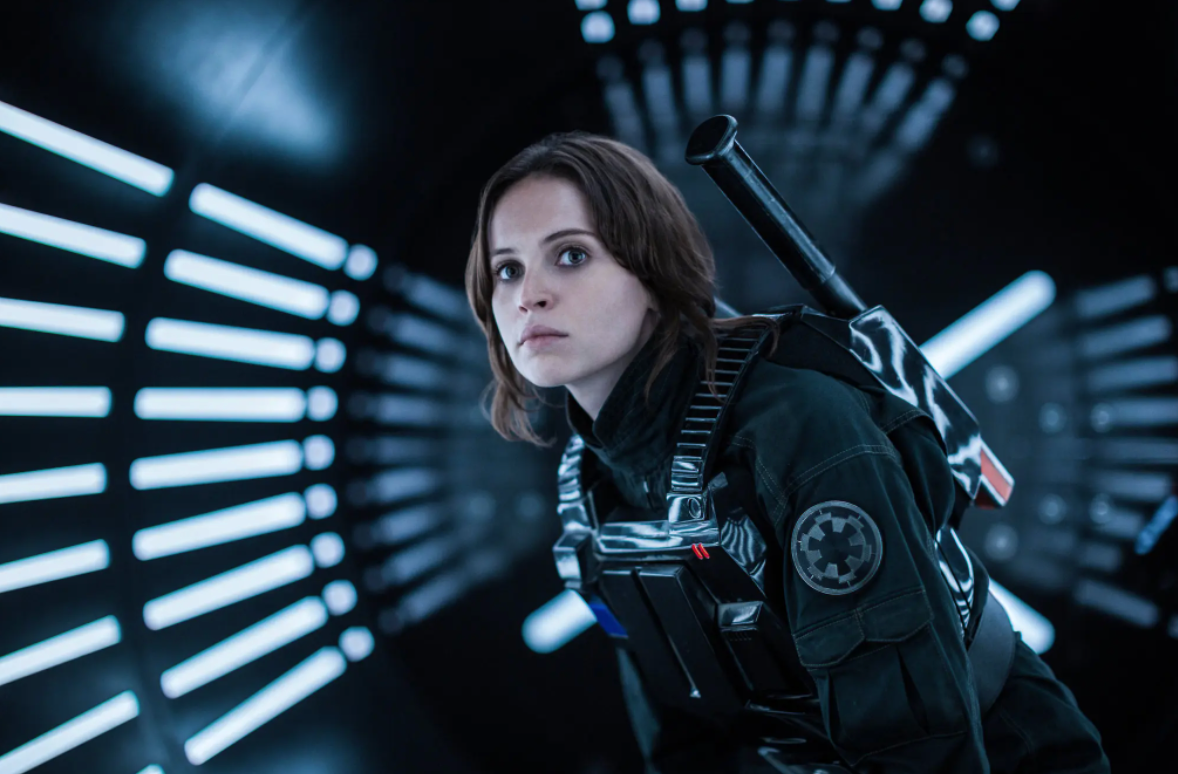 Rogue One: A Star Wars Story has laid the groundwork for a bright and beautiful future. A future where Disney can drop in at any moment in the canon and produce a single shot so unique and yet so beholden to the mythology that it teeters on perfect. My gripes with this film are small and nit-picky. They can only attribute it to a deep love of the Star Wars universe.

My concerns are as follows:

One: Jyn Erso is another spunky, overly protected teen,who just so happens to be white. Yes, she’s a girl. Yes, Felicity Jones is perfectly fine in the role. Yes, this is a large universe with hundreds and quite possibly, thousands of species, but why step away from the formula?

Two: The only string of the Lucas-owned legacy the new regime won’t let go of is the idea that the Star Wars franchise is for kids. These are war films set in space. Kids can enjoy them, and the ratings should remain PG to PG13. Terrible CGI monsters are not the way to go. Unfortunately, Forest Whitaker takes a bullet for the team in his Immortan Joe mech suit. I’m purely being metaphorical here, of course, but in my opinion, it was a real waste of actual talent. The rest of the film is a delectable delight.

Here’s a bit of a spoiler, and I have to bring this up because I can’t resist talking about it. Skip ahead if you must. Ok, fans here’s a first: There’s no scroll at the beginning of this film. The nostalgia-worthy trumpets and bright, bold letters have been laid to rest. Instead, there is an interlude: Erso’s compact heart-wrenching package.

There was a palpable feeling of hesitation in the theater. Would the story just brisk right into the plot without first giving us a history lesson? Just the words, A long time ago in a galaxy far, far away. It worked like gangbusters. It set the tone immediately. This story isn’t like any Star Wars movie you’ve ever seen. To some extent, they were correct.

Rogue One is by far and away from the most beautiful Star Wars movie ever. The single shots are like portraits perfectly lit. There are strong touches to Douglas Slocombe, the Director of Photography on Indiana Jones and the Temple of Doom. The fight scenes are just as breathtaking as the naval battles, as the intimate, quiet scenes. The stunning Greig Fraser (Zero Dark Thirty, Killing Them Softly, Foxcatcher) has outdone himself; and the impeccable Donnie Yen as Chirrut Îmwe brings martial arts to the Star Wars Universe and nerd paradise reigns. His staff is a crazy cool weapon that can be lethal or nonlethal at will. I honestly wished he was the central character of the film.

When combined with his sidekick/bodyguard/best friend Baze Malbus, played by Wen Jiang, a bromance forms. If Îmwe walks softly and carries a big stick, Malbus Stomps the yard and stays strapped. His gun is a mixture between a bazooka and the cow brain scrambler from No Country for Old Men.

Michael Giacchino (Ratatouille, Up, Super 8), the film’s composer, set himself up with a nearly impossible task. He has the distinction of being the first composer for a Star Wars film who wasn’t named John Williams. Williams’ bold brass and full drums are as iconic as the lightsaber and as memorable as Vader’s five infamous words.

Giacchino didn’t meet his successor blow for blow. He changed the game entirely. Opting for more of a bright majestic sound. It struck in me a sense of awe. In the age of Member Berries, this score established a mood of nostalgia and discovery.

The best discovery of Rogue One is K-2SO, played masterfully by Alan Tudyk. K-2SO is a former Imperial droid who has been reprogrammed and now works with the Alliance. As a result of this programming, he says whatever he is thinking. He is the perfect hybrid of R2-D2 and 3-CP0. Quick-witted, angsty, and opinionated he is the puppy of the film. He is loyal to his keeper, Cassian Andor.

This loyalty is what brings the film together. At the end of the day, Rogue One is about a small battalion trying to achieve the impossible. Director, Garth Edwards, in a feat many said, was impossible, surpasses all expectations. Great credit should also be given to the four writers Chris Weitz (Antz, The Nutty Professor II: The Klumps), Tony Gilroy (The Bourne Trilogy), John Knoll (VFX: Star Wars: A New Hope & Avatar), and Gary Whitta (The Book of Eli & Walking Dead: The Game).

Rogue One is a new type of Star Wars film. It should leave fans incredibly excited for the future. Great battle scenes, heartfelt characters, and the knowledge that there can only ever be one make this a real gem amongst stones that have, at times, struggled to shine. These one-offs should be where fans can witness big-screen versions of their favorite points in the mythos, the secret lives of padawans lost, and a woman or person of color behind the camera.