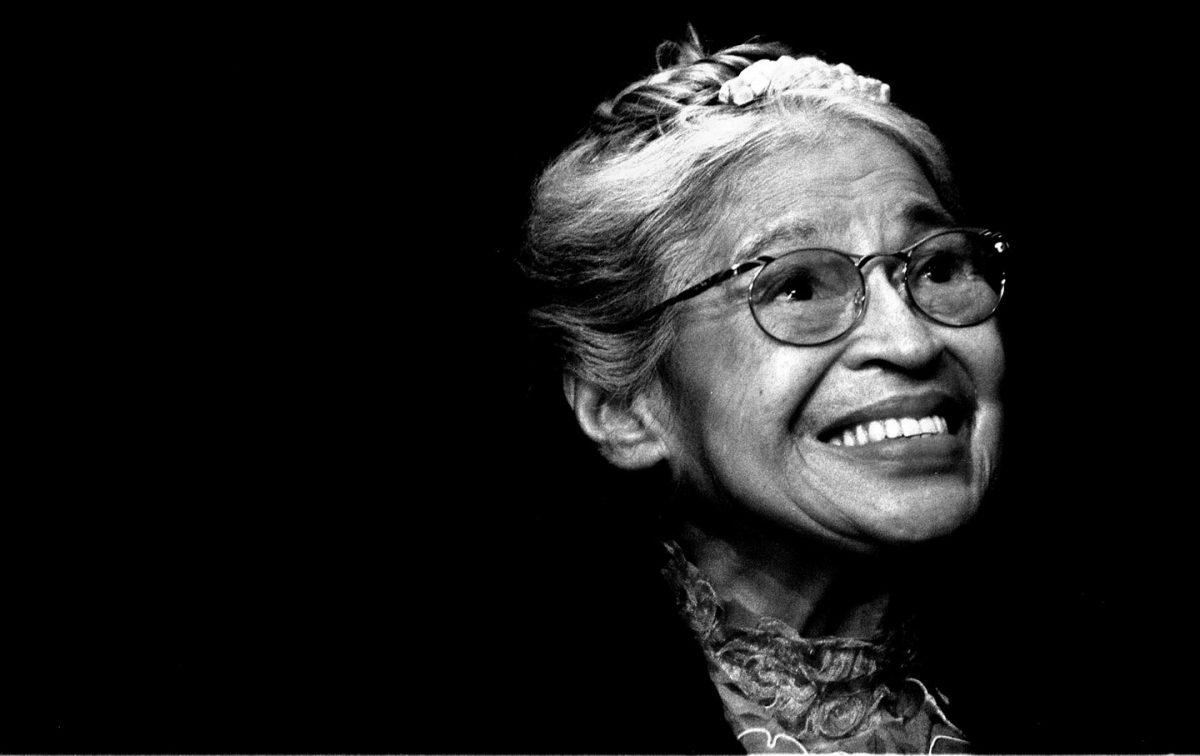 We often think of Rosa Parks as a soft-spoken seamstress that just happened to do a thing in December 1955 that would lead to a nationwide movement and change the course of history. However, she is an example of how courage sometimes moves in silence; radical courage can often flow behind the scenes.

December 1 is Rosa Parks Day honoring the Civil Rights leader for her contributions. On December 1, 1955, Parks boarded a bus in Montgomery, Alabama after a long day of work. When the bus driver told her to move, to give up her seat to a white man, she simply said no. She was arrested that day, found guilty by the courts, and fined $10 plus a court fee. What followed was the spark that led to desegregation in the Jim Crow South during the 1950s.

Rosa Parks was not a single event. She was not an accidental activist. After all, it’s easy to recall an event, celebrate, and normalize it. She was so much more than that. She was fearless in her actions and was not detoured — her life was full and rich with activism and service.

Parks was not the first to be detained for refusing to give up their seat. Eight months earlier, Claudette Colvin, a 15-year-old teenager, refused to give up her seat and was arrested. Black activists met with her to determine if she could be the face of their movement. As secretary of the local N.A.A.C.P., Parks attended the meeting — but it was decided that a more upstanding candidate was necessary.

Later, a young woman named Mary Louise Smith was arrested; N.A.A.C.P. leaders rejected her too. For them, Rosa Parks was the perfect representation: married, employed, religious, and attractive. She carried herself respectfully and could handle the media when necessary.

Mug shot No. 7053 is one of the most iconic images of Rosa Parks. But the photo, often seen in museums and textbooks and even on T-shirts, is actually not the mug shot taken at the time of her arrest on December 1, 1955. It is, in fact, the mugshot taken when she was arrested in February 1956 after she and nearly 100 other boycott leaders were indicted by the city. This photo further reveals that we really didn’t know Rosa Parks as well as we thought. It also shows how information gets lost and misconstrued.

The Rebellious Life of Mrs. Rosa Parks is a documentary film available on Peacock, which focuses on the untold parts of Rosa Parks’ life; her life beyond the boycott. It sheds light on her life story and reveals the intent behind her activism, her radical politics, and the true extent of her courage. The film has exclusive audio from Parks herself and paints a different picture of the person we have always thought her to be.

Parks was part of a militant group of Blacks in 1968 and refused to endorse any presidential candidate. She spoke at the Solidarity Day rally of the Poor People’s movement, attended the 1968 Black Power conference in Philadelphia, and the 1972 Black Political Convention. Parks began wearing African-inspired clothing, turned out for numerous Black history lectures, and promoted after-school programs teaching Black history and culture. She actively worked for Black candidates in the city and across the country and took part in a variety of groups and mobilizations challenging the United States’ involvement in Vietnam.

Also revealed in the film, Parks was a believer in self-defense. Malcolm X was her personal hero. Her family kept a gun in the house, including during the boycott, because of the daily fear of white violence. As a child, when pushed by a white boy, she pushed back. His mother threatened to kill her, but Parks stood her ground.

Another time, she held a brick up to a white bully, daring him to follow through on his threat to hit her. He went away. When the Klu Klux Klan went on rampages through her childhood town of Pine Level, Ala., her grandfather would sit on the porch all night with his rifle. Parks would be right by his side.

Rosa Parks is the first woman in American history to lie in state at the Capitol, an honor typically reserved for Presidents of the United States. Parks spent a large part of her life fighting racism, as well as putting her faith in the next generation to continue carrying the torch. There are many false and overlooked narratives about her life. However, through countless challenges and hardships, she faced throughout her life, her legacy continues on in our ongoing fight towards justice and equality.