Rose Simmons is the daughter of Daniel Simmons, Sr., the second victim to be shot in the Charleston church massacre that claimed 9 precious lives.

The new documentary film Emanuel, executive produced by Emmy-award winning actor Viola Davis and NBA rockstar Stephen Curry — is a gut-wrenching account of the events that happened that tragic day, along with the reflection from family and friends of the victims taken away too soon. Today, June 17th marks the 4-year anniversary of the mass shooting a the Emanuel African Methodist Episcopal Church in Charleston, SC. A white supremacist by the name of Dylan Roof, shortly after entering the church, opened fire killing 9 people and injuring 1. He was welcomed with open arms immediately after he entered the church, while many of the parishioners assumed he was there to also listen and hear the Word of God.

Sadly his presence in the church took a turn for the worst and his racist vitriol and reason for why he did it, paints a gruesome picture of one of the worst hate crimes of that year. Daniel Simmons Sr., was a retired pastor of several Charleston churches. A parishioner at the Greater Zion AME Church in Awendaw, where Simmons served as pastor from 2004-2009. He will forever be remembered as a talented teacher and a compassionate leader.

In an exclusive interview with BGN via email, Rose chats with us about how we should remember this tragedy, erasing the hate and how forgiveness for her, was never about Dylan Roof. Premiering in theaters for a limited time only, today and June 19th is the documentary, Emanuel. 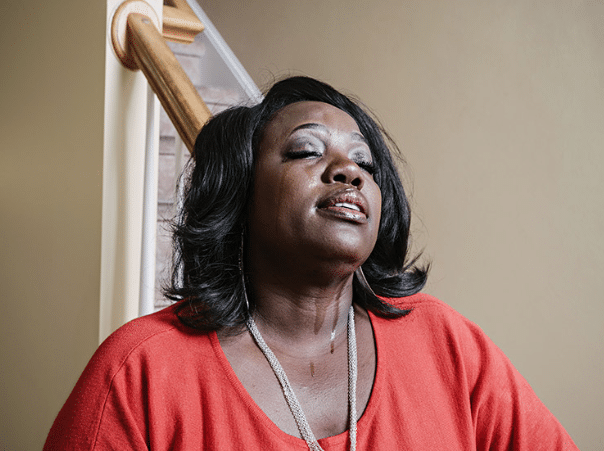 The film Emanuel is such a heartbreaking yet poignant story about the act of forgiveness. The Charleston church shooting happened 4 years ago this month, why is it important to tell this story again in this documentary?

Sadly the election of Donald Trump has exacerbated the issue of white supremacy and hate crimes are on the rise, why do you think this is happening?

I don’t think that it’s on the rise; I think that it’s always been the way it is. It just hasn’t been reported. It’s happened all the while and right now it’s getting more attention. I don’t know the statistic, but I am speaking to what I’ve seen and what I’ve experienced. It seems that white on Black crime just gets more attention these days. There’s more awareness now, but this has been going on for centuries. I can’t speak for anybody else – but yes, we can change the hate and yes we can be doing more.

Can witnessing acts of redemption and forgiveness change the hate?  Or should we be doing more?

I can’t speak for anybody else — but yes, we can change the hate and yes we can be doing more.

In an interview, you mentioned that you forgave Dylan Roof before you knew he had no remorse for his crimes. Do you still forgive him?  What gives you the strength?

What do you want people to remember most about your father?

There’s so many things. Mostly, that he was faithful until the end — to his beliefs. And that he died a hero.

The documentary film Emanuel was made in direct partnership with the City of Charleston and all ten families affected by the tragedy. The producers will donate their profits from the film to the survivors of the shooting and the families of the victims.

“We, along with the country, grieved each family’s loss,” expressed Executive Producers Viola Davis and Julius Tennon of JuVee Productions. “Yet, miraculously, from this devastation we witnessed tremendous benchmarks of humanity. The survivors found the courage to love in the face of hate.”

Below are clips from the film Emanuel, it’s a story that we should never forget. Check out Emanuel in theaters for a limited time only.