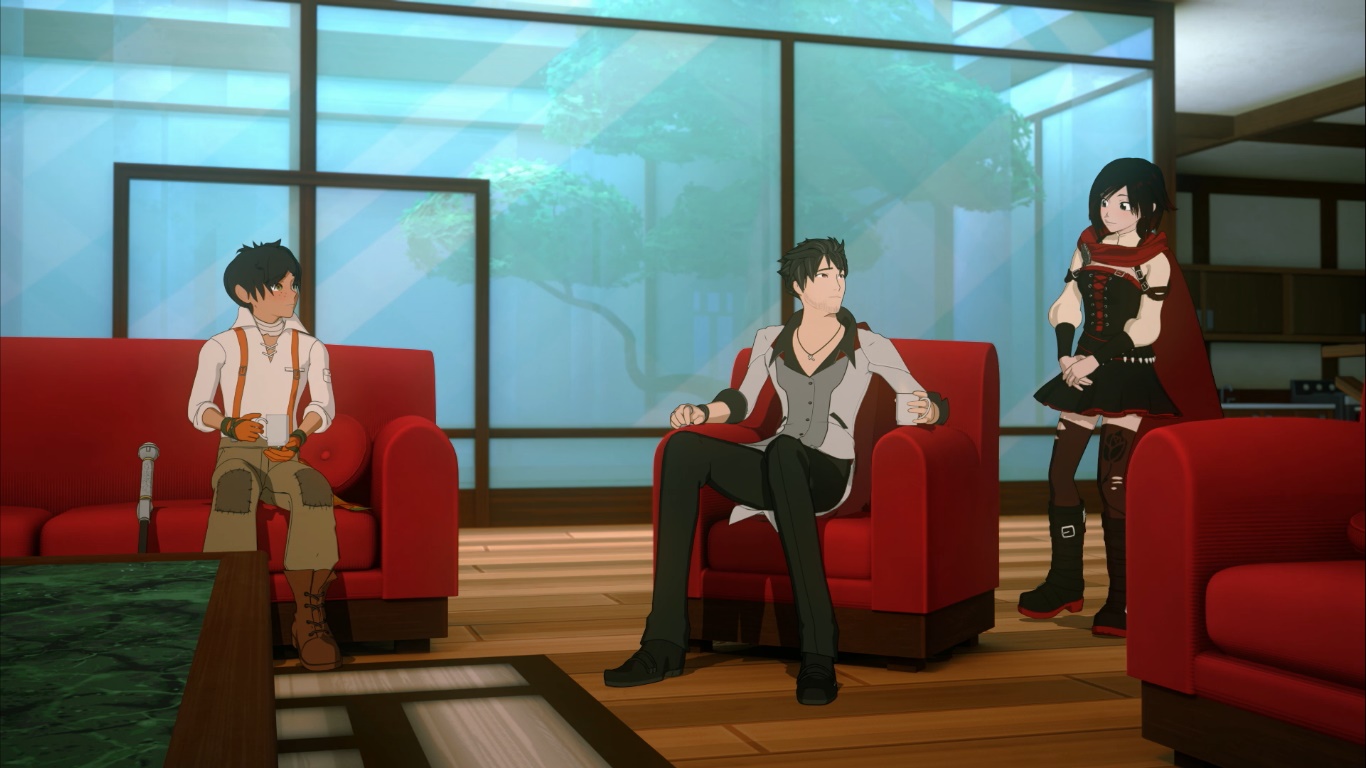 Qrow, the pessimist, reminds Ozpin that they’re in a lot of trouble. The battle at Haven is approaching in a couple days and they were unable to find any huntsmen to help them in the fight. The way things are looking, they’ll fail and witness the collapse of a second academy. And Salem will continue to grow stronger after obtaining the relic of knowledge hidden at Haven.

Which brings us to a good question that Ruby asks Ozpin: What happened to the relic hidden at Beacon? Salem successfully destroyed Beacon and has the Fall maiden; doesn’t she already have a relic? According to Ozpin, Salem does not have the relic at Beacon. Apparently, he did more to make sure that relic wasn’t found — for whatever reason.

Just when things are looking bleak, Qrow receives an optimistic call from Professor Lionheart asking to meet at Haven. This call solidifies Qrow’s fears. The professor’s sudden change in tone is a dead giveaway; both Qrow and Ozpin knows it’s a trap. 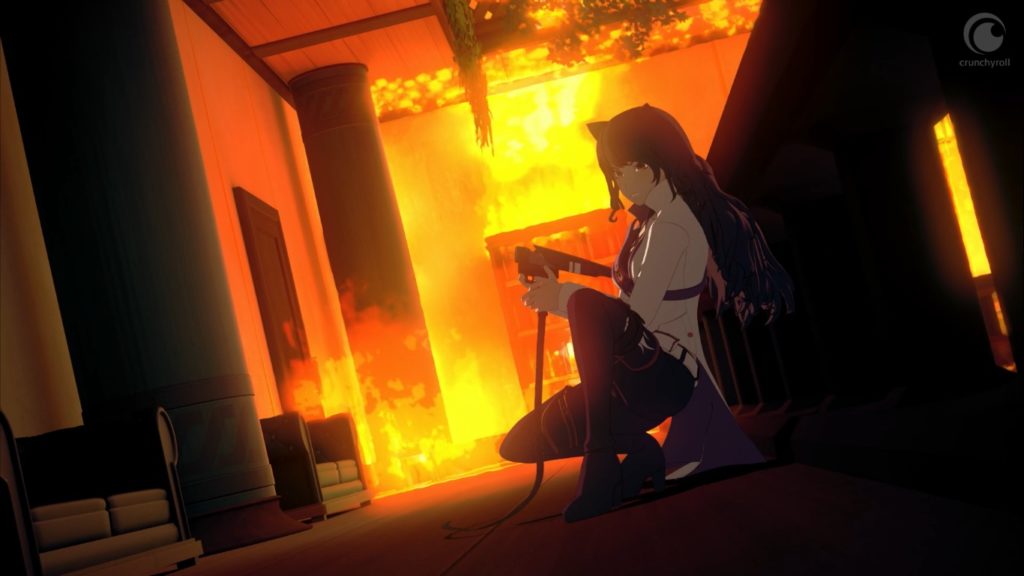 BLAKE VS. ILIA
As Ilia, filled with anger, hate, and confusion, attempts to take out Blake, Blake evades her blows and insists on saving her. It doesn’t look like Ilia will have a change of heart, until Ghira saves her life.

In a freak accident, fallen debris nearly crushes Ilia but Ghira catches it before it reaches her. Touched by his selfless action, Ilia sides with the Belladonnas. Amid the fighting, Fennec Albain dies and his brother, Corsac, is taken into police custody. Apparently, Blake’s mother handled herself like a boss taking out a few of The White Fang on her own. The Belladonnas win!

After witnessing first-hand how The White Fang attacked the Belladonnas and the Belladonnas ability to forgive (Ilia), the Faunus stand up and agree to protect Haven. So, I guess Qrow has nothing to worry about after all?

THOUGHTS:
I wonder exactly what measures Ozpin took to secure the relic at Beacon. I wonder if Ruby’s silver eyes have anything to do with it. We still don’t have an explanation as to why or how Ruby has silver eyes.

“By doing nothing and staying silent we let others speak and act in our place. And if we’re not proud of the choices they make, then we have no one to blame but ourselves.”

Dy is an aspiring filmmaker and writer; she loves all genres but is increasingly becoming interested in writing fantasy and sci-fi. She enjoys spending all her time watching anime and movies, and reading comic books. Follow her on twitter @dyprinzess..