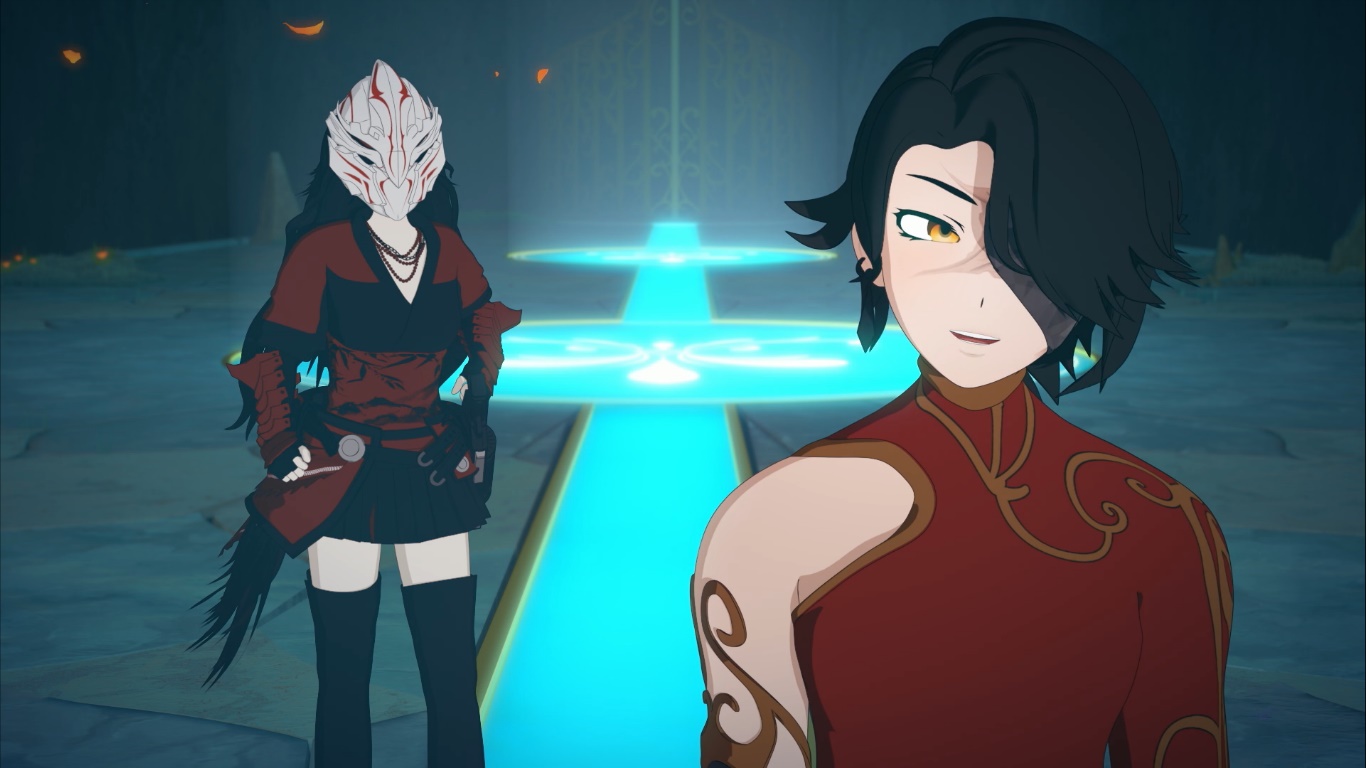 Last on RWBY, it ended with what looked like Weiss’ death. Episode 12 picks back up at that moment. Jaune dashes over to Weiss’ limp body and Ren checks her vitals which he states, “this is bad.” Jaune is still torn from when Pyrrha (basically his first girlfriend) died in battle and he doesn’t want to relive that pain. He gets emotional and suddenly, a bright light flows into Weiss’ body from Jaune’s hands and she gasps for air. Apparently, Jaune unlocks his semblance which conveniently is the power to heal. Weiss wounds start to disappear and she’s looking better and better as Jaune focuses on her. She doesn’t fully wake up this episode, but it’s safe to say she’s on her way to full recovery.

Meanwhile, Ozpin’s cover is blown. Professor Lionheart reveals that Ozpin has already been reincarnated and is inside the boy, Oscar’s body. Of course, all of the bad guys hate Ozpin and his philosophy. However, in this case, Hazel has a personal vendetta against Ozpin for something he specifically did to him. Ozpin fills Oscar in that long ago Hazel’s little sister wanted to become a huntress against Hazel’s wishes and ended up being killed during a training mission. Hazel never forgave Ozpin, feeling that she was too young. Naturally, the normally level-headed, Hazel, goes ballistic learning that he has another chance to destroy Ozpin, and transforms into some kind of dust on steroids superhuman.

In the chaos, Cinder doesn’t delay any further and heads to the underground vault with Raven and Vernal to retrieve the relic. As we all know Raven’s true plan is to steal the relic for herself. We also know, obviously, that’s easier than it sounds. As soon as Vernal is about to open the vault, Cinder KILLS her. Because, duh, if you kill a maiden her powers transfer to the closest person. But Cinder is surprised when that doesn’t happen; there’s no power in Vernal. And here comes the major plot twist, Raven reveals she’s the real Spring maiden.

THOUGHTS:
So, I was surprised – I had no idea Raven was the Spring Maiden. Great job by the RWBY showrunners with that reveal.

But now I have questions. Did Ozpin know? If so, why didn’t he tell Qrow? I mean aside from Qrow aimlessly searching for the Spring maiden; that’s his sister and I’m sure he would have wanted to know. This goes back to how I initially felt about Ozpin at the beginning of the season. If he’s not evil, he’s definitely grimy and I dislike the way he goes about things.

If he didn’t know, how could he have not known…? Isn’t he able to sense who has the maiden powers since he’s the one who created the maidens? And earlier, they insinuated that they (at least Ozpin) knew who the maiden was, but that she ran away because the duty was too much for her to handle – so I’m a little confused about that, however that story came from Qrow’s mouth and he might not have had first-hand information.

Furthermore, this makes more sense as to why Raven has so many reservations about Ozpin. It’s not that she simply doesn’t agree with his methods; she had been personally and permanently affected by him. And I wonder if it was her choice…

Also, after seeing Cinder’s attempt to steal the Spring maiden’s power, I realize I didn’t consider someone could have more than one maiden power. I automatically assumed that only one maiden power could enter into a person at a time. Learning that is a game changer for how I foresee the fight between Ozpin and Salem playing out.

Additionally, what was up with that hand movement from Cinder? She didn’t have abilities like that before.