If you haven’t seen RWBY, here are the basics:

The fifth season of RWBY aired first on the Rooster Teeth website and then on multiple streaming services Saturday, October 21st and will every Saturday throughout the season. RWBY is an American animation very similar in style to Japanese anime. The first season premiered in 2013. The creator, Monty Oum, also wrote and produced fighting games which influenced the interesting CGI look of the show and the amazingly intricate fight scenes. RWBY is about a fantasy world called Remnant where teens train to become hunters and huntresses to fight the ever-growing population of monsters referred to as creatures of Grimm. The show centers around a talented and cheerful teen girl named Ruby Rose who trains at Beacon Academy and is accompanied by teammates and friends, Weiss Schnee, Blake Belladonna and Yang Xiao Long.

Last season, Ruby and fellow classmates were recovering after the fall of Beacon and searching for a way to restore things back to normal. Ruby, along with Jaune, Lie, Nora and Ruby’s uncle Qrow, were headed to Mistral to talk to the headmaster of Haven Academy. Yang was at a crossroad and had to decide if she would meet up with her sister, Ruby, or look for her long-lost criminal mother, Raven Branwen. Weiss had escaped from her father’s clutches in Atlas by hitching a ride on a cargo plane to meet up with her sister, Winter, in Mistral. Blake was home in Menagerie with her parents and confirmed fears that the White Fang had been planning a full-scale attack on Haven Academy. Salem and her evil followers were carrying on with their plan to seek out the Spring maiden; Cinder continued to hone her powers as the new Fall maiden.

This first episode was very uneventful. Not necessarily in a bad way. It spent it’s time setting up the characters and plot for this new season. However, there were no action-packed fight scenes or too many twists and turns.

Ruby and Team At Haven

Ruby and team finally arrive at Haven Academy and meet with the headmaster, Professor Leonardo Lionheart. We learn that there is a magical power source called relics that only the four maidens (Winter, Spring, Summer and Fall) can access. The Professor explains to the students that the Spring maiden is missing, having runaway as a child when the responsibilities of a maiden became too much for her. This means they are unable to access the relics.

Qrow discloses that he knows the location of the Spring maiden which was revealed to him by his sister, Raven. Professor Lionheart informs them it would take a few weeks before they could retrieve Spring to Qrow’s disappointment. Qrow argues with Professor Lionheart over this point and leaves with the intention of handling the mission himself. After Ruby and company exit, Professor Lionheart gets an ominous phone call from a person who sounds like Dr. Watts (one of Salem’s henchman) telling him he needs to work on his improvisational skills. So, we don’t know how much of the truth was divulged by Professor Lionheart.

Later at a bar, Qrow is approached by Oscar Pine, who is possessed by Professor Ozpin’s soul. Qrow brings Oscar back to the students to meet with them as well. 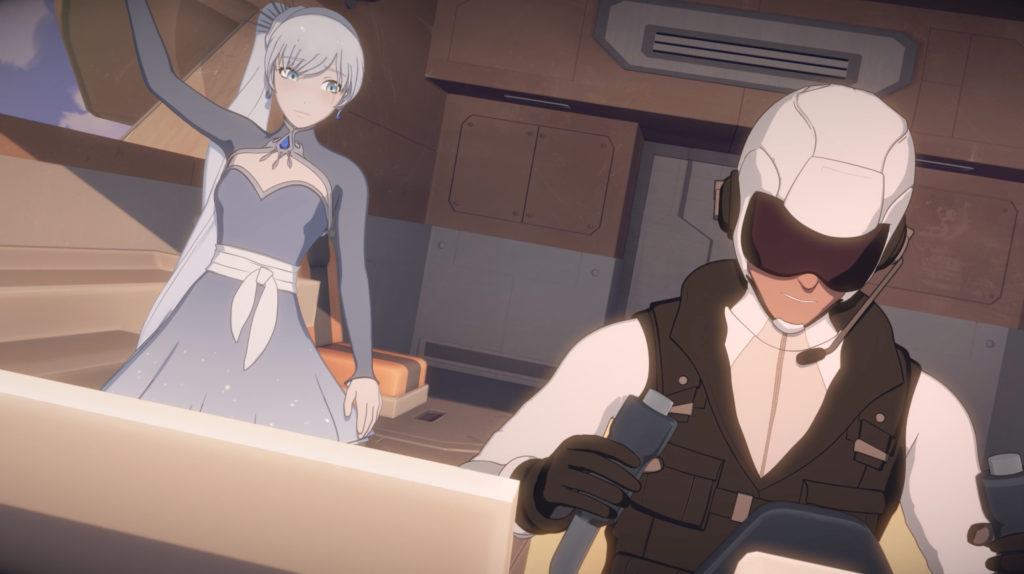 Weiss is on a cargo plane headed to Mistral. On the way, they receive a distress call on the radio from people who sound like they are being attacked by Grimm. The pilot refuses to stop to help. 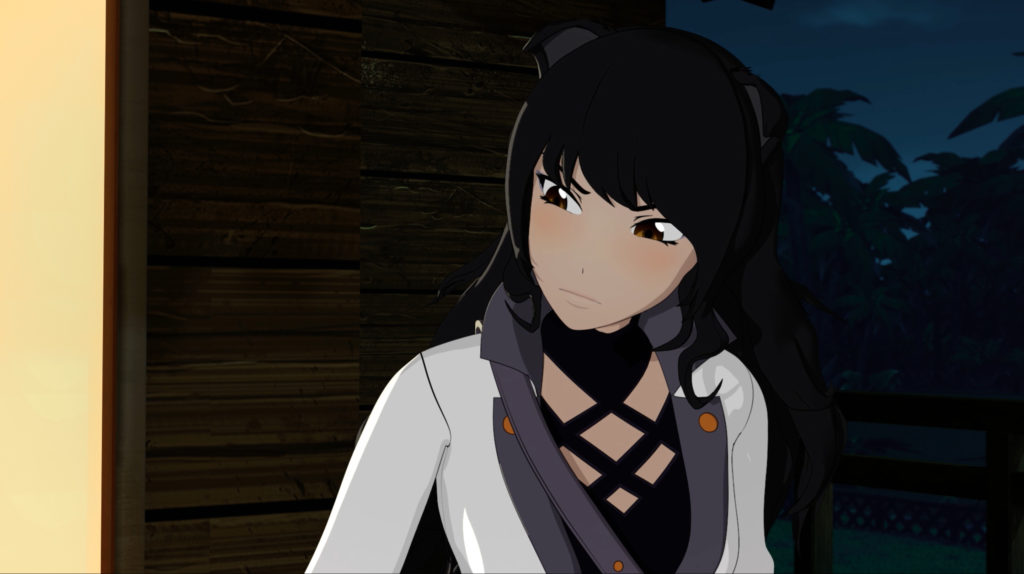 Blake is still in Menagerie. She is confronted by her former friend Illia, who is a part of the terrorist organization The White Fang. Illia genuinely warns Blake to leave Menagerie for her safety. 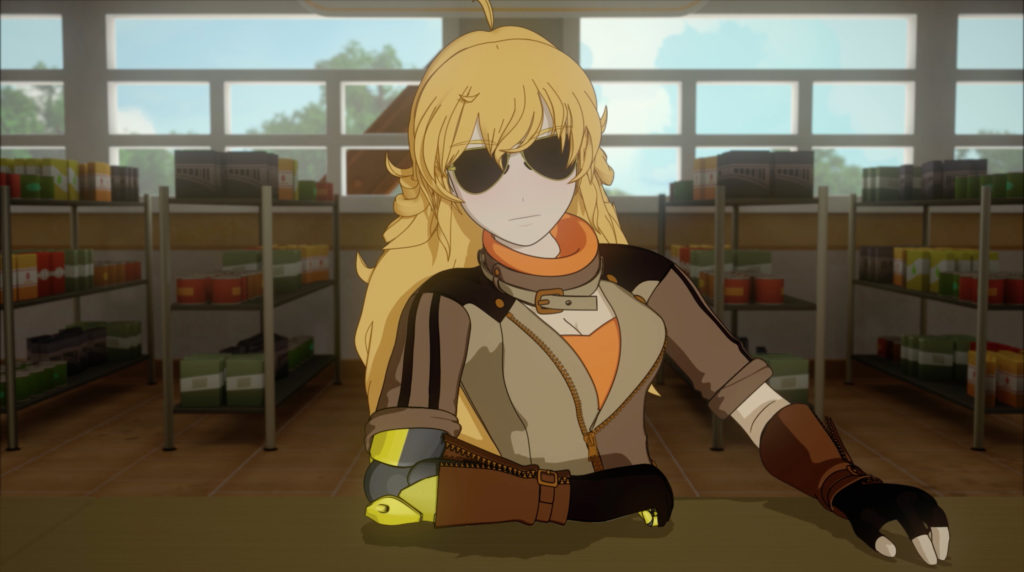 We learn that Yang chose to search for her mother who’s with the bandits of the Branwen tribe, rather than joining Ruby in Mistral. Unintentionally, she runs into a man at a rest stop who suggests he can help her find what she’s looking for.

I think Team RWBY will eventually end up as the four maidens; as follows: