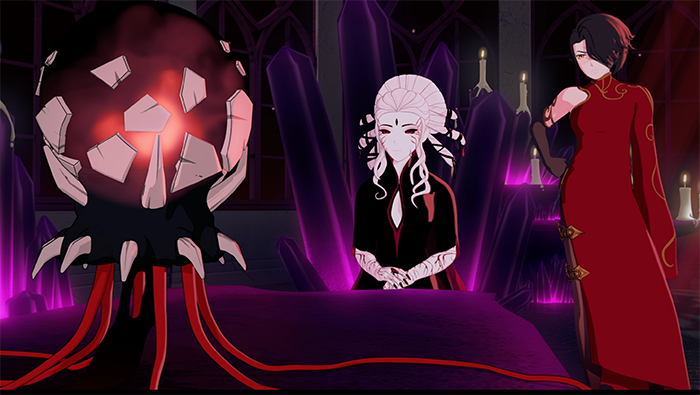 This episode of RWBY focused heavily on the villains’ perspective. It begins with Headmaster Lionheart updating Salem on the Spring maiden’s whereabouts and then Salem giving her subordinates instructions on what to do next. For the first time this season, we see Adam (member of The White Fang) and how he fits into Salem’s plan. Oh yeah, this episode also includes an intense battle scene with Weiss and some Grimm; as always, the fight scene is well-choreographed, exciting and fun to watch.

Headmaster Lionheart is escorted by Watts to speak to Salem via a crystal ball-type object. Lionheart is visibly terrified and it’s obvious he’s assisting Salem against his will. He informs Salem that they were visited by Qrow and have found the Spring maiden. Cinder, who’s at Salem’s side, demands to know if RWBY is in Mistral; at this point we also learn Cinder is well enough to speak again. (In the previous season, Cinder could not speak after being severely wounded in battle by RWBY).

Salem orders Cinder and her team to join Watts and go to Raven Branwen where Spring is located. She wants Cinder to convince Raven that the survival of her people depends on her cooperation. Then they are to bring Spring to the relic and contact Hazel (another henchman of Salem) who’s watching over The White Fang. This should be interesting since Yang is on her way to meet with her mother, Raven. She may be able to convince Raven to reject joining forces with Salem, but we’ll see.

Before Cinder arrives, Watts is instructed to go after RWBY, since Tyrion failed to capture her. The scene ends with Salem ominously telling Cinder she wishes to have a word with Tyrion. I have a feeling this may be the end of Tyrion because of his failed mission. 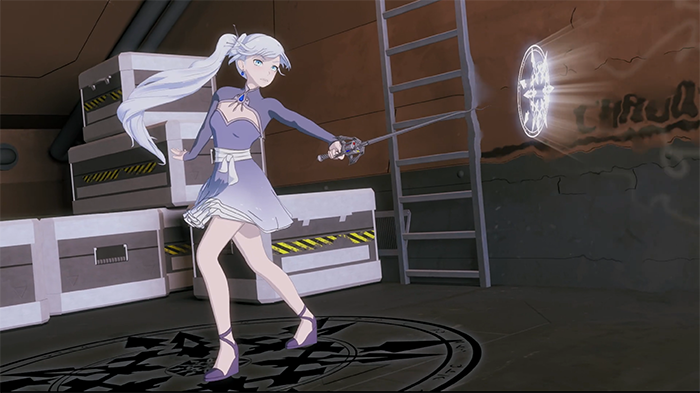 Weiss and the air ship she’s onboard passes through floating islands, which are lovely, but apparently dangerous because the islands are infested with Grimm. Immediately she and the pilot witness firsthand what the distress calls were about — a ship crashes and another ship is attacked by Grimm that resemble wasps called Lancers. Not able to standby any longer, Weiss relocates to the back and urges the pilot to open the rear door. She loads her saber with dust bullets and begin firing at the Lancers once the door opens. Gracefully, with ballet-like motions and excellent precision, she aims and takes down Lancers as they approach the ship. They fly through a tight space in between the islands and she uses that opportunity to cause an avalanche on top of the Lancers which wipes them out.

Unfortunately, as soon as they think they are in the clear, the Queen Lancer shows up which is larger than the others, nearly the size of the air ship. Weiss is unable to use the same amount of strength on the Queen that was used on the other Lancers, so she unloads the entire cargo of dust onto the Queen. But even that doesn’t work. She’s then forced, Final Fantasy style, to summon her knight guardian which she uses to perform direct combat. The Queen is defeated, but the ship suffered too much damage and crashes. 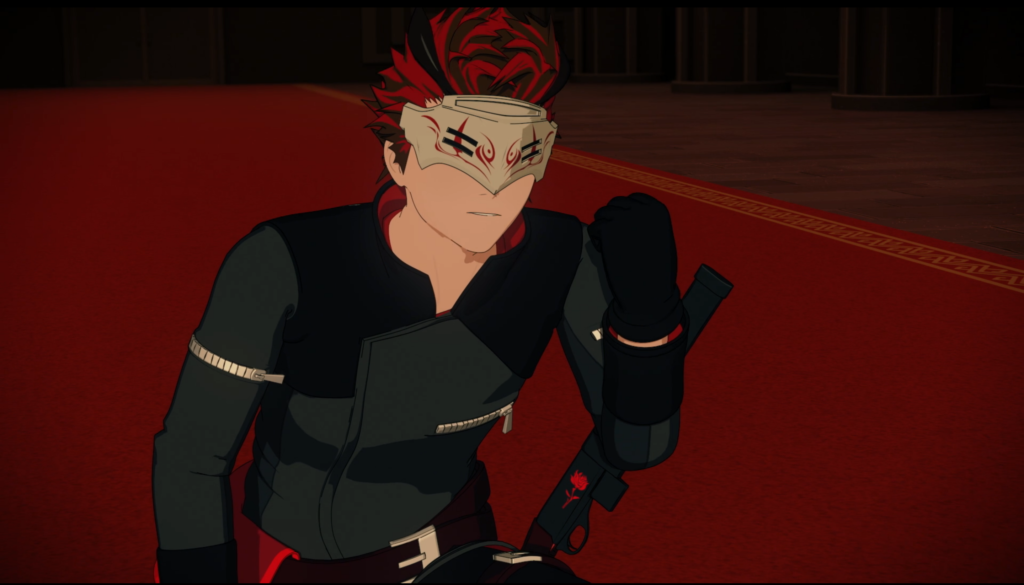 Adam and The White Fang

The scene starts off with Adam and the high leader, Sienna Khan, of the White Fang arguing. Adam is having a hard time convincing the high leader to move forward with an attack on Haven Academy. Khan felt Adam’s assistance with the attack on Beacon Academy crossed the line and now The White Fang is more of a target than they had ever been. Her goal is only to make a better life and world for the Faunus people.

To further persuade Khan, Adam brings in Hazel. Hazel empathizes with her but his attempts to sway her don’t work. Now impatient, Adam further pushes his extreme views and exclaims that the humans should serve the Faunus. Khan disagrees and requests Adam and Hazel’s arrests. Regrettably for her, the guards are already under Adam’s command and influence. The guards disregard her instructions and with little warning, Adam stabs her on the spot. He then assumes the position of high leader himself and tells his followers to communicate that the former high leader was killed by a human huntsman. Hazel is surprised by the sudden change in plans and lets Adam know he doesn’t like changes without his knowledge. Which means this act was most likely done without Salem’s knowledge as well. When Salem learns of this, she will either be pleased with the results or furious with Adam for not consulting her. Also, this is a sign that Adam cannot be trusted. He betrayed his leader and murdered her in cold blood and also kept secrets from Salem. What is Adam’s actual motives? Right now, it looks like he just wants power for himself. If this is true, he’s young and headstrong; I can see his pride getting the best of him and him being executed.

The episode ended with Weiss and the pilot crawling out of the ship which has been wrecked. People approach them and Weiss tries to cry for help. The camera tilts up and reveals Raven Branwen and her men. So inevitably there will soon be a reunion with Weiss and Yang. 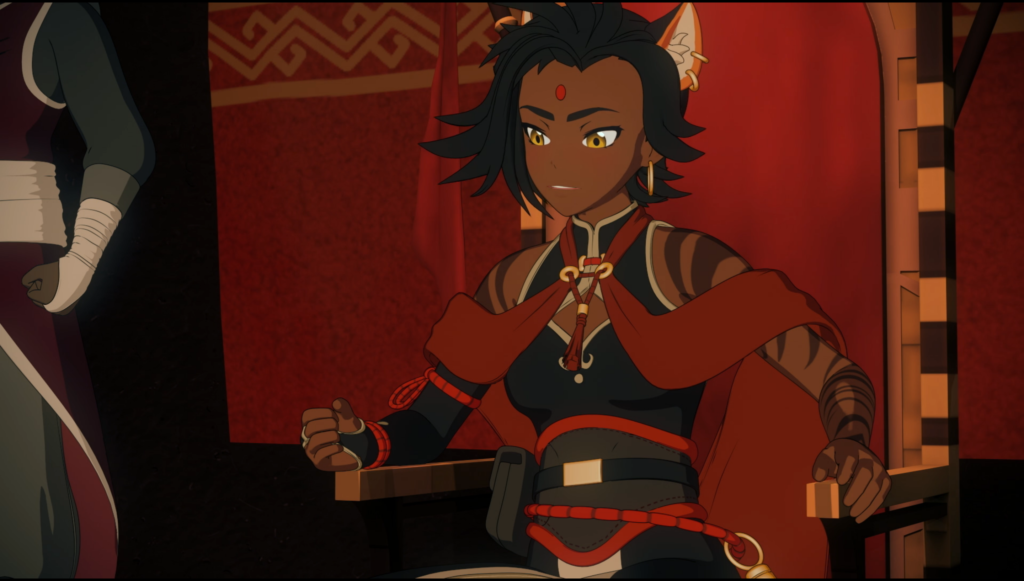