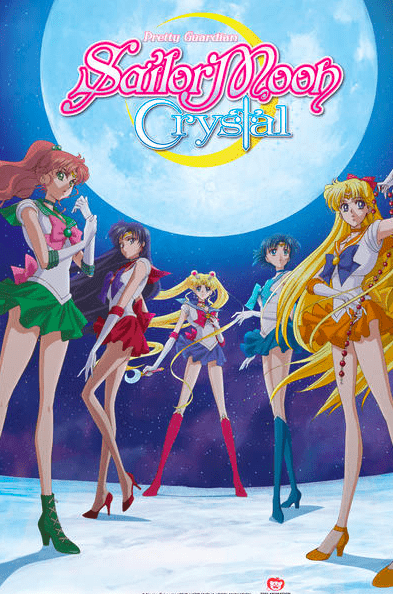 When Naoko Takeuchi created Sailor Moon, she never knew it would be so popular. Takeuchi was lonely and the idea of Sailor Moon came about as female friends that she wishes that she could have. With her soul reflected in her work, it spoke to fandom as many others understood the feeling that she had. Sailor Moon expanded into anime, video games, merchandise, and became one of the major icons of Japan.

There isn’t an anime fan that doesn’t know about the iconic magic of Sailor Moon. From the amazing girl power transformation sequences to the famous music, Sailor Moon has always reminded fans of the importance of fighting evil by moonlight, winning love by daylight, and of course, never running from a fight.

Comic book historian Tseang started off the panel by announcing that next year will be the 30th anniversary of the original series. So, it’s time for audiences to plan their Sailor Moon parties, because history has been made.

A key part of the celestial history has been the Sailor Moon: Crystal adaptation. The animation may be different, but the ethos and power of the show has remained the same. The panelist were truly able to break down what the entire franchise has meant to them both personally and professionally.

Miller was one of the first to share what the series has meant to her. She explained that she grew up watching Sailor Moon on Toonami and she loved it. Ironically, it was Sailor Jupiter that Miller found she could relate to most.

In 5th grade, Miller was taller than her friends like Sailor Jupiter was and she liked sports but also adored Disney princesses. She felt like her own seemingly contradictory interests were similar to Sailor Jupiter’s ability to both kick butt and bake delicious food.

Being cast as Sailor Jupiter was surreal to Miller, as she began to immediately feel imposter syndrome. She described the feeling as a “comatose dream.”

She went on to share that before she went in for her first recording, she read Instagram suggestions that recommended that she make a “tomboy voice” or a “girly-girl.” However, she decided to use the same voice that got her the role.

She mentioned that the voice she auditioned with was essentially her own, but maybe a little younger sounding. She laughed and suggested that maybe her love for Sailor Jupiter as a child had given her 20 years to channel her voice for this Sailor scout.

Miller realized that Sailor Jupiter, like all women, is more than how she sounds. She didn’t question who she was or if she was good enough after discovering that Makoto, the creator of the series, listened to her voice out of several others, and chose her for the role. Sailor Moon has always provided inspiration for the value of being one’s self, and she is living proof.

Maggs, a longtime believer in the power of female friendships, was eager to share her thoughts on the show. She expressed that Sailor Moon does such a great job of reminding people, women especially, that women should not be taught to compete instead of to cooperate.

She told the other panelist that many shows wrongfully take on the trope that there can only be one leading female character. This Smurfette, one lady only rule is detrimental.

She loves how the Sailor scouts support each other while having different talents and personality. She mentioned that she resonates the most with the character Amy, as she relates to her personality the most.

Maggs later shared that she loves how the show plays around with gender and isn’t afraid to give masculine or feminine characteristics to anyone, regardless of gender construct.

“The show allows girls to be who they are without shaming—there is acceptance” she stated. She recounted on how beautiful it is that Sailor Moon openly cries and eats lots of food, always being who she is.

Bryant began by sharing that they’re non-binary and always fighting for communities to be more diverse and respect preferred gender pronouns.

They enjoyed how Sailor Moon was always destroying the gender binary with fluid characters that could sometimes even switch between genders.

Additionally, he admired how the show illustrated the love within female friends that reminded them of the women that they are friends with.

They shared how the character, Sailor Moon, specifically resonated with them. As someone on the autism spectrum, Bryant appreciated how Sailor Moon could be award, clumsy while still working to make friends.

Many people don’t understand Bryant having autism but still being a community builder, but it just should how dynamic people can be. They love the different take that the show has on feminism and how the girls can be crying and boy crazy but still strong, even having magical tears that are truly prevailing.

Ruff is a well-known voice within many anime series, such as, Lupin The 3rd and Chobits. She opened up to the panel about her experiences voicing Luna.

She had admired Makoto’s work and inspiration for the series prior to getting the role. She felt the depth of Makoto’s experience with loneliness and isolation and her decisions to envision the Sailor Scouts as the friends that she wished that she had. It’s quite fitting, as most fans wish they had friends like the Sailor scouts.

Ruff mentioned she was told by voice directors that Luna shouldn’t sound like a mother role to the scouts, but rather, an older sister.

Like the other panelist, Ruff enjoyed how the series was dedicated to allowing women to be themselves.

All of the panelists agreed that Sailor Moon has and still does challenge so many gender norms and assumptions and embrace fluidity as well as female power. The amount of shameless selfhood combined with great outfits and notorious fight sequences has audiences feeling simply over the moon.