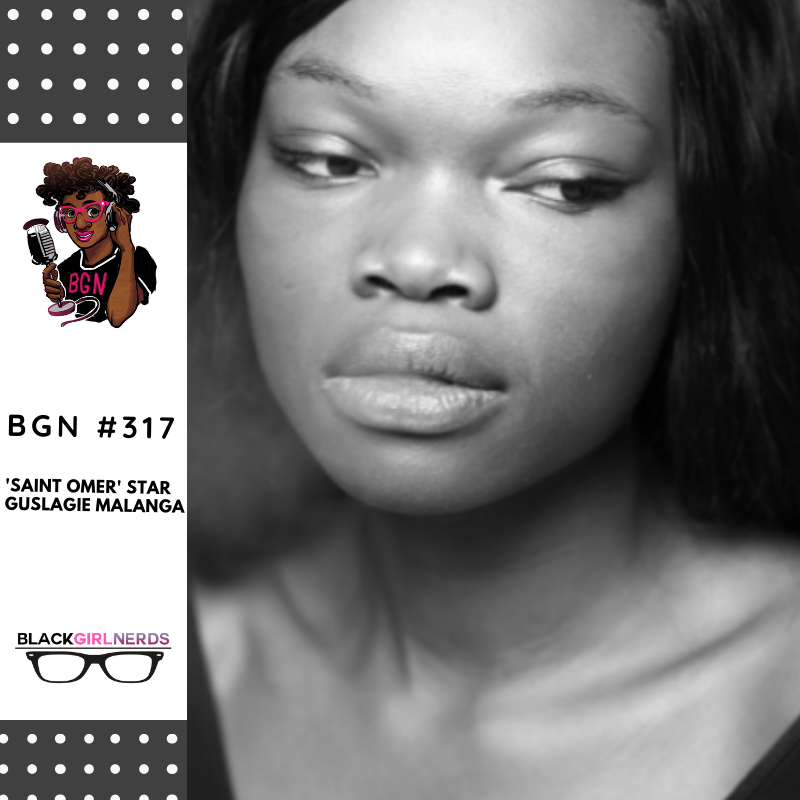 In this week’s episode of the Black Girl Nerds podcast, we interview Guslagie Malanga who stars in the French film Saint Omer directed by Alice Diop.  The film premiered at the Venice and Toronto International Film Festivals and was entered for Best International Film for the 2023 Oscars.

In Saint Omer, Rama is a novelist who attends the trial of Laurence Coly (Guslagie Malanga), a young woman accused of killing her 15-month-old daughter. Testimonies from witnesses and Coly’s own words soon shake Rama’s convictions.