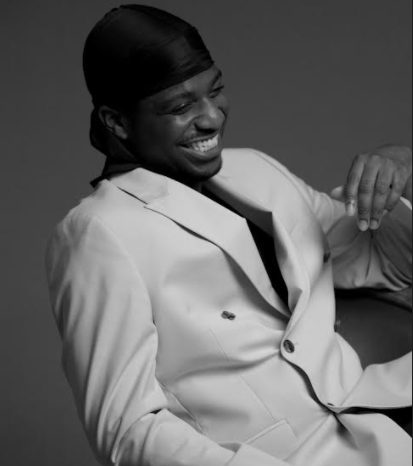 Samuel Arnold has served as the comedic light in the midst of moody Paris in the Netflix series Emily in Paris. Critical but with a soft heart, Arnold did not start in comedy with the character of Julien. Born in Paris on July 11, 1991, Arnold is a born and raised Parisian. This simple fact made him perfect for playing the role of the average French working man in the series. Before diving into television, he was a professional dancer and performed in various theater projects. He starred in the French TV film Tuer un Homme as well as performed at London’s National Theatre in Antony and Cleopatra along with Ralph Fiennes.

He went on to attend the International Film and Television School of Paris, also known as EICAR, where he studied acting from 2012 to 2013. From there, he attended the Giles Foreman Centre for Acting from 2013 to 2015.

Arnold’s character Julien was initially more of a background character in the first season of the series. However, in the second season, Arnold has been able to have more spotlight moments to showcase his acting range.

Despite Arnold’s acting skills, the show has not been able to avoid controversy. The first season was a hit on Netflix despite the critical reviews, with the platform stating it was “its most popular comedy series of 2020.” The show even went on to score a 2021 Golden Globes nomination for best musical/comedy series and Emily herself (Lily Collins) earning a nomination as well for best television actress in a musical/comedy. Nevertheless, the show had blatant mistakes that needed to be immediately corrected.

Focusing on a white woman who comes into France with little knowledge of the language and taking pictures everywhere she goes, Season 1 felt it gave an inaccurate view of what France is truly like. There was very little inclusivity and diversity, with Arnold being the only Black character featured in Season 1. There were two sides of the Emily in Paris audience base — those who genuinely enjoyed the show and those that were hate-watching it due to its daily growing controversy. Lily Collins herself went on to address the controversy from Season 1, telling Glamour that she was “really passionate about including [more] women, people of color, and also sexual orientation, to really show more of what the world is, and be a part of the Emily family.”

Despite this dedication to make Season 2 more inclusive and diverse, there is still controversy arising. Nevertheless, Arnold and his character of Julien continue to grab viewers in a positive way. In a previous interview with BGN, Arnold states that Julien “…lives every day as if it is a celebration of life. He loves himself a lot … he loves fashion, is glamorous and sassy. He is very kind.” In Season 2, the audience is able to dive more into these attributes that make Julien who he is in the world of Emily in Paris.

BGN spoke with Samuel Arnold via Zoom about the growth of Julien in Season 2, how he compares to Julien in his own life, and what he hopes to explore in the next season of Emily in Paris.

How do you feel your character, Julien, and Emily in Paris overall have grown since Season 1?

As a Parisian yourself, where were some of your favorite places to shoot this season?

I loved being able to shoot on the boat. The entire cast was there. We were there all night and were able to watch the Eiffel Tower lights sparkling. It was a pretty cool experience.

We watch this season as Julien tries his hand at romance. What characteristics do you feel Julien’s perfect partner would have to have for them to find a forever romance?

I feel that whoever dates Julien should be tolerant. He has a very big personality, so whoever is with him should definitely be tolerant of what he does and who he is.

How do you feel you and Julien are similar and different?

I feel that Julien in many ways is a more exaggerated version of myself.  I learn from playing him and try to be more like him in my daily life.

Throughout the season, we see Julien securing deals and taking names. What is it like for you personally to be playing a Black professional who is 100% authentic for other Black people to be inspired by?

It means everything to me. I have little brothers and little cousins, so being able to play this role and for them and others to see me play this role means the world.

What do you hope to see next from Julien in the next season of Emily in Paris?

I have this fantasy: Julien moving to Chicago like Emily did with moving to Paris and having an experience like she did. I feel that that would be a really funny thing to do.

Season 2 of Emily in Paris is now streaming on Netflix.