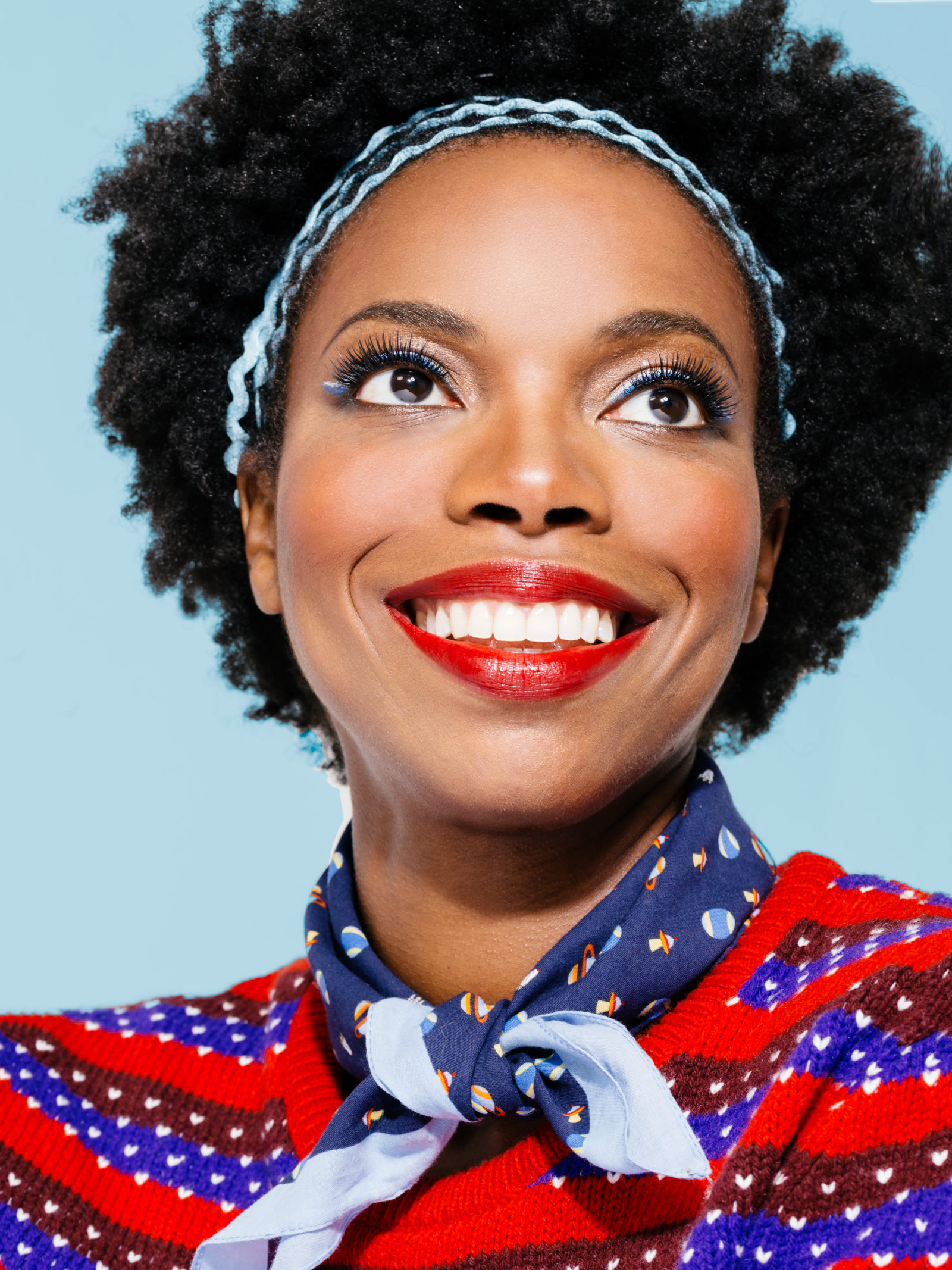 Actor/comedian Sasheer Zamata is paving the way to a career that expands far beyond her humorous sketches on SNL.

The Upright Citizens Brigade alumna is starring in her first leading role in a feature film called The Weekend, a whimsical rom-com about two ex-lovers who spend a weekend at a bed and breakfast only to discover that maybe their break-up was just a “break.”

Sasheer plays Zadie, a self-deprecating, passive-aggressive, standup comedian who catches feelings for her friend and ex-lover Bradford (Tone Bell) during a weekend getaway. Sasheer Zamata has appeared in such TV shows as Transparent, Inside Amy Schumer, and People Of Earth, but she’s most known for her work on the long-lived prime time sketch comedy series Saturday Night Live.

Sasheer sat down with BGN to chat about her role of Zadie in The Weekend and breaks down this complicated character who has built some emotional walls that need tearing down.

You play Zadie, a stand-up comedian in this quirky rom-com. Did you draw from any of your own personal experiences in comedy while prepping for this role?

I guess maybe having a mom who doesn’t get what you’re doing.

Any artistic endeavor takes time. And you might have friends who are also in their 30s or around your age who are doing things that make a lot more money or seem more important. And then you’re like, well, I’m still performing in basements for free. So that’s where I’m at. I think Zadie’s character is kind of a messy person who happens to be a comedian.

Kym Whitley plays your mother in this film, and she herself has been a mentor for many female comedians. Did she coach you at all during filming?

She did. She was super wonderful to be with on set. She’s hilarious 24/7. She was cracking jokes the whole time. And also her range in this film — I feel like she’s mostly just making everyone laugh all the time. But it was nice to see her have some thoughtful moments or some caring moments or some hurtful moments.

Zadie is pretty complex. There are moments where she annoyed me and other moments that made me laugh and appreciate her flaws. Is that how you also saw Zadie?

I like this character because she does tick people off. She does a lot of frustrating things and makes confusing choices sometimes. But I think most people can see how human she is. Sometimes, you make decisions that you’re not aware of because you’re so wrapped up in your emotions, or you’re so wrapped up in yourself. You’re not really considering other people in the situation, or whatever the thing may be. But I think even though she can be very blunt and harsh at times, she is very open and raw. And I think a lot of people appreciate that.

This cast is so stellar. I was just really impressed by the level of talent and bringing in this fresh new crop of actors into this great rom-com. What was it like working with some of the cast?

This whole process has been truly one of the most fun things I’ve ever done. Everyone is so talented and so funny, and also just really cool and chill to be around in general. So, you know, we were shooting in Malibu, and it just felt like we’re in summer camp the whole time. Even if we weren’t necessarily working in the scene or in that shot, we’d still hang around and joke with each other off-camera just because we liked hanging around each other. It’s really nice. We’re all around the same age. We’re all Black.

It was just a really nice environment. Stella [Meghie], the director, is really good at picking talent and picking people who she thinks would vibe well together. I feel like she did a really good job with that.

In my review of The Weekend, I asked this question and I now want to ask it to you. Does Zadie use the guise of being satirical and ridiculing others in order to guard against what she may believe people think of her?

It’s definitely a defense mechanism. That’s actually her personality, especially how she relates to the world. That’s what she thinks is fun and funny. But also, there’s definitely walls that are in place and have been built over years for whatever reason. I know people like this. I know comedians like this. I know people who are not comedians like this. It’s hard to pinpoint one thing be like, “Oh, she’s playing the guard,” because she wants to make fun of herself or somebody else makes fun of her or she’s scared to be real. It could be all of those things or none of those things. It’s definitely a guard in some way. I think she’s so deep in it that she doesn’t even know how it’s coming off. She thinks that this is a normal way to communicate. Then when you put her in a situation with people who do not communicate like that, it’s very obvious that she’s the uncomfortable one.

I have a podcast with my best friend Nicole Byer. It’s called Best Friend. We answer people’s advice questions. You can ask us anything about our friendship and your friendship, and we will answer to the best of our ability. I’m also doing a lot of stand up. I have a new hour of material that I’m really excited about. I’m working on a new special. I don’t know when that’s coming out; I’m self-producing it. This is the first time I’ve ever done something like that. But I’m, like, learning as I’m going, which is really exciting. But it’s a lot. So yeah, I’m excited to get that done. Hopefully out next year or so.